Lately, we have been playing with a lot of blocks. From the big kids to the toddlers, everyone has been having a lot of fun and a lot of learning has been going on as well. When I was in the classroom, I often heard questions about the benefits of block play, so I thought it would be fun to show off our new blocks with some developmental toddler block play ideas. 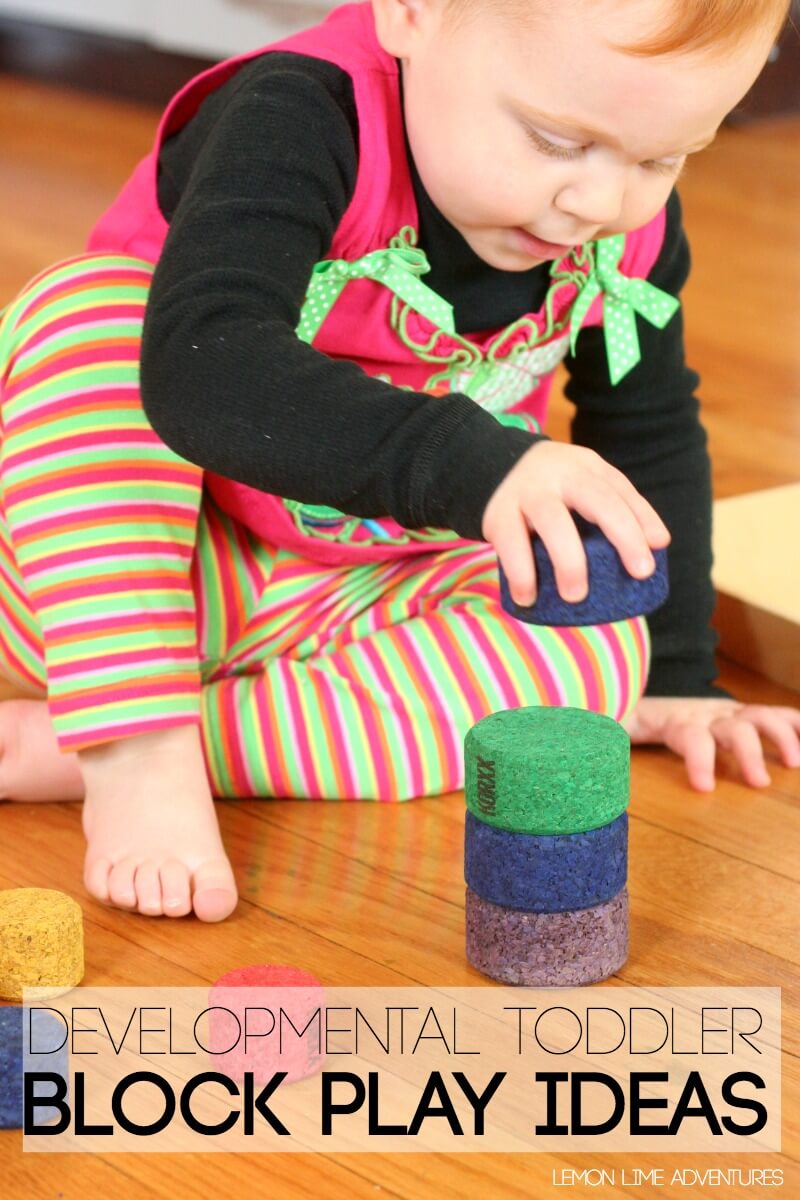 * I received product from KORXX for review for this post but all thoughts are my own and I am completely in love with the blocks!

Toddlers are fun to watch learn and develop. They are constantly learning and reaching new milestones. We absolutely love block play because it meets the needs and strengthens the toddler developmental skills in so many ways. 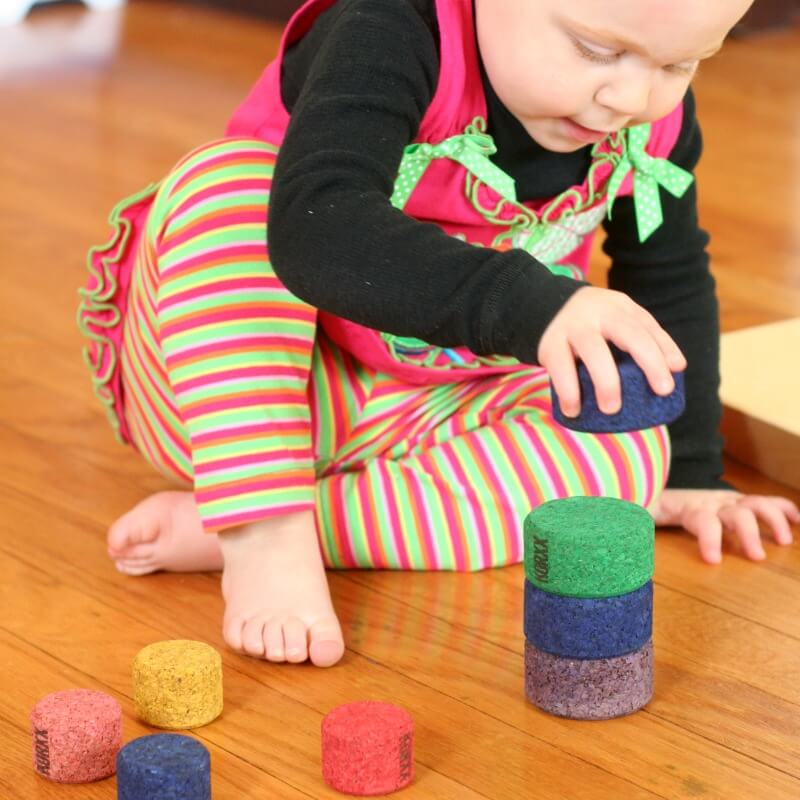 Blocks are the perfect learning tool for toddlers to work on hand and finger skills. There are so many classic block play ideas that incorporate this skill nicely. In addition, because KORXX is made of sustainable cork, the blocks make it easy to build and attempt towers and stacking at an early age.

Some Block Play Ideas for Hand and Finger Skills: 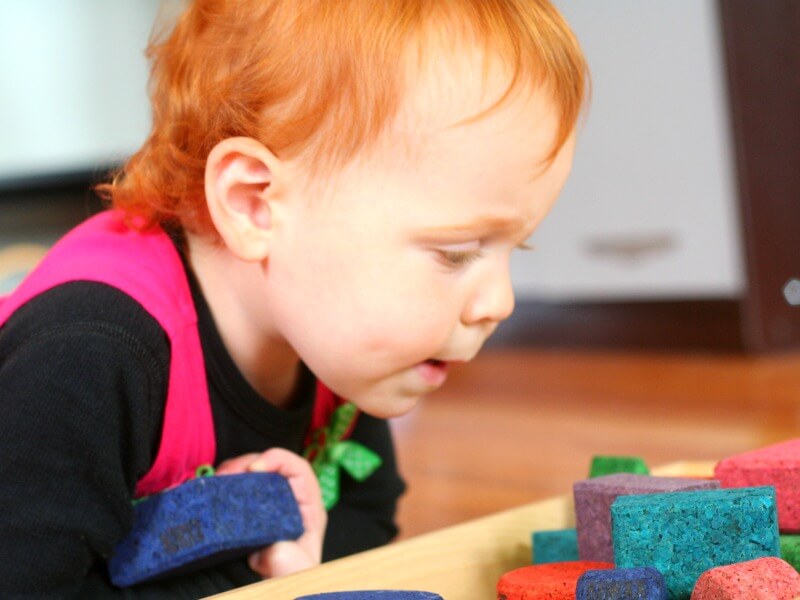 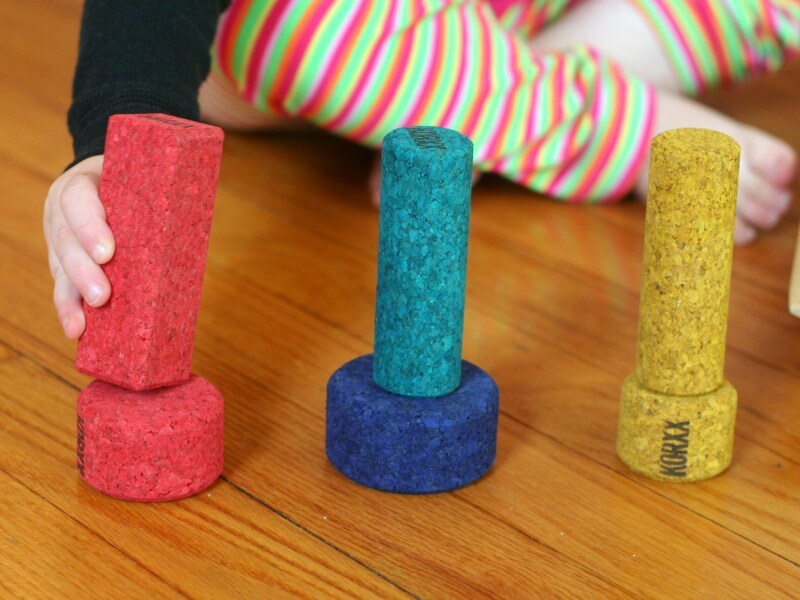 I am in love with this age right now. I love seeing my toddlers brain working overtime. One of her favorite games right now is to match colors and to “count” objects. While she can only say “two” “two” “two”, she has the one to one correspondance down and is very good at giving each item a number. 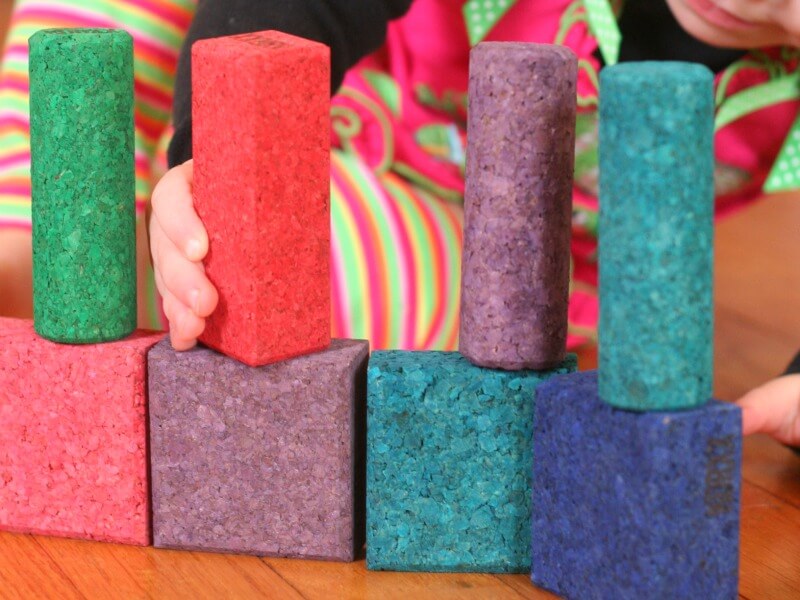 Because these blocks are so incredibly beautiful, they make for a toy/tool that toddlers will want to play for a sustained amount of time. Ever since we pulled out the blocks, she has been getting out the bin on her own and playing for a good amount of time independently. Block play is an excellent way to encourage children to separate from others and establish their skills independently.

Source:Caring for Your Baby and Young Child: Birth to Age 5 (Copyright © 2009 American Academy of Pediatrics) 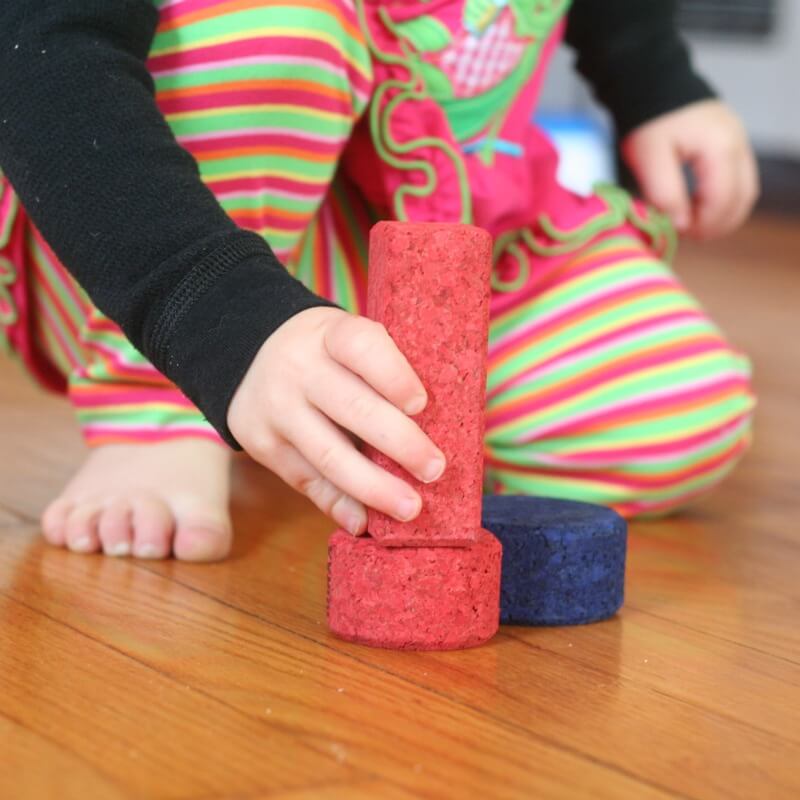 I could go on and on about block play ideas for your toddler but I will let you explore these awesome blocks on your own. KORXX is launching a brand new Kickstarter campaign on May 15th and they need you to help them increase production of their wonderful materials!

KORXX is an all natural and sustainable building block made from natural cork harvested without harming the trees. The blocks are soft and silent, stable and safe, light and lovely. As someone who is particular about the type of toys I bring into the home, I love that KORXX’s high quality cork is a natural material free of any harmful contaminants and cork provides excellent stability without slippage. Unlike typical cork used for other products, it is also safe for even the smallest of children.

KORXX pressed Cork is free from harmful substances (phthalates, dioxins, formaldehyde) and has no other sensory emissions. The product adheres to the guidelines for children’s toys (under 3 years) and the harmonized standard DIN EN 71.

I encourage you to check out KORXX Kickstarter campaign! In addition, KORXX has been generous enough to offer a giveaway of their wonderful product! So don’t forget to enter for your chance to win your own set of KORXX blocks!

More Ideas for Fun and Learning with KORXX

Cooperative Sibling Play with KORXX Blocks from House of Burke