Do you have a kiddo that seems bound and determined to destroy things? I sure do. Whether he’s taking apart the remote control (again) or pulling apart his brother’s very intricate lego sculpture, there’s always something being destroyed. But how do we take that energy and make it creative? Simple. Give him a totally classic science experiment that includes making something explode! Now we all have seen the baking soda and vinegar volcano experiments a hundred times, but for the kid who wants something a little different, we’ve added an extra explosive element to this version of the exploding volcano science experiment! The volcano erupts much more realistically rather than oozing out of the top of the volcano like a lazy river. 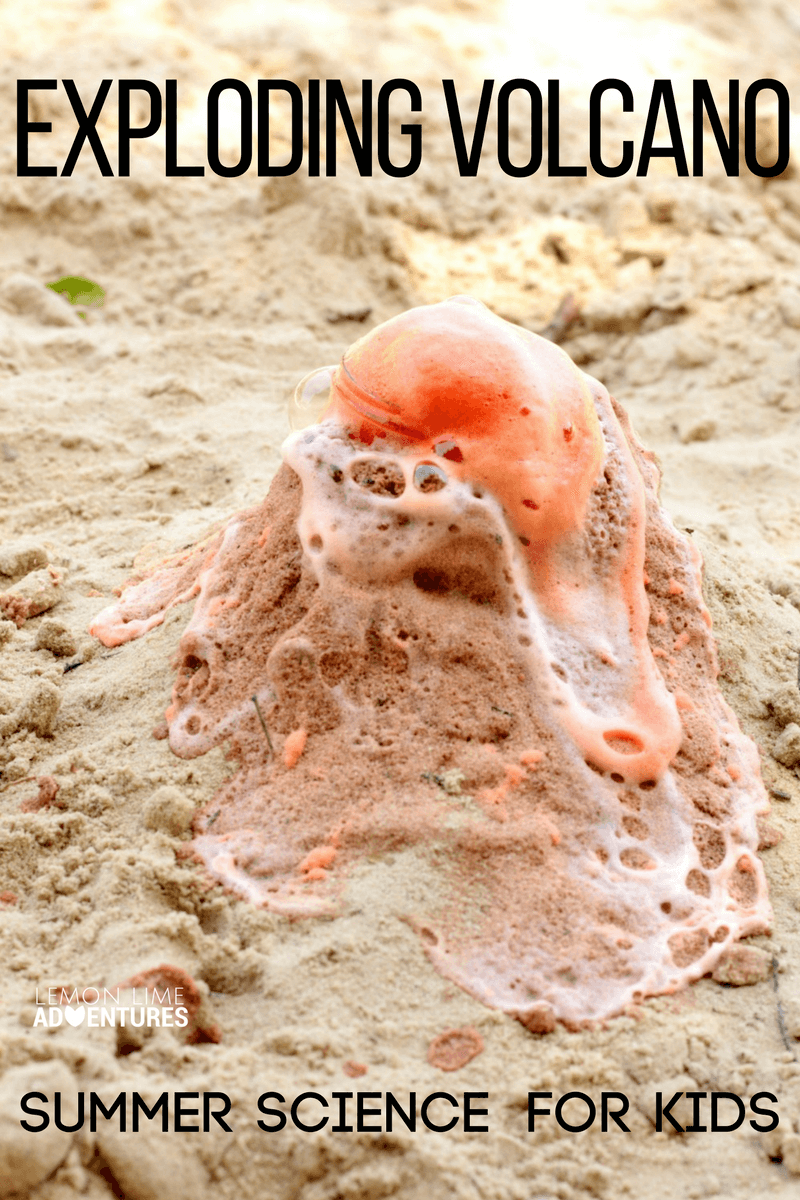 I’m sure that your kids will love this new twist on the classic exploding volcano science experiment! It’s so realistic that you shouldn’t be surprised if your kids play that some of their toys are villagers running from the lava. (Ask me how I know!)

What you’ll need to make an exploding volcano: 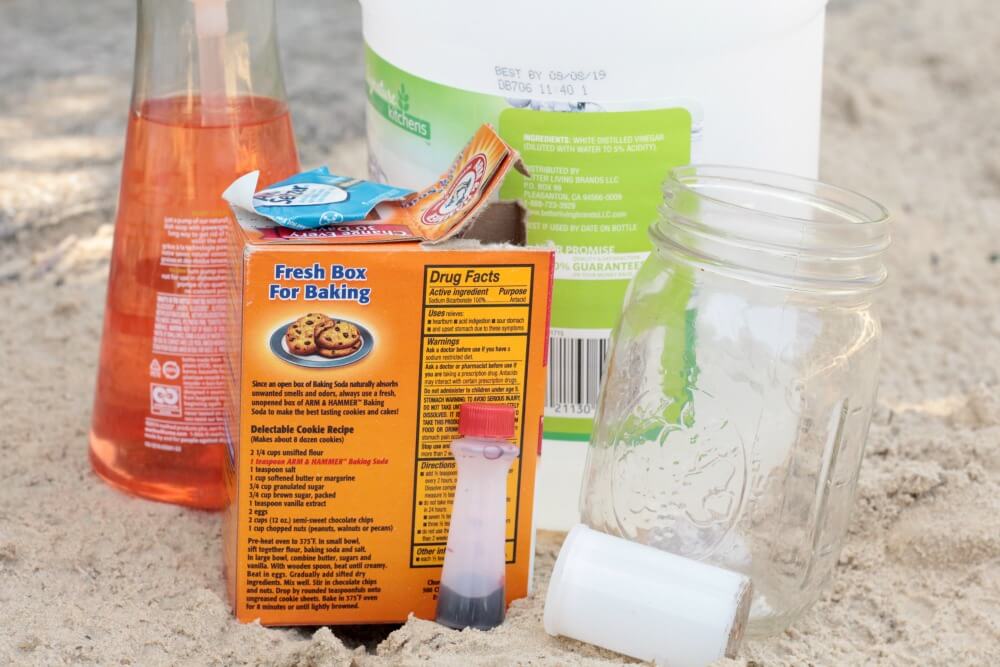 We set up our experiment in a sandbox, which was ideal for this project as the sand quickly absorbed the liquid and made the project look more like a real rock volcano. But, you can cover your jar with any material you like, or even just leave it exposed. 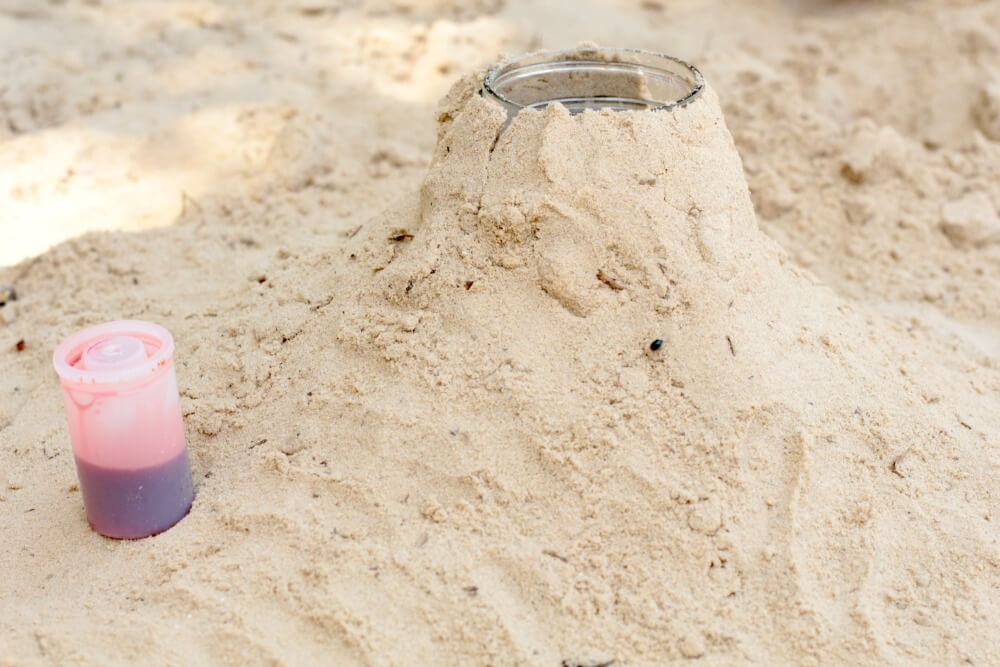 Add some red food coloring, baking soda, and a few pumps of dish soap to the jar.

Fill your film canister with about a teaspoon of water. We tried using vinegar in the film canister as well, but it didn’t react enough to pop the cap off.

Working quickly, plop a quarter of an Alka Seltzer tablet into the canister, close the lid, and put it upside down in the jar.

Pour some vinegar inside the jar to start the baking soda reacting. 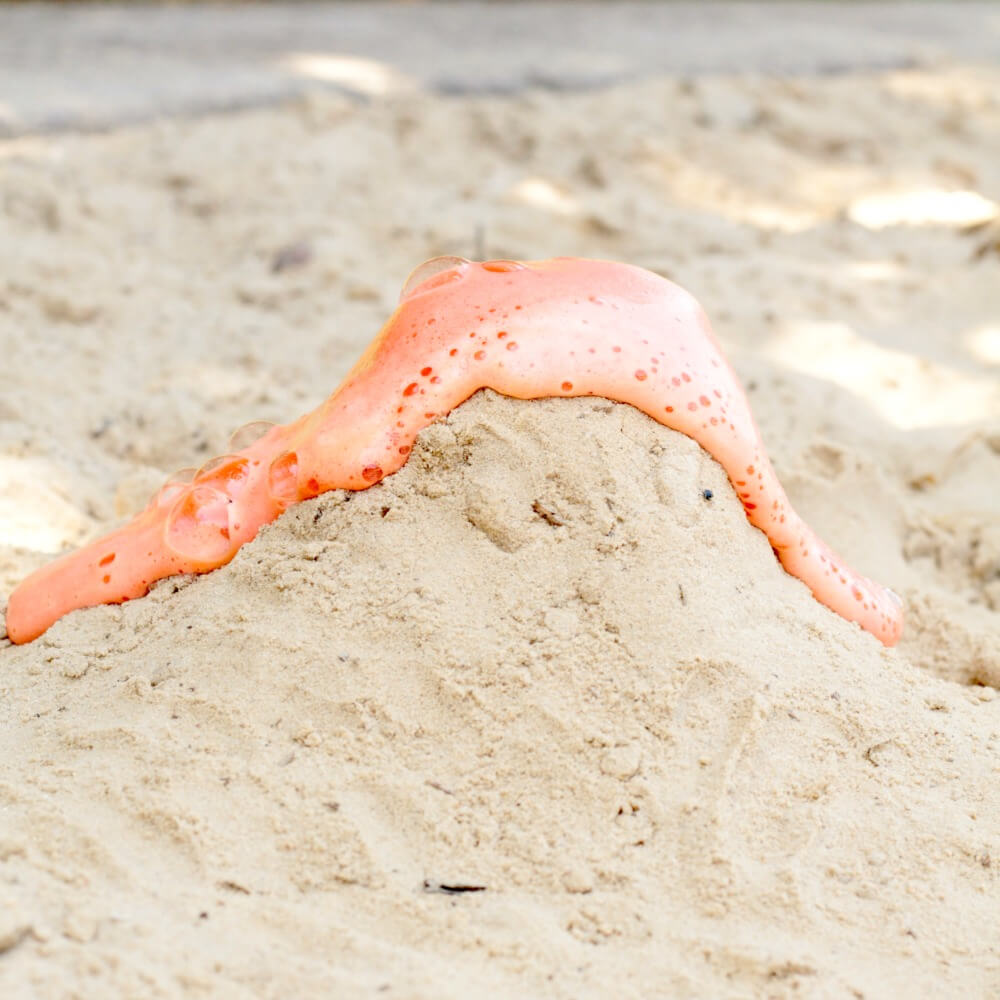 Step back and wait about 20 seconds.

The film canister will pop out of the volcano, spraying dish soap and vinegar all over the place. 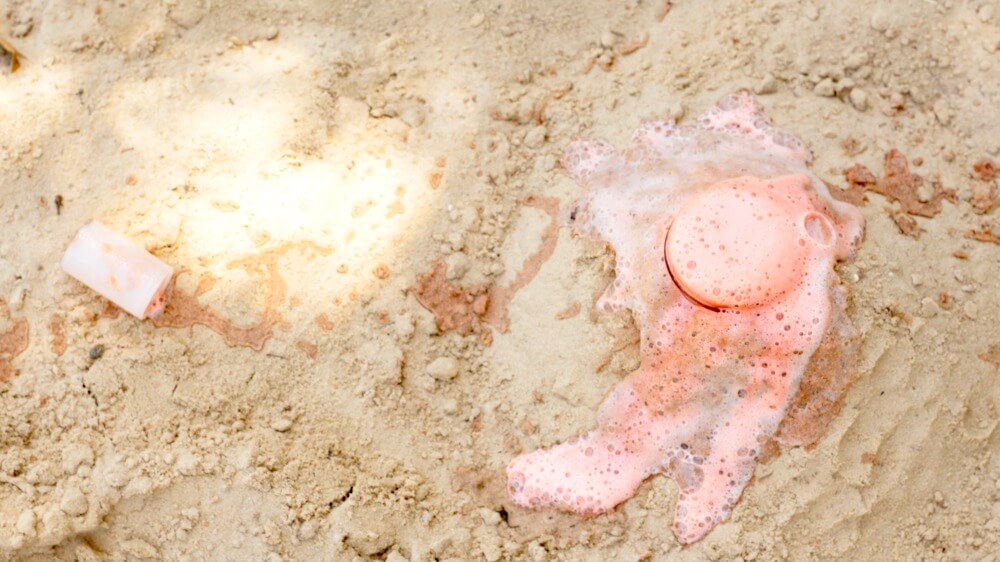 Make sure you have a lot of Alka Seltzer tablets on hand because the kids will want to repeat this many times.

What Kids Learn in the Exploding Volcano Experiment

Kids love repeating the volcano experiment over and over again. With an explosive twist, it brings a new element of fun to the project, drawing in even kids who have made this project many times before. This version provides a more realistic volcano effect than a lot of baking soda and vinegar volcanoes, and you can easily turn the activity into a STEM project by measuring how far the film canister travels from the volcano and if adjusting the amount of water or Alka Seltzer tablets changes how far the volcano explodes. 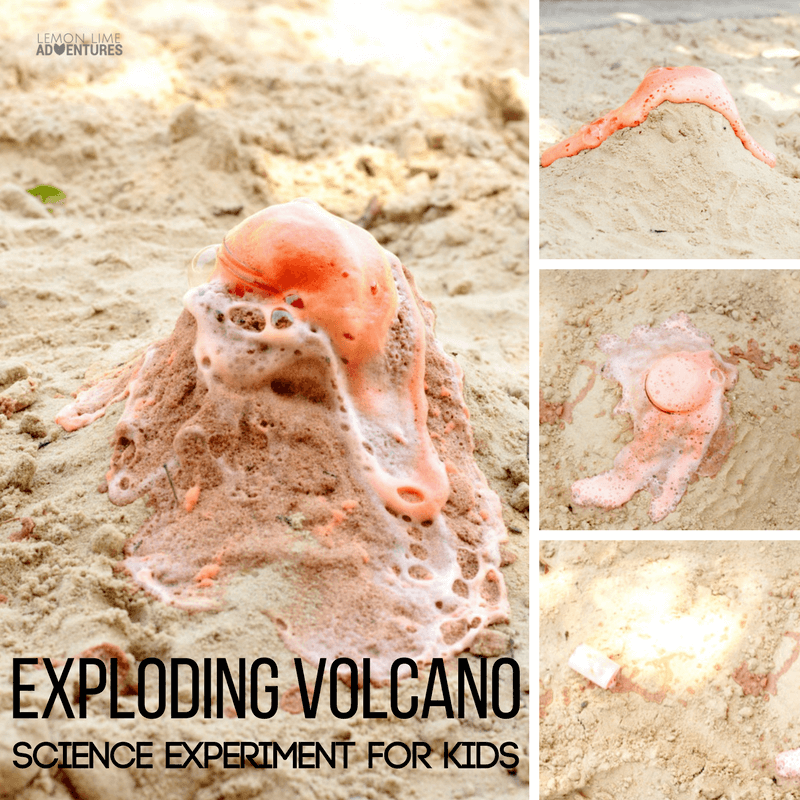 Looking for some more STEAM inspiration that use can use right now? Instant gratification style? Check out STEAM Kids: 50+ Hands-on Science, Technology, Engineering, Art, & Math Hands-On Projects for Kids ebook! It’s packed full of a year’s worth fun learning activities that will wow the boredom right out of your kids. 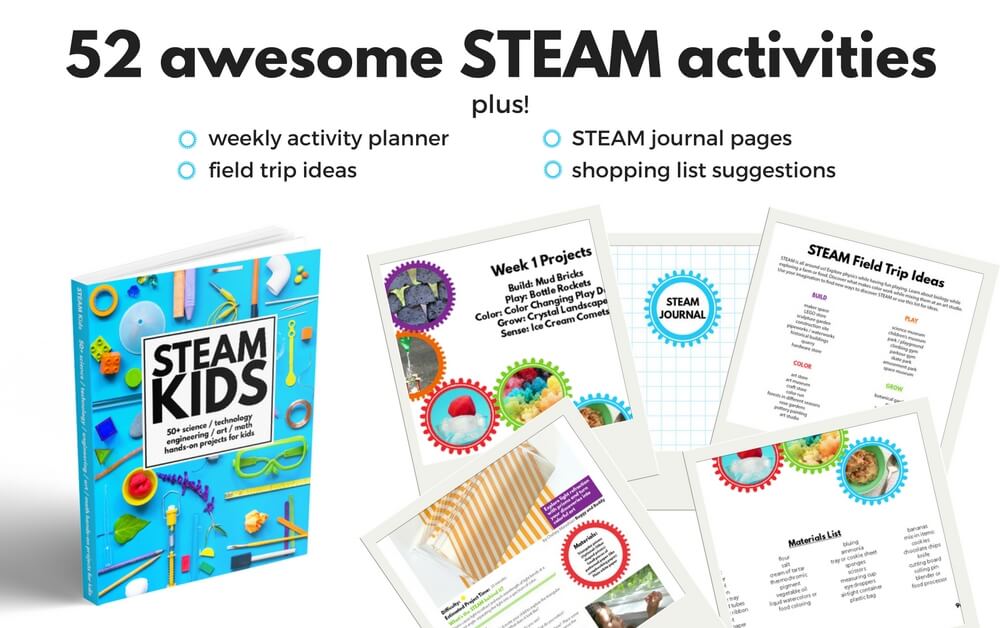 For More Adventures in STEAM Activities, Check Out: 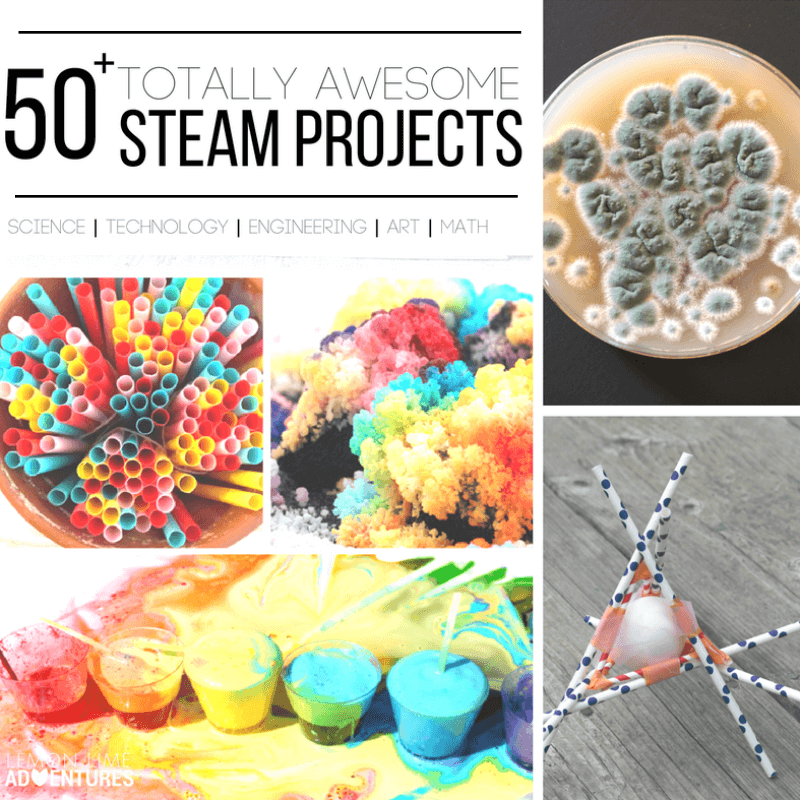 1 thought on “Exploding Volcano: A Fun Twist on the Classic Science Experiment”