It started out like every morning. Boys wake up. Boys want breakfast. We have this routine in our house where the boys make their own breakfast every day for homeschool and they love it, but when it comes to the weekend they expect the works. This Sunday was no exception. When Papa Bear asked what they wanted for breakfast, it was a unanimous “PANCAKES”. But they didn’t just want us to make them. No. They were looking forward to cooking pancakes with Papa Bear. 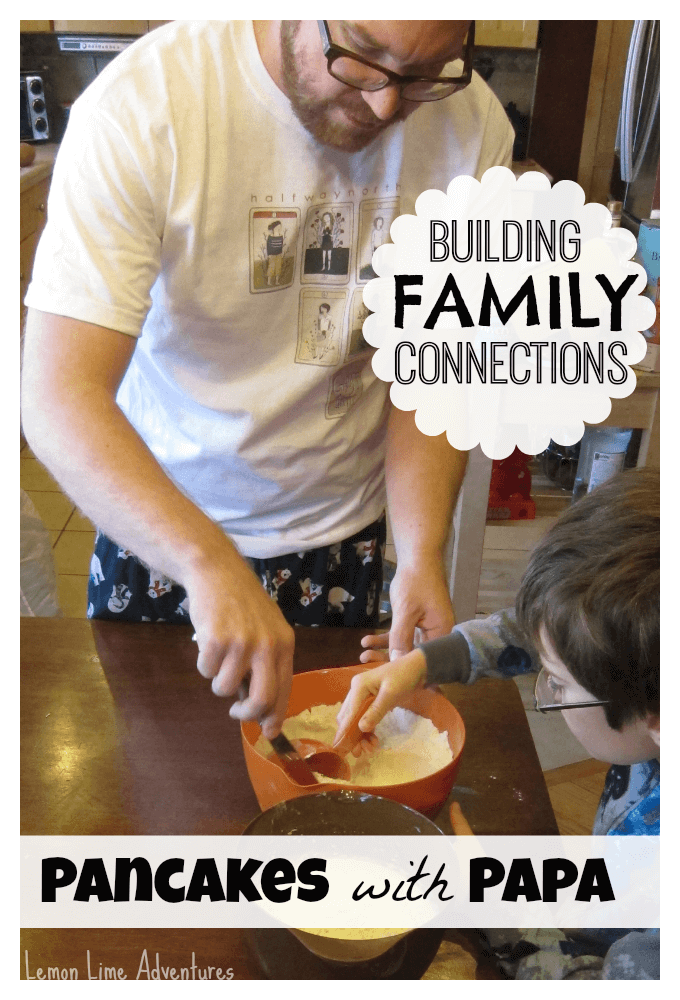 Nope. Sorry. I don’t do the “cooking with kids” thing. Mom does that.
Deflated and a little let down the boys went off to play.

It could have ended there. Boys go play. Papa makes pancakes.

Instead, the story got really fun and interesting.

Communication is the Key To Understanding

All it took was a little nudging and guidance from me and Papa Bear and the little bits were back in business. The conversation went something like this:

Me: Why can’t they cook with you?
Papa Bear: I am a little too OCD. I can’t handle the “Hey, lets cram everyone into a tiny space and argue over who is going to do each step.” It’s just too much for me.
Me: Would you be willing to do it if I set it up at the table, so there is enough room?
Papa Bear: Sure. (I’m not really sure how thrilled he was at this point, but he took the challenge.

You see, It wasn’t that Papa Bear didn’t want to cook with the kids. It isn’t that he was being difficult. He had a very valid reason for not wanting to make pancakes. In fact, if we had not had open communication, I would have never learned what he was thinking.

So often, I assume I understand why my children don’t want to do something. I make reasons up and never think to double check with them, the way I did with Papa Bear. I will make it a point to find out the “Why?” behind any resistance moving forward.

Maybe, they just need a little nudging and guidance, too.

No Two Parents are the Same

Papa Bear proceeded to, not only set up the ingredients at the table for more room; but, take it a step further. He carefully set out the bowls, pre-measured, pre-poured, and sorted into dry goods and wet goods. He put one group in front of Legoman’s seat. The other set in front of Bones’ seat. He set out three different whisks, one for each child and one for the mixture of the two sets. It was beautiful. It was so organized. 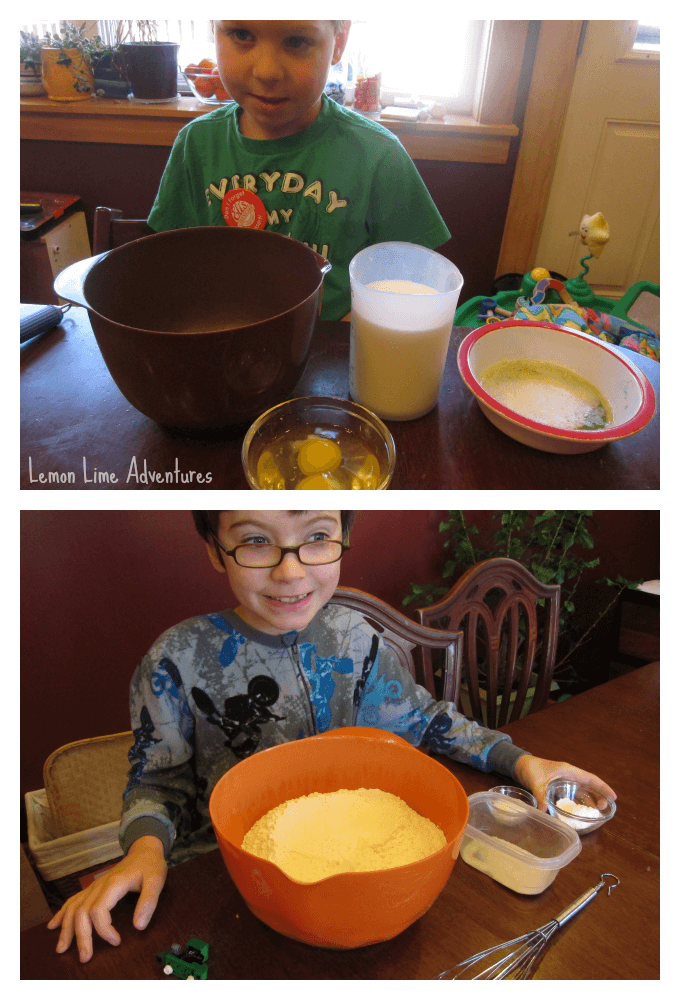 It was not how I do it at all.

And you know what? It worked perfectly. No arguing. Little mess. And everyone felt successful. Even Papa Bear.

I am learning that it doesn’t have to be how I do it. He didn’t have to follow my steps. Yes, the children will missed the math involved in measuring. They missed the turn taking lessons. They missed learning how to pour and scoop. But it doesn’t matter. I realized something much more important. Much like how Papa Bear and I set this up differently… no two learners are alike.

I will try my hardest to remember that when Legoman is going about his math a way I NEVER WOULD DO IT. Or Bones is doing “shenanigans.” I will try to remember that we are all learning in the way that make sense for us. And while we might not learn all of the same lessons at the same time… 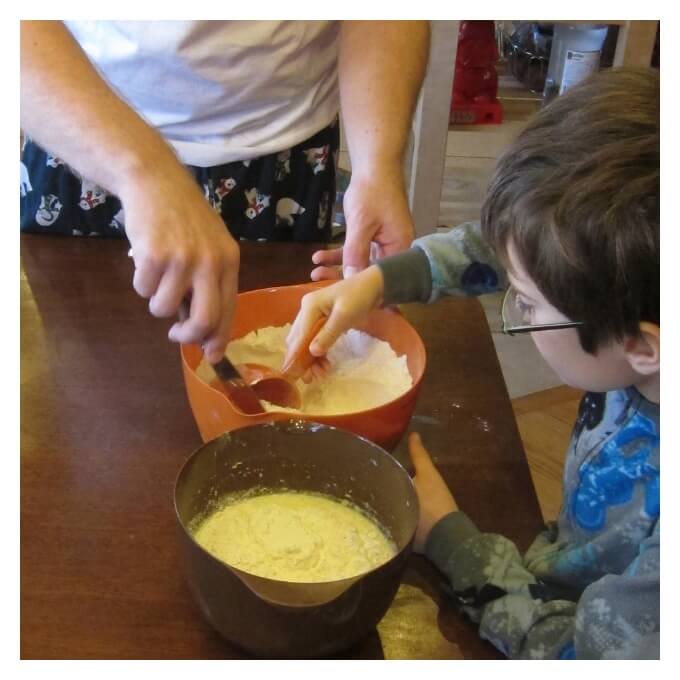 Sometimes We Have to Try Something Uncomfortable 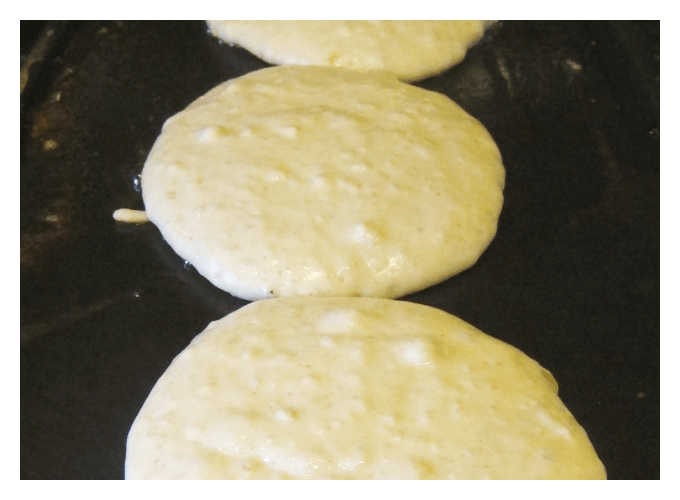 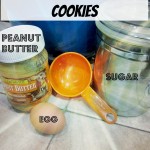