Today I had to put on long sleeves and jeans.

The weather is turning chilly.

There are talks of pumpkin spice lattes and whispers of Halloween are in the air.

Knowing how much my kids love this time of year, I decided it was time to pull out the Halloween science experiments.

This simple Halloween science experiment seriously took 2 minutes to set up and was super fun. Both boys loved dissolving candy pumpkins and we were all a tad surprised by the results! 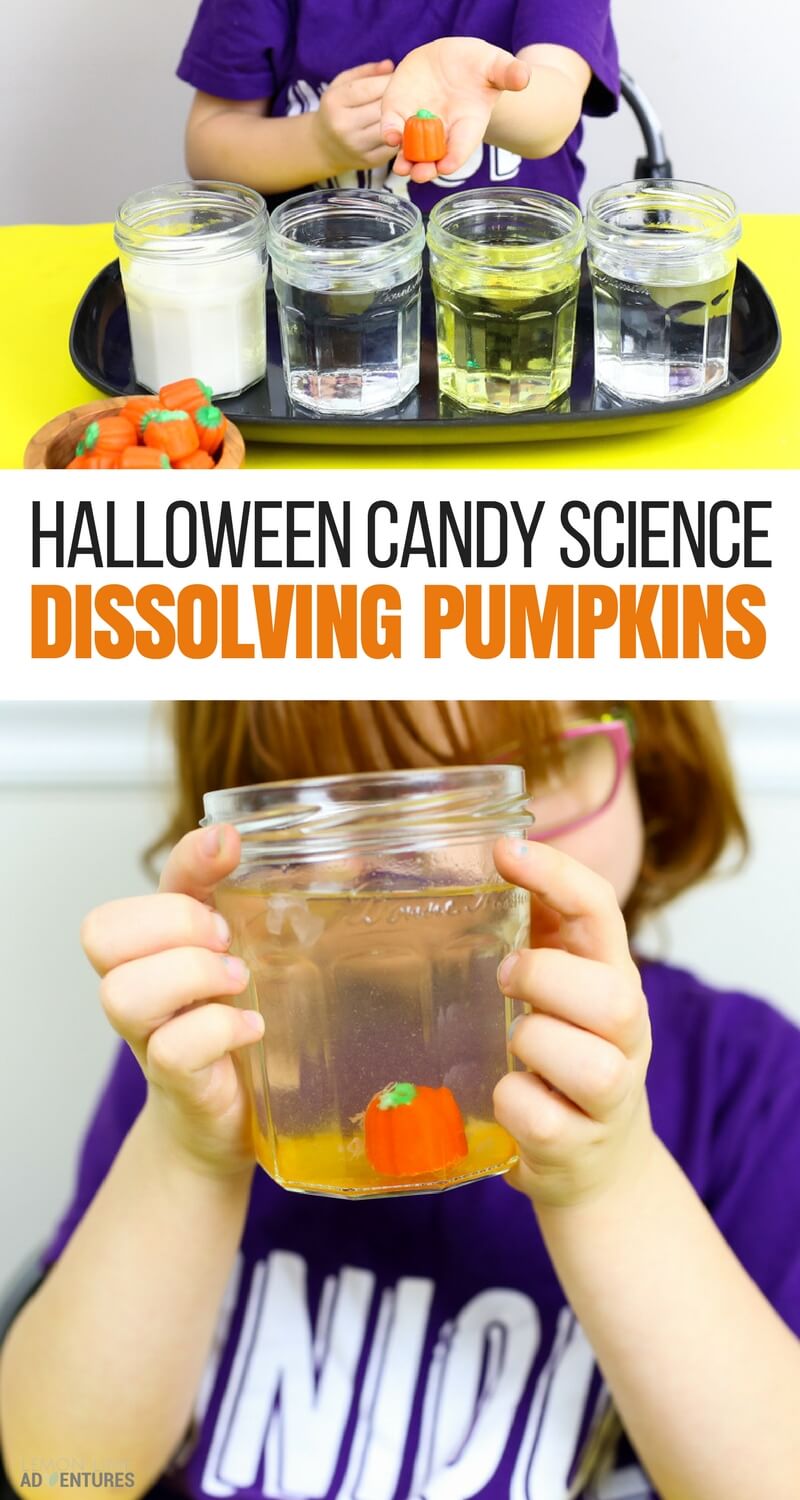 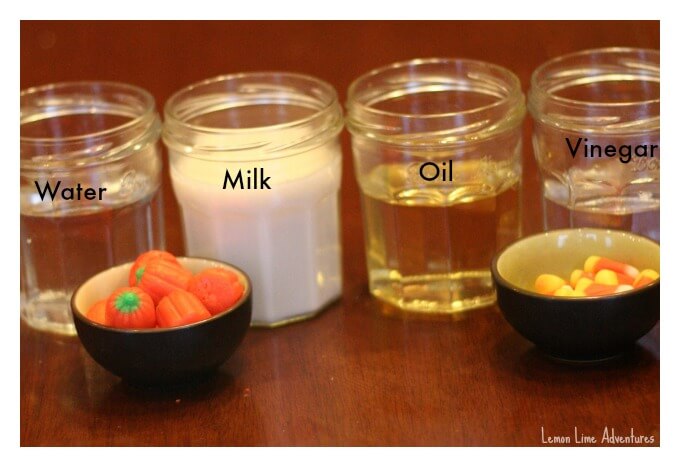 What You Need for the Dissolving Pumpkins Halloween Science Experiment

Fill 4 cups up with the same amount of liquid in each glass.
Place the candy pumpkins in a bowl near the glasses for easy access.

How to Do the Dissolving Pumpkins Halloween Science Experiment

We start all of our experiments with Predictions. For this experiment, I had Bones (7) predict what he thought would happen when he put the candy pumpkins into the different liquids.

He was pretty sure they were going to float in all the liquids except the oil. He predicted that the candy would sink in the oil. 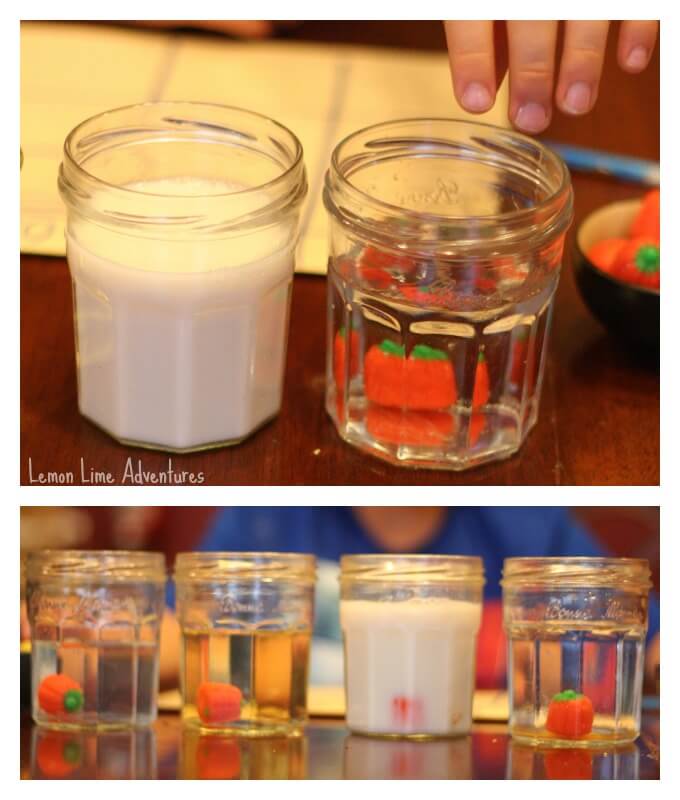 Next, one by one, he placed the candy pumpkins in the liquids and observed them. He was so surprised that they all sank.

Using the observation form I made for him, he drew his observations and reported his findings to his brother.

See, all scientists record and report their observations!

Making Observations and Noticing Dissolution of the Candy Pumpkins 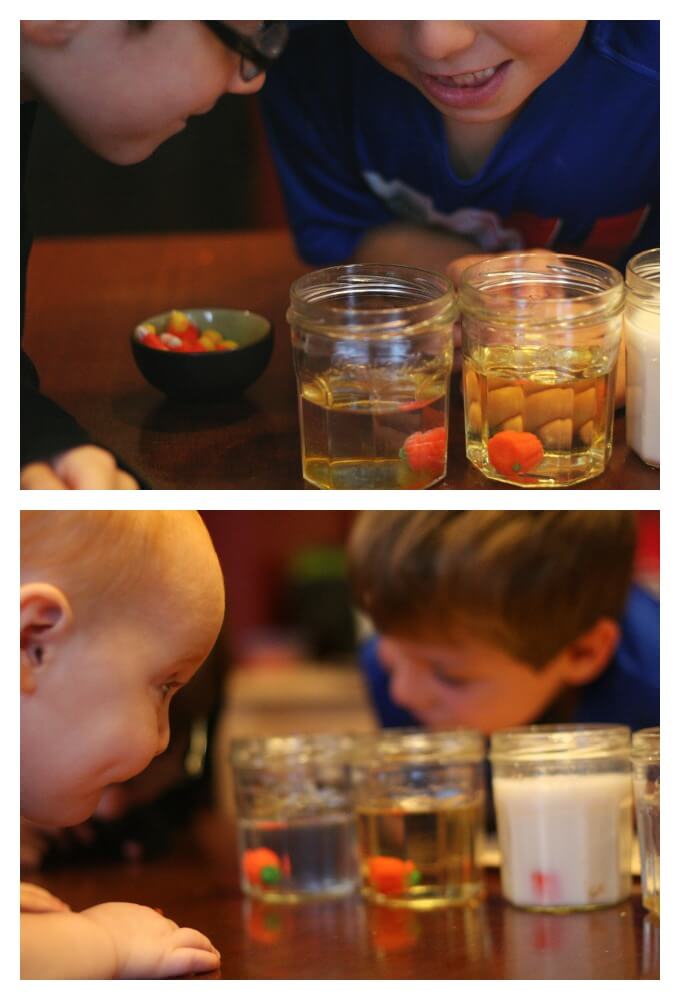 It didn’t take long before everyone started to notice that changes were taking place. Some of the candies were starting to change shape and break down.

It’s peeling. You know like when I get a sunburn. “

Bones and Legoman were in complete awe. 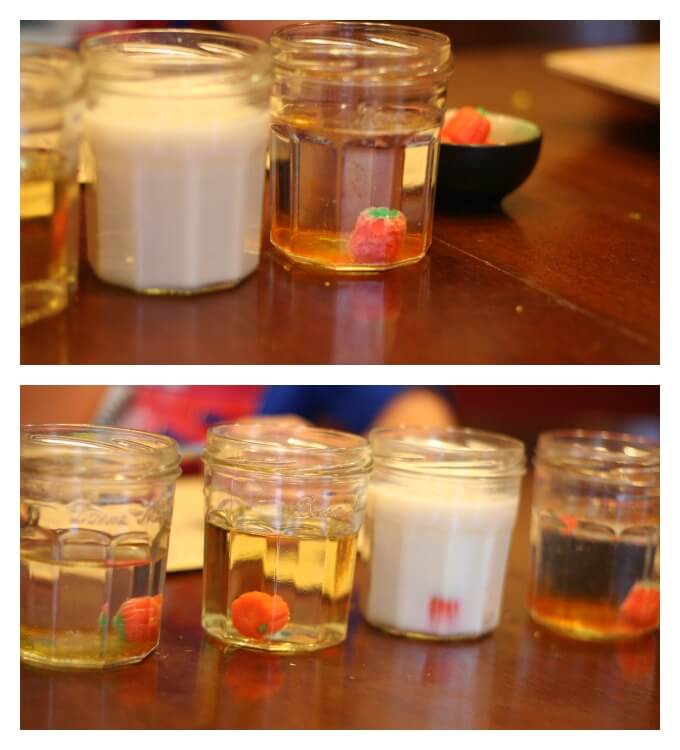 In fact, the candy in the water glass was changing a lot. The conversations quickly changed to discuss possible reasons why this might be happened, comparing the candies to each other and predicting how long it could take to break down completely. 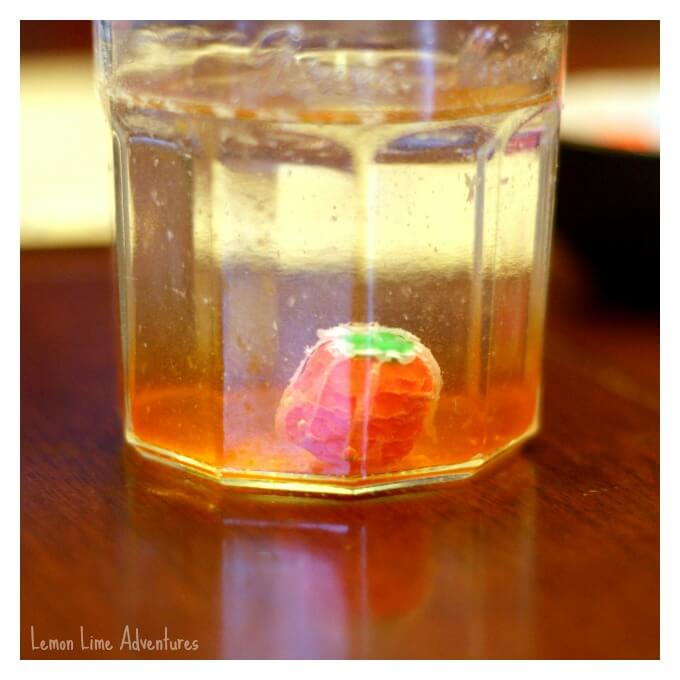 I have to admit… I was shocked. I did not know this was going to happen to the candy and I was just as excited to keep watching the changes as the boys. The boys even started to notice the changes to the liquids as well as the pumpkin itself. 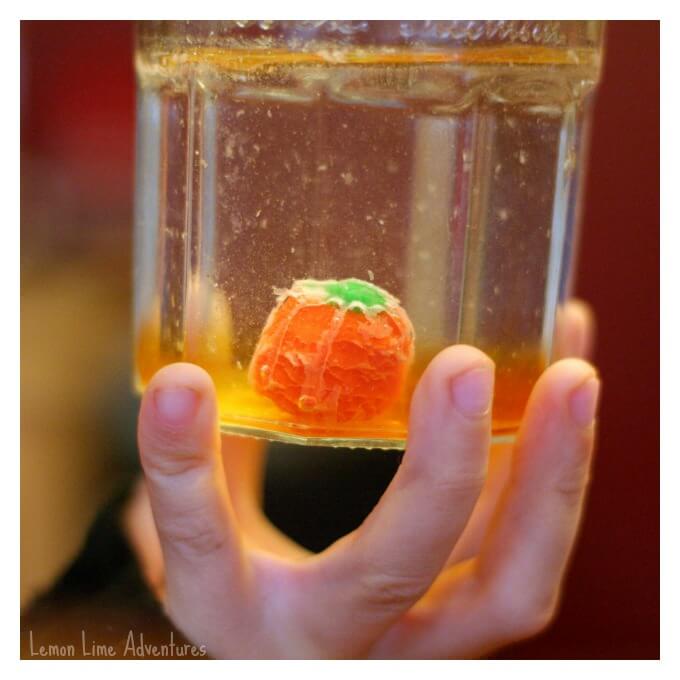 Seriously, look at that candy!!! Did you know it could do that? 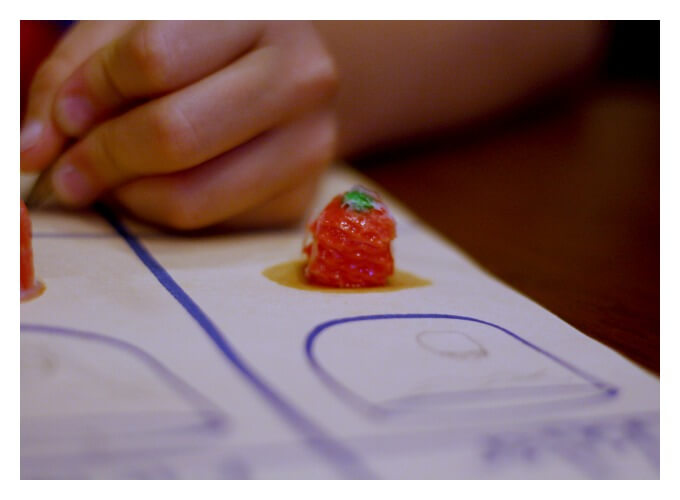 Finally, we took the candy pumpkins out of the liquids to observe the changes. Surprisingly, there were changes to all of the pumpkins but some of them were dramatically more than the others. 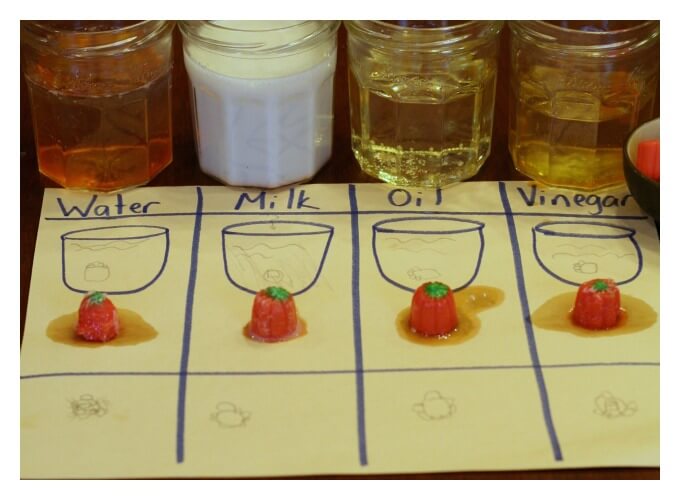 There are so many variations to this Halloween science experiment. The boys are already talking about changing up the liquids, testing what happens when you shake the containers, changing the temperatures, and changing the candies.

I love how they are always questioning and looking for new ways to try things out. 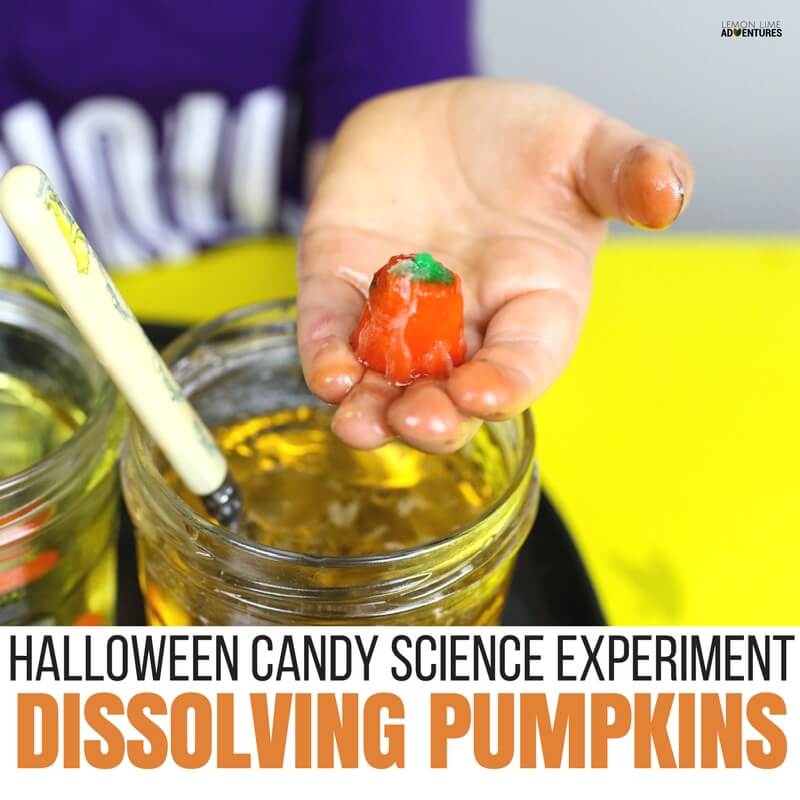 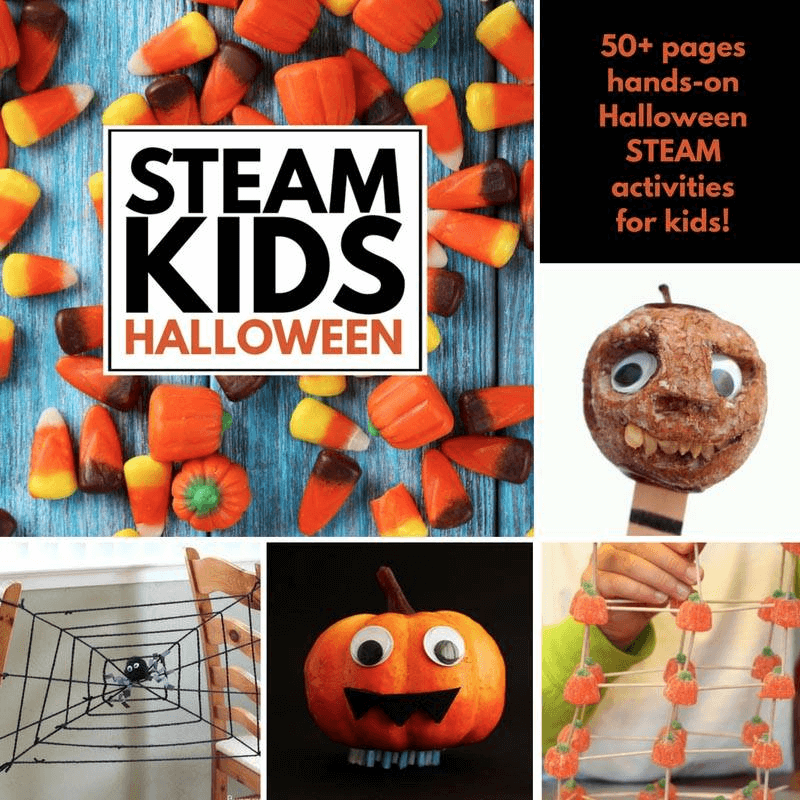 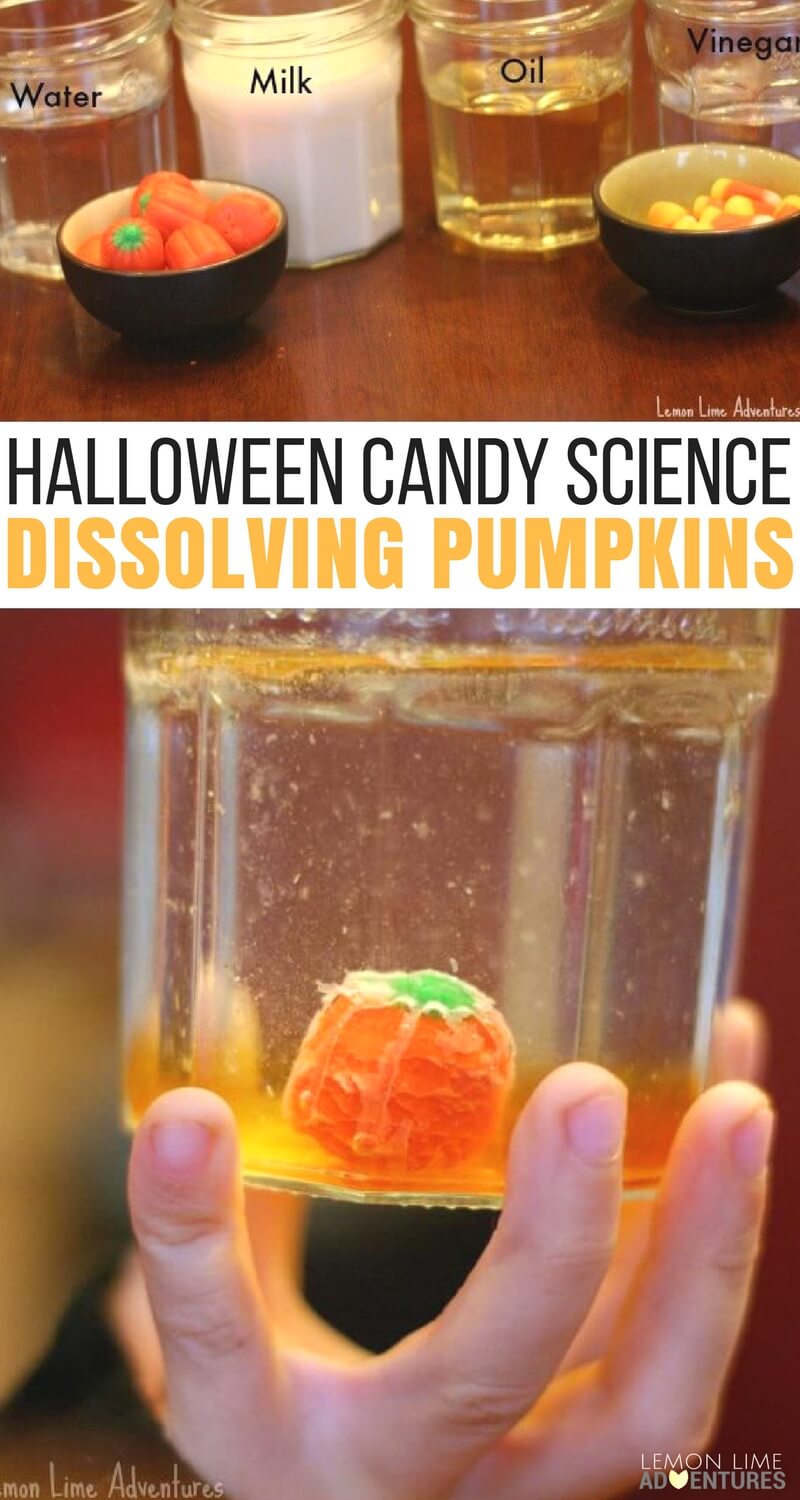 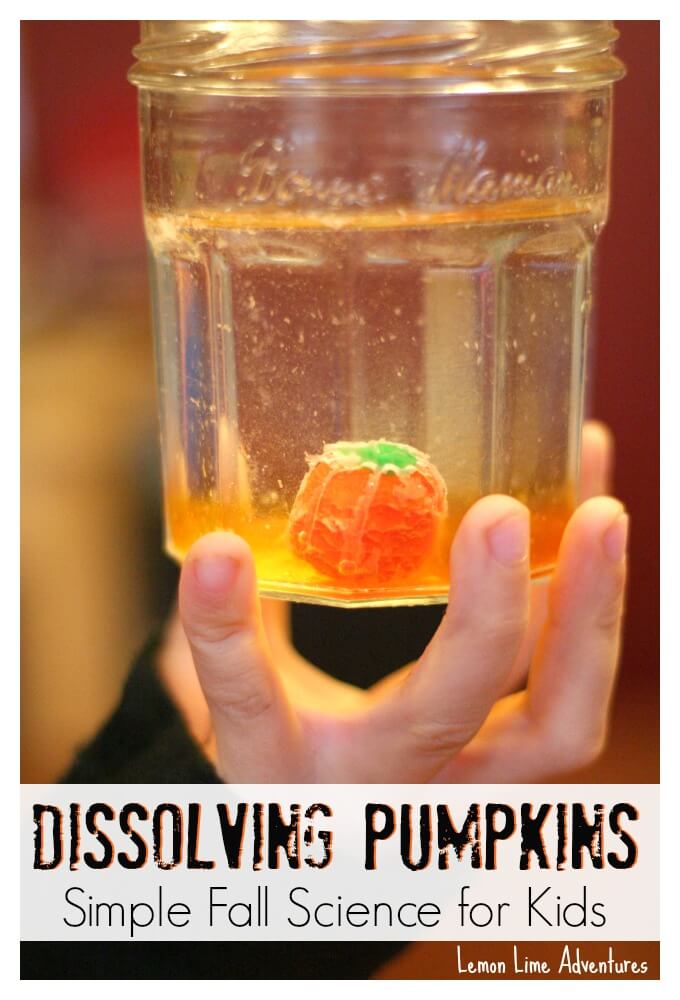