So often, we talk about how to help our kids calm down, why our kids struggle and what we should say to our children to help THEM when they are melting down. But what happens we lose our cool when our kids start to lose everything and melt at our feet.

Today I want to get real with you and give you three things you can remember when your kid is having a hard time and you just don't have it in you to remain patient, cool and collected.

Through these hard days, you are not alone and we can get through it. Here's how I remain calm when my kid is losing their mind: 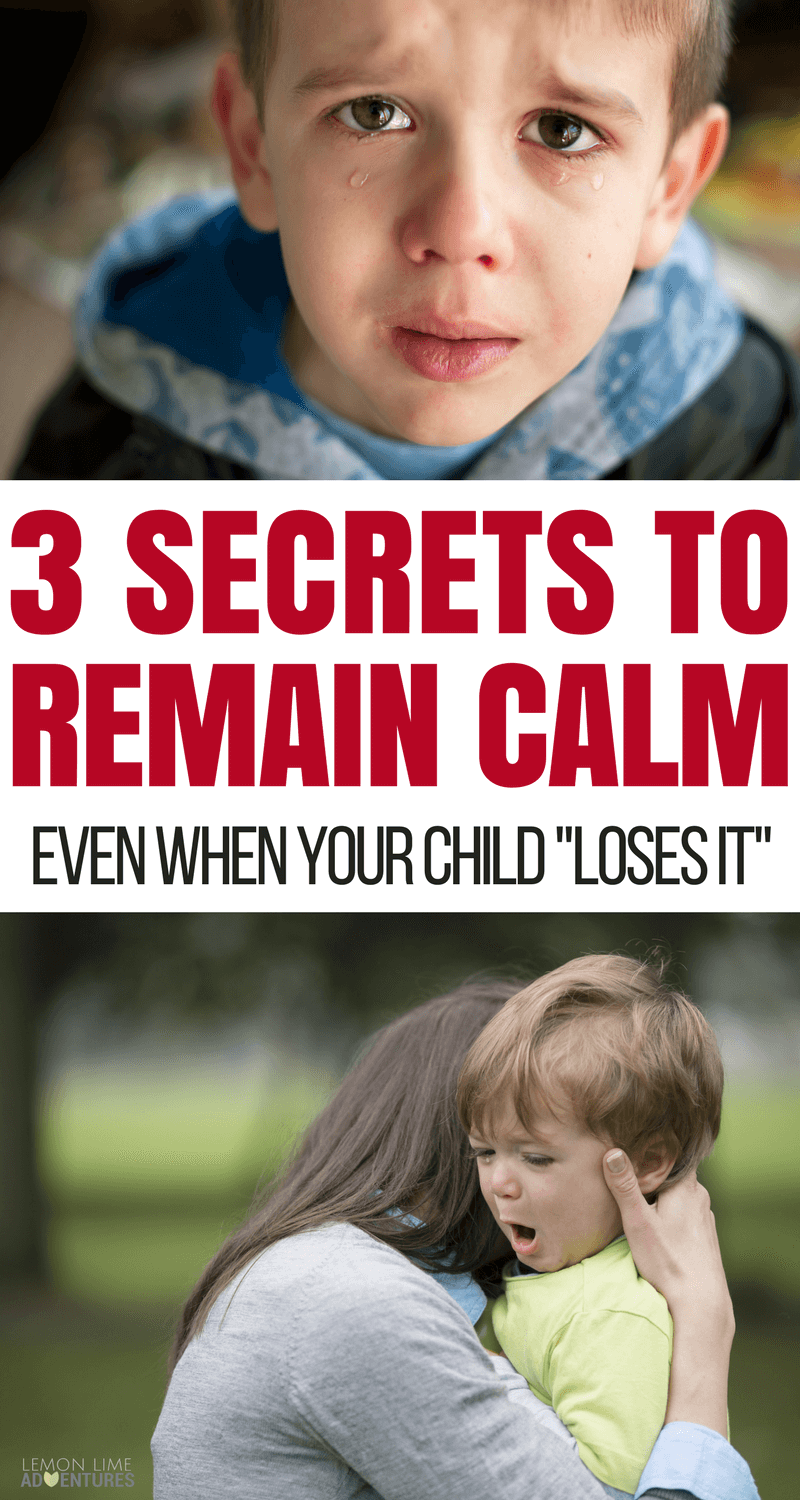 She screamed at the top of her lungs...

My daughter actually had a really hard time this morning.

My 4-year-old is an amazing, vibrant, feisty and very fierce 4-year-old, and what that means is she stands her ground.

She knows what she wants. She just doesn't always know how to say it. She doesn't know how to appropriately communicate what she needs and wants.

So this morning, she had a really hard time.

She had something in her head that she wanted to happen, but she hadn't told us. She wasn't able to share that with us. So in the moment, she just was whining, pouting and stomping her feet. We had already moved on because we were all hungry, so we moved on downstairs, and Mr. Lemon got a little frustrated.

"You don't need to respond like that. You can use your words."

That did not make her happy. Instead her tantrum just got worse.

(check out the end of the video to see exactly how I responded and how the rest of the story played out PLUS learn the three things I did BEFORE her meltdown to remain calm.

Biggest Takeaways: How to Remain Calm When Your Child is Melting Down

Resources to Remain Calm when Your Child is Melting Down:

25 30 Second Ways to Remain Calm Yourself

If you are missing an army, and feel all alone...

Remember, you are not alone.
You didn't do anything wrong.
You've got this.

If you need a supportive group to help you with your sucky days... I've gathered together some of my favorite groups:

Not finding what you need?

When it comes to finding balance and taking care of yourself, there is no one-size-fits-all solution. But if you take a moment to tell me about your situation, I'll be able to share tips designed specifically for YOU!

CLICK HERE TO TELL US MORE ABOUT YOUR SITUATION