“When did you first notice that something was different about your child?”

That is the burning question that people seem to ask all the time.
They want to know where our journey began.

But every time I sit down to write these blog posts though, it is incredibly difficult to write them because I don’t know where to start. Even today, when I was getting ready for this series, I messaged one of my good friends and I said: “Where do I start?” She wrote back, “The beginning.” But that doesn’t help.

Where is the beginning, really?

When did we really know our child was different?

This is not my normal series, I’m not going to be giving you tons of tips, tips might come out of it, but really, I just want to tell the story from the beginning to now. There were a lot of bumps, as my son calls them, along the way. 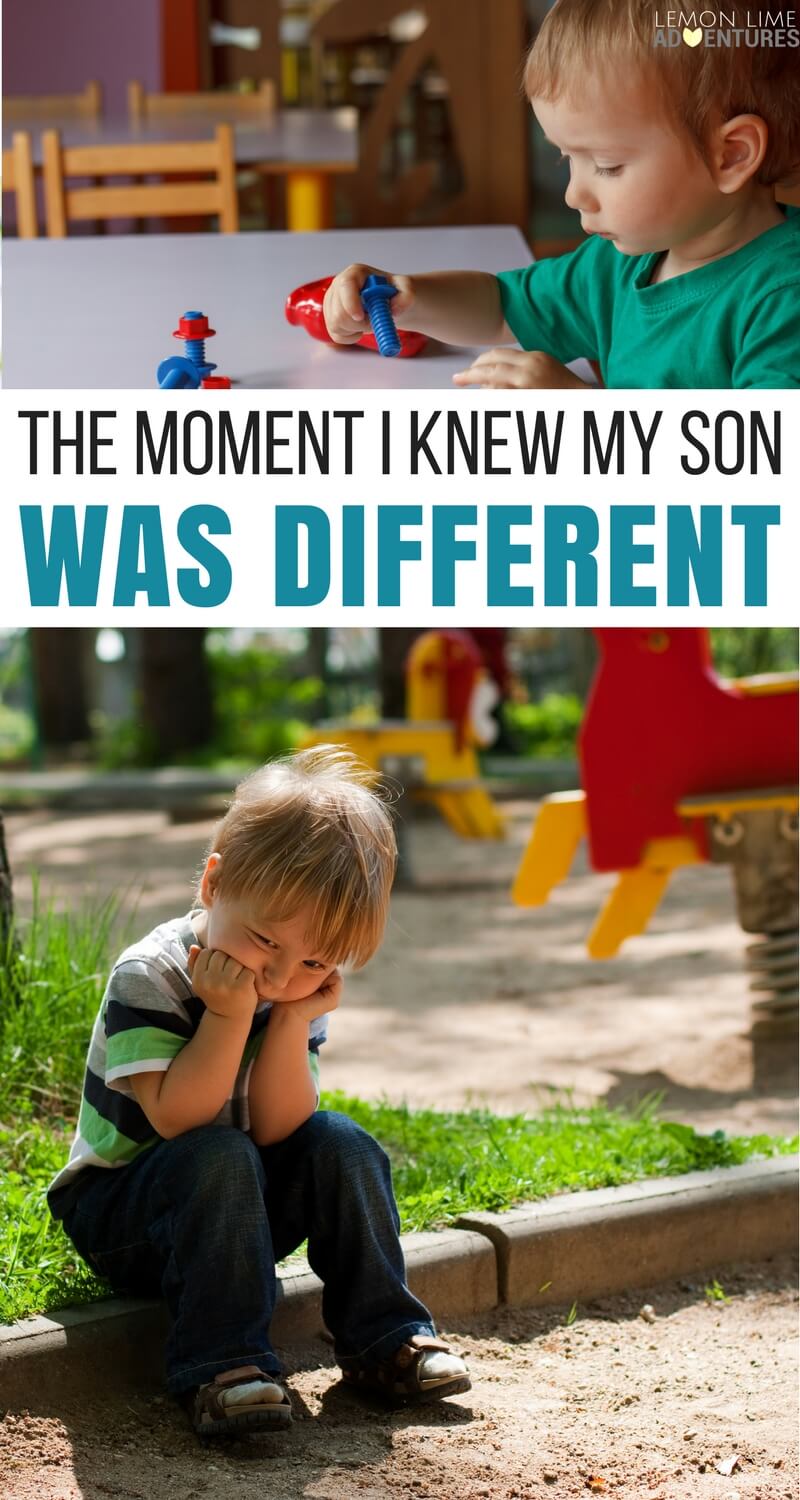 The Moment I Realized My Son Was “Different”

How do you pinpoint where in the story that your life changed and you that you realized that you were dealing with a child that’s out of the box?
A child that’s a little different?
A child that’s not like all of the kids that you read about in the parenting books or in What to Expect When You’re Expecting? Where exactly did things change for us?

When did we really know our child was different? Of course, in hindsight, things always look a lot different.

Could We Really Know As a Baby?

For me, if we go all the way back to when he was a newborn, I can see differences between my son and typical kids. Like, my son was always really alert, even as a newborn.

He liked to be naked most of the time

Most days you could find him in just a cloth diaper.

He also really thrived on routines.

I mean, all babies thrive on a routine, but he was very particular about his routines. He was a happy baby. He was a fun baby and he engaged with others. He played with toys, of course.

He did this weird thing with toys.

We never had a lot of toys in our house, we would borrow toys and give them away because toys just weren’t something that he was interested in.

In fact, he collected as much as he could from the time he was only a year old.

Could We Really Know as a Toddler?

He had a huge vocabulary.

As soon as he could start talking, words just started coming to him and his vocabulary built at a very, very early age.

He got out of diapers during the day, almost at a about a year, and he was fully potty trained even at night at 18 months. He had lots of bed-wetting all the way up until he was about eight or nine, that’s another part of the story of noticing that my child is a little different. But they were few and far between, he also had night terrors, we can talk about that later too.

I learned as he was older, it was because he couldn’t stand wet diapers.

He wanted toys to look “just so”.

As a toddler, nothing huge stood out, except for this like repetitive nature with toys, he would line his toys up, he had to collect his toys, he had a very specific interest even from the time that he was little, he loved space, he loved LEGO, he hated duplo, or the big fat one, the mega blocks, he couldn’t stand them, because he tried to make something with it and it didn’t look like what he wanted in his head so he would have meltdowns.

Then, after that, toddler, that’s about, you know, he was very fixated on just a few toys, very fixated on certain subjects, but still, I didn’t actually think anything was wrong or different about my child. I thought he was meeting all the developmental milestones.

Could We Really Know in Preschool?

He named parks by experiences.

We had bear park, because they had these bears that would spray water. We had the train park because of course, he had a train in it. We even had pinch you park because that’s where the little girl pinched you.

He emulated other kids behaviors (even the bad ones).

He went off to preschool, and a little girl pinched him. So he took that behavior and he repeated it over and over again. He repeated it to the point where he got kicked out of his first pre-school at three years old.

At this point, that’s where I started to wonder what is going on.

Is this my parenting?

Is my kid different?

What is going on?

He touched everything and was highly impulsive.

He actually turned on the electrical lawn-mower while his dad was fixing it.

He was prone to accidents, he had really good balance, but he was just super impulsive, really busy, and constantly touching things.

Stores were hard, and I definitely wanted to put him on a leash, but at the same time I just thought he was an active little boy and I embraced his activeness and his busy-ness.

He started getting in trouble at pre-school.

He started getting in a lot of trouble at school for constantly touching, for not wanting to stop an activity and go on to the next activity, and for putting his hands on other kids without their permission. He just wasn’t able to stop that behavior, no matter what consequence was given, no matter what social stories we gave him.

Well, we didn’t know about social stories, who am I kidding?

But no matter what we did at the time, he still was very handsy, and very active.

He was a handful, he was a very big handful.

Could We Really Know in Kindergarten?

He went off to kindergarten, and we still didn’t think anything is that off.

We were all kind of missing the mark here.

He was very intelligent.

He went off to kindergarten, and while he was still super active in kindergarten, he went in already reading, knowing all of his numbers, counting, and doing simple math. He basically had all of the kindergarten check marks before going into kindergarten.

He was in a gigantic class.

As a teacher I understand large class sizes, so we blamed the gigantic class for some of his behaviors. He did all kinds of things in kindergarten that were explained away as him being an “immature boy.”

At that point, I was starting to bring it to the teacher and say “I’m worried, I noticed that he is not progressing in his reading, he came in reading and he’s still reading the same stuff. I noticed that he’s very busy and he’s constantly touching people and he’s all over the place.”

And everyone kept saying “He’s fine, he’s young, he’s immature, he’ll grow out of it.”

At kindergarten, I still believed that.

He had a journal, and it wasn’t until the end of the year that I learned that he wrote “I like cats,” over and over again, every single day of his kindergarten year from day one.

He knew how to write from the first day of kindergarten, but he continued to write only that phrase until the last day of kindergarten. He never pushed himself further because it was acceptable. He wrote words, he drew a picture and when he finished the bare minimum he would read his books that he wanted to read.

I trusted the school system.

During Kindergarten I just kind of went with the flow and listened to what everyone was telling me. I was teacher, a national board certified teacher, and I trusted the school system, I trusted teachers, I trusted that he was getting what he needed.

He was obviously out of the box…

So when did we really know our son was “different”?

Now, when people ask me “When did you know?”…

I can point to pre-school…

And remember him getting kicked out of pre-school for the biting and for picking up on behaviors and not knowing how to read those social cues.

I can point to kindergarten…

And see that he was super active and that he wasn’t picking up on social cues even more in kindergarten, but that was seen as him just being immature.

The truth is… I had no idea my son was different.

If we fast forward to now, this is what I know.

My son is autistic.

It has taken us years to get to this point, and I’m going to take some time now to go back and share with you each of our steps in the journey.

Because while we’re in this journey, it can be too easy to feel alone.

To feel like our kid is the only one who got kicked out of preschool for pinching. Or who wrote “I like cats” every day in kindergarten.

So if you’re out there, and you’re hearing this, and you’re feeling alone, know that you are not alone and that you have an army of people behind you, and I hope to help you find that army. We are going to do this together. 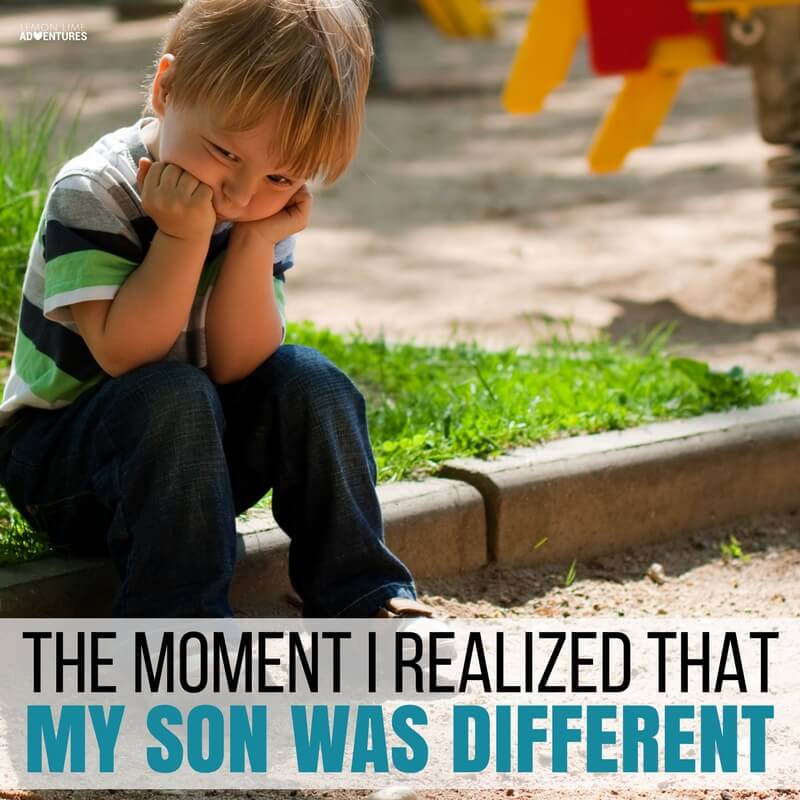 For more adventures in raising out of the box kids, check out: 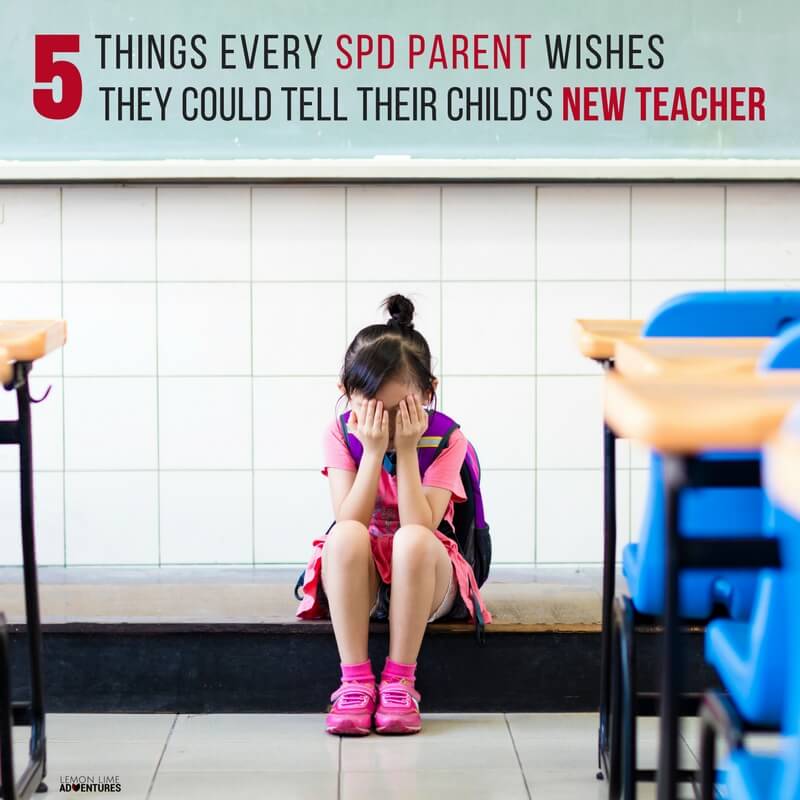 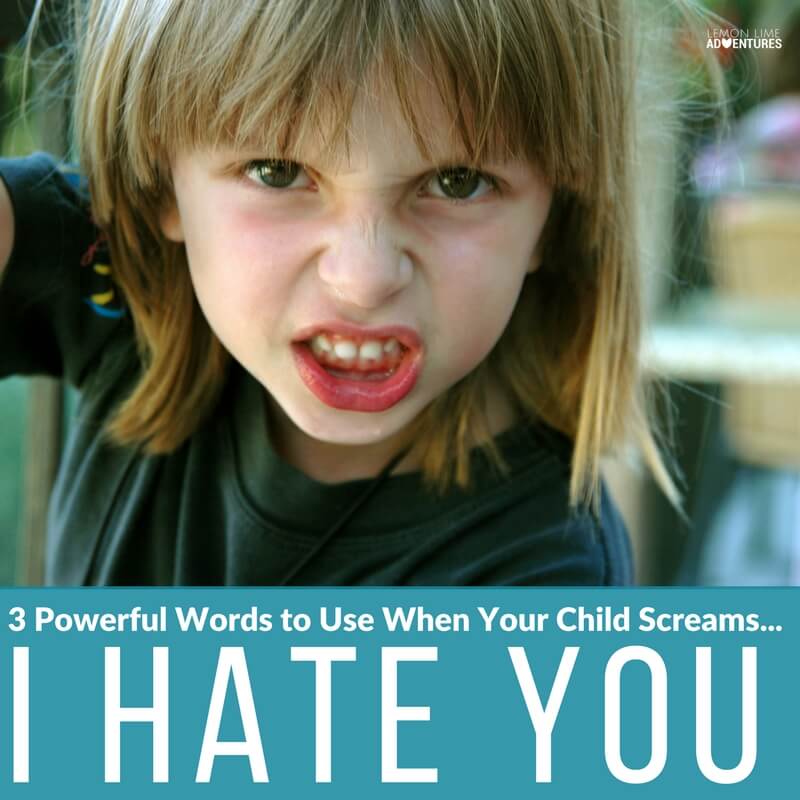 2 thoughts on “The Moment I Realized My Son Was “Different””