There seems to be a trend these days where the internet shares these images about children and children’s behavior. Those images seem to almost always go Viral. Unfortunately those images almost always depict children in a negative way and call them nasty names. The most common one I can think of is the viral meme that says “When I was a kid they didn’t call it “Behavioral Disorders”, they called it “being a little brat”. 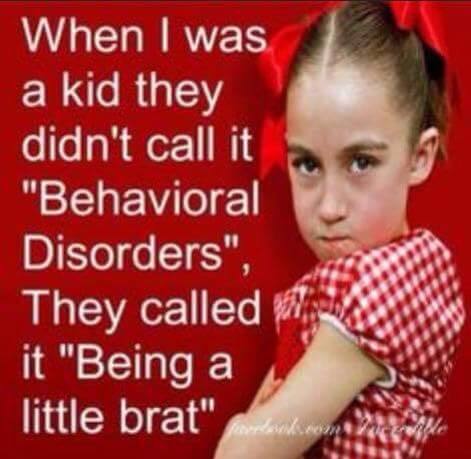 I’ve done a lot of digging and this image has no real origin that I can find, despite the “Facebook/Incredible” watermark on the bottom. That doesn’t stop this image from being shared millions of times. Every time this crosses my feed it has millions of shares and tons of likes. Unfortunately, this isn’t the only version around… 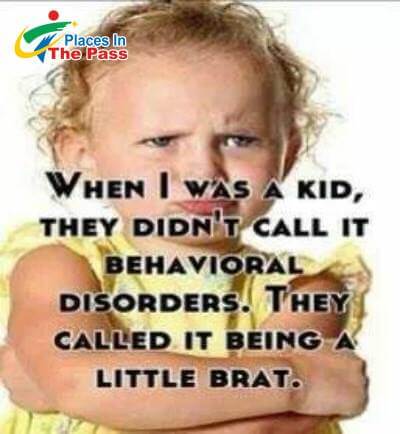 Everyone seems to have their version, their take on it. It doesn’t matter the source, it goes viral every single time. This has burned me up for some time. You see, I have two problems with these images. I take offense as a parent of a child with sensory processing disorder, where I have been accused of bad parenting for most of his life. Then on the other hand, the fact that any child is called a “brat” really makes my skin crawl. Today, I have a parent from my sensory support group sharing her response to this image being shared by one of her friends. I have more thoughts on the “brat” issue, so I also plan to share a post about that in the coming days. 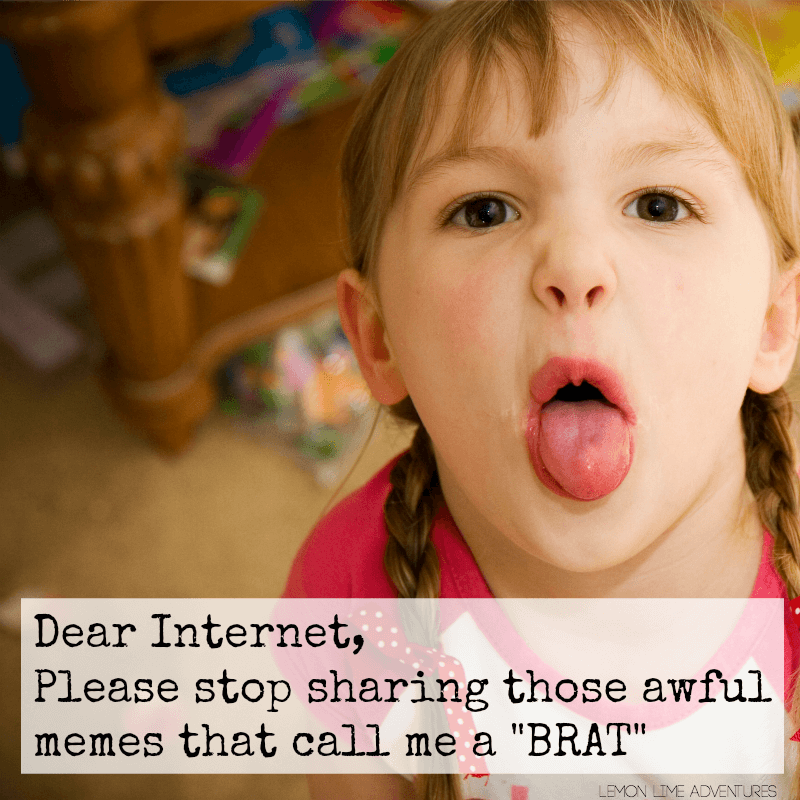 My son has been diagnosed with a neurological condition. He is not badly behaved. He has Sensory Processing Disorder. No, we’d never heard of it either.

It basically means there is a neurological traffic jam, resulting in his brain not receiving the signals from his senses. This means he is unable to sit still for long as his brain craves proprioception and vestibular input, in order for him to know where his body is in space, to be able to balance, to be able to feel safe. He is unable to concentrate for long, or follow processes, as the effects of the SPD also affect executive function.

If I ask him to fetch something from the other side of the room, he will trip over and bang into everything on the way there, and then forget what it was he had to fetch.

He can hear things we can’t, which means if there is a loud noise, he covers his ears and cries, because it hurts. Helicopters flying over, fire alarms etc. He has to miss out on school discos as the noise is unbearable to him.

His co-ordination is affected. That’s why he can’t ride a bike. Why he can’t swim. Why he can’t play football with his friends. His joints and muscles send signals to his brain, but on the way there it all gets scrambled.

He is a very sweet, caring, polite and popular little boy and has lots of friends. He is not a brat.

This is a neurological condition, not intellectual. He is extremely intelligent and often will make jaws drop with his insight and overall cleverness. He struggles to write because of poor co-ordination, yet his maths is off the scale, as is his vocabulary.

Please remember all that when I say he is far from being a brat. Please don’t make assumptions. I hope none of your loved ones ever have a neurological condition like this. When I see posts like this, it hurts me deeply. It kills me. It’s like my heart has been ripped out and put through a mincer. And you know why? Because I can see the ignorance he is going to face as he grows up. Please think of your grandchildren, please think of how you would feel if you saw a post like this.

A parent trying her hardest to help her child succeed. 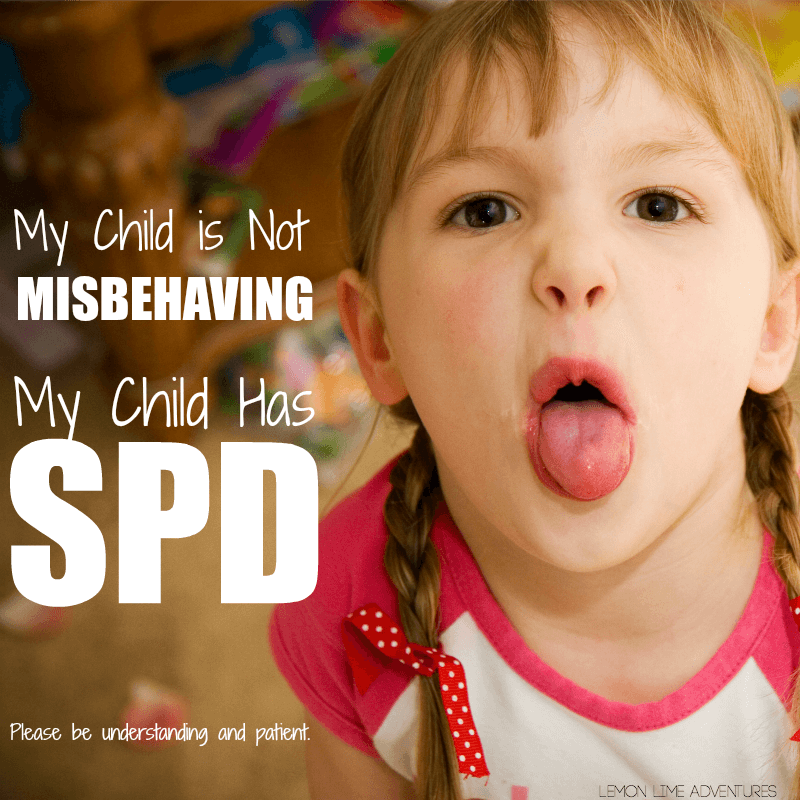 What if instead of those first two images going viral, we made these go viral? Wouldn’t that be awesome? Can you imagine the education and acceptance that would happen if they did?

To learn more about Sensory Processing Disorder and Sensory Needs:

What is Sensory Processing?

For the month of October, our best selling book is on sale, buy one- get one. It is our goal to help you share information about sensory processing with others that might not otherwise get the information. 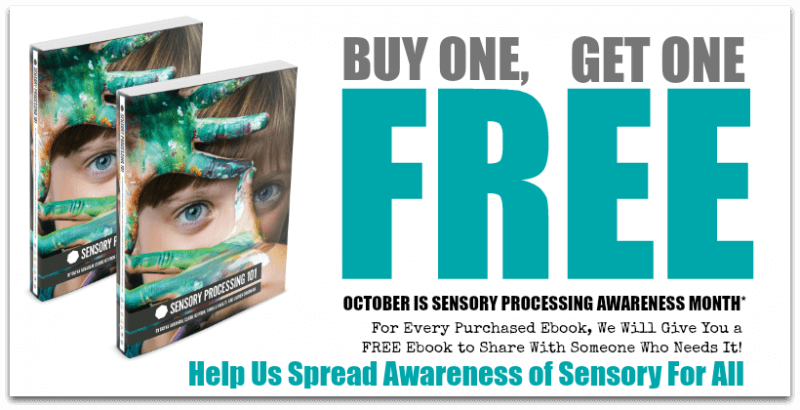 Want more In the Moment Plans for Chaos Causing Behaviors or Struggles?

We got you covered. In our Meltdown Mastery Workshop, we will walk you through how to create your own individualized personalized in the moment plans to deal with the most common (and uncommon) tantrums, meltdowns, and outburst. This is what we do all day, every day in our huddle membership, is help people create in the moment plans for their biggest Chaos Causers so they can become problem solving partners with their kids. In this free workshop, you’ll discover: Click here to sign up! 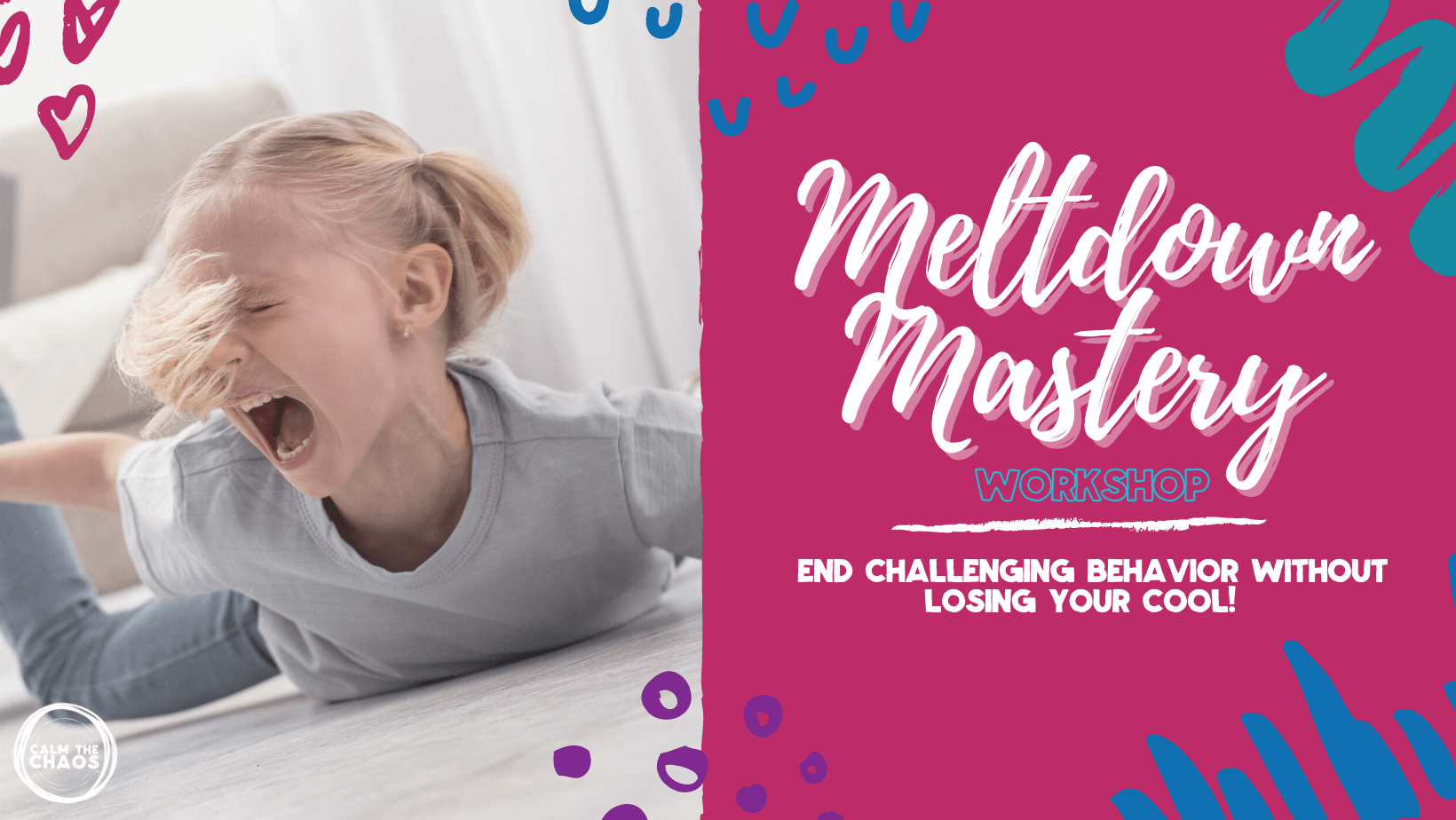 3 thoughts on “Dear Internet, Please Stop Calling Me a Brat”