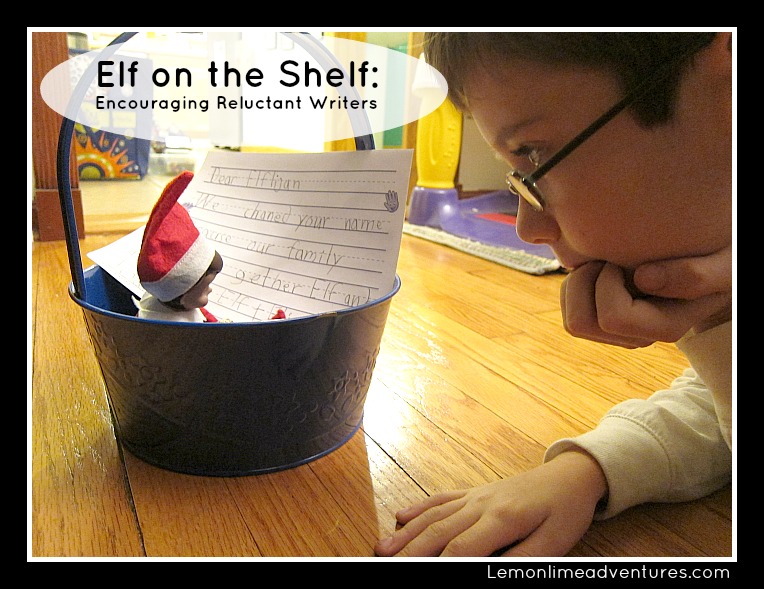 Last year we received “Elf on the Shelf” from my mom as a present and I was extremely reluctant to join the hype. I like to think of myself as original and I just wasn’t sure I wanted to be a part of the new “tradition”.

Despite being there when we bought the elf, taking the elf out of the store’s bag, and taking the tag off the elf themselves… my boys want to believe in the magic of the elf. We read the book and we named our elf as the book told us to. 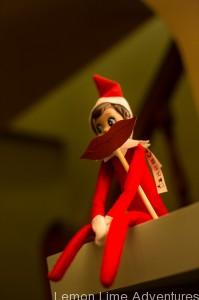 Danger became such an important part of our December last year. So much so, that when we had a “Reveal Party” to learn the sex of Super B, Danger had a vote as well.

I got hooked. I became addicted.

There is something fun and childlike in moving the elf each night and making up stories of what the elf must have been up to the night before to get in the position she was in. 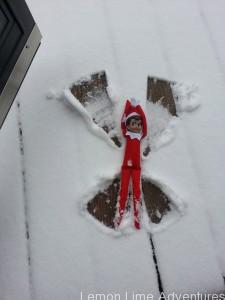 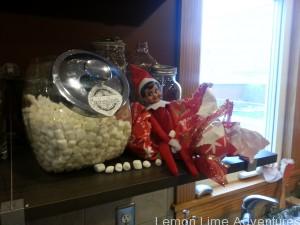 This year Danger is back. I had this grand plan of having the boys write a letter to invite her back, but I completely forgot that I got her out, played with her, and didn’t hide her before the boys arrived from Mr. X. (yes, I was playing with her without the kids around) 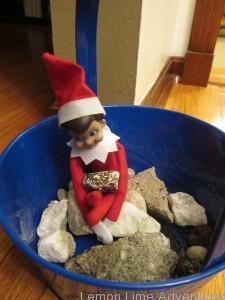 There she was. In their rock collection. The boys were ecstatic. I pretended I didn’t know she was there when they came in from Mr. X in the morning and proceeded with our morning “Today’s To Dos” which included writing a letter to…

The boys had so many questions and wanted to know so much that they were still excited to write a letter to her that she could take back to Santa.

Now, I want to tell you I do not have children that like writing. As a matter of fact, they would go every day without writing if they could. I am forever looking for ways to motivate them to write and usually it ends in disaster.  But this time, they were excited! 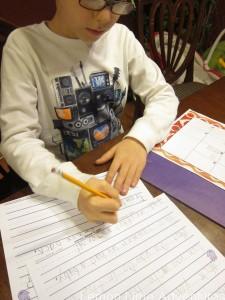 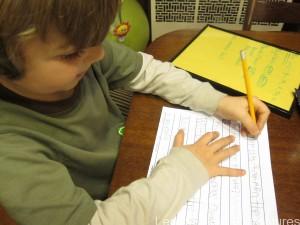 Besides letting Danger know that she had incurred a name change; Legoman asked “What did you do this summer? We had a baby.”

and Caiden wanted to know how the reindeer were doing.

“I wonder if El-fly-jah wants to journal with you guys each day?” 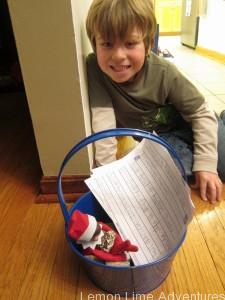 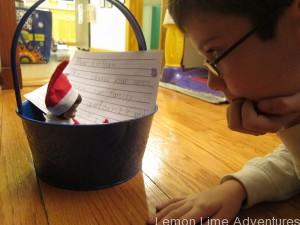 After the boys finished their letters and their requests to journal with El-fly-jah, they were off to bed.

Now comes the fun part. The teacher in me can’t resist the temptation to turn this into a literacy experience.

The Elf has accepted their challenge to write with the boys daily, but has challenged them a tad more by asking them to write a summer adventure that the elf went on. According to her…

“This summer, I went on a great adventure. It’s a special adventure that only comes true after you tell it. Since I am your special elf, the magic lies with you.
I would love to journal with you. All I ask is that you please add to the adventure every time you write to me.
You can still ask side questions (The reindeer are doing great by the way).
I can’t wait to see how my summer adventure began. Your imagination is the limit.”

Today the boys woke to find their elf waiting patiently on our Advent calendar with today’s activities pulled (we are behind due to sickness and time spent with Mr. X) and a letter about the adventure they were to write. 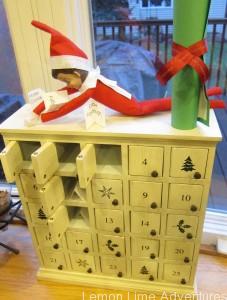 Each day the boys will be asked by El-fly-jah to write a portion of the adventure from her summer. She will provide clues to her adventure as a way to lead their writing, but allow for creativity.

You can follow along with El-Fly-jah’s adventures, as I add each day’s picture, the letter she writes and they response she gets from the boys.

Day one: Elf Creates a Challenge 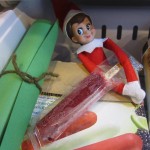 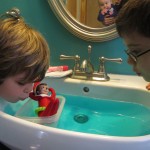 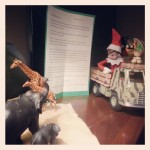 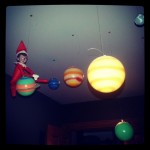 Day Eleven: Elf Goes to School (idea from the children)

Day Twelve: Elf Goes to the Library (idea from the children)

You can help! Where do you think El-fly-jah’s adventures should take her?

I would love to hear.

4 thoughts on “Elf on a Shelf: Tradition Turned Literacy Experience”