When my 18 month old first hit another child at a play date, I was mortified. What on Earth would possess my beautiful, kind, sweet little girl to hit? I rushed in and swooped her away, sternly telling her she shouldn’t hit, drawing her attention to the now crying child on the ground. I was hoping she would be equally as mortified over causing another child pain. I was hoping she’d never do it again. I was hoping that I wouldn’t spend another minute worrying about how to stop a toddler from hitting. 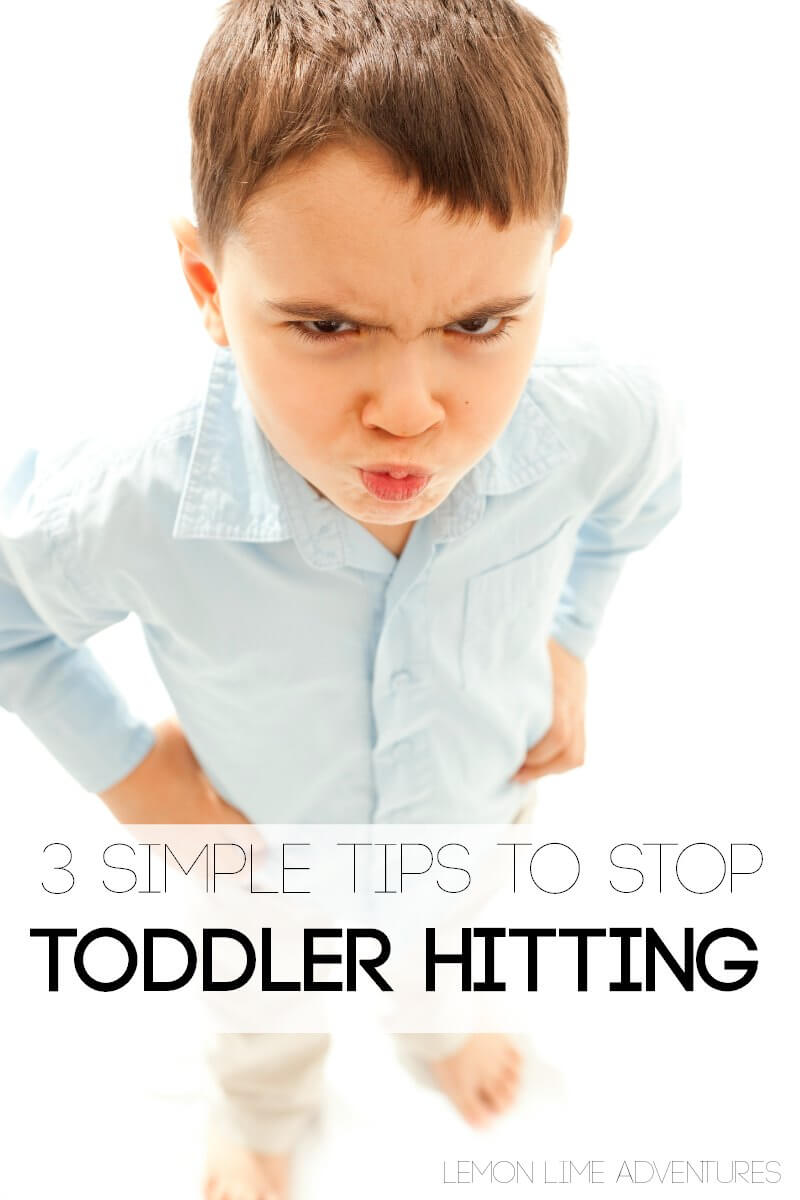 To my dismay, my reaction did little to stop her will to hit. Sometimes she would hit because the other child had a toy she wanted, other times it was seemingly unprovoked. Often it would come with a wry look in my direction.

I was advised to give her some of her own medicine so she could see how it felt. Even though I was coping with a limit tester, I was reluctant to do this. Sure, her behavior needed correcting but would she really learn to stop hitting if the person she trusted and took cues from everyday, hit her back?

I withdrew myself from play dates, not wanting to suffer the embarrassment of having my child cause havoc amongst the other children. Besides that, play dates were no longer enjoyable or helpful for me. I was always having to intervene, patch up hurting children and leave prematurely. It simply didn’t seem worth it.

I confided in a friend who linked me to an article by Janet Lansbury. In her article, Janet writes about dealing with hitting, biting, kicking and other aggressive behaviors in toddlers. I had a light bulb moment, and with a new found level of confidence, I organized my next play date.

I now had a different view of my daughter’s behavior.

She was not hitting to hurt others. She was hitting because–to her–it was interesting. It sparked a reaction from the children, from the other parents and from me. She was not deterred by my stern attempts to talk her out of the behavior. Her strong will was just too intrigued by the commotion she was able to create in one single move.

I realized that she needed my help to stop hitting.

I needed to stand up and be her strong, confident leader; one that was able to stop this behavior and enable her to move past this phase safely. These three guidelines subsequently helped us learn how to stop a toddler from hitting:

Simple Steps How to Stop A Toddler from Hitting

Be a Calm, Confident Leader

When a young child hits, it is important to remember that it is not because they are bad, evil or malicious. They are simply testing out a new trick they learned. Sometimes they learn it by seeing others do it; sometimes they learn it inadvertently through play. Either way, it causes a reaction and suddenly becomes an interesting thing to do

By downplaying our reactions and approaching the situation calmly yet confidently, we can diffuse the excitement and make it less worthy of repeating. Adopting a CEO-like, even tone to our voice. One that is not too stern neither friendly, is the key. Janet speaks of staying completely unruffled as though the behavior is not a bother to you, just one more thing on your long list of to dos.

Stay Close to Prevent the Behavior

When a child hits another, we often are caught off guard. But if the behavior is becoming a pattern, it is important to assume that they are going to hit again and be ready to prevent the hitting.

This sounds like a difficult and arduous task. Who wants to go to a play date where they have to shadow their toddler everywhere while their tea goes cold and the other mothers sit and chat about their days? Bear with me though. This is what a child needs us to do. In fact, those wry smiles they give us just when they are about to hit is like a formal invitation begging us to come and stop them.

It won’t be long before they stop, if you can be there to gently block the hit and state calmly, confidently and simply, “I won’t let you hit. Hitting hurts.” You are letting your child know you’ve got their back. You are there for them and will help them to stop doing things that could potentially land them in hot water.

If a child has been hitting for a while, it might take them a little longer to hear and internalize the message and believe you when you say, “I won’t let you hit.” A child might get upset and express emotions over the loss of power felt.

This is ok. Acknowledge the emotions (anger, frustration etc) and then stay calm and steady in your resolve. If a child continues to try to hit out at you or others, be prepared to end the play date early. This is as much for his benefit as it is yours and the other children.

You might say: “I can see it is hard for you to stop hitting today. If you continue trying to hit, I will help you by taking you home.”

Then follow through the very next time. This is an effective strategy for peaceful discipline.

It is very common for toddlers to go through a hitting phase. It is not a sign of bad parenting nor a bad child. It is simply a child crying out for a strong leader to take their hand and steer them lovingly back on the right path. 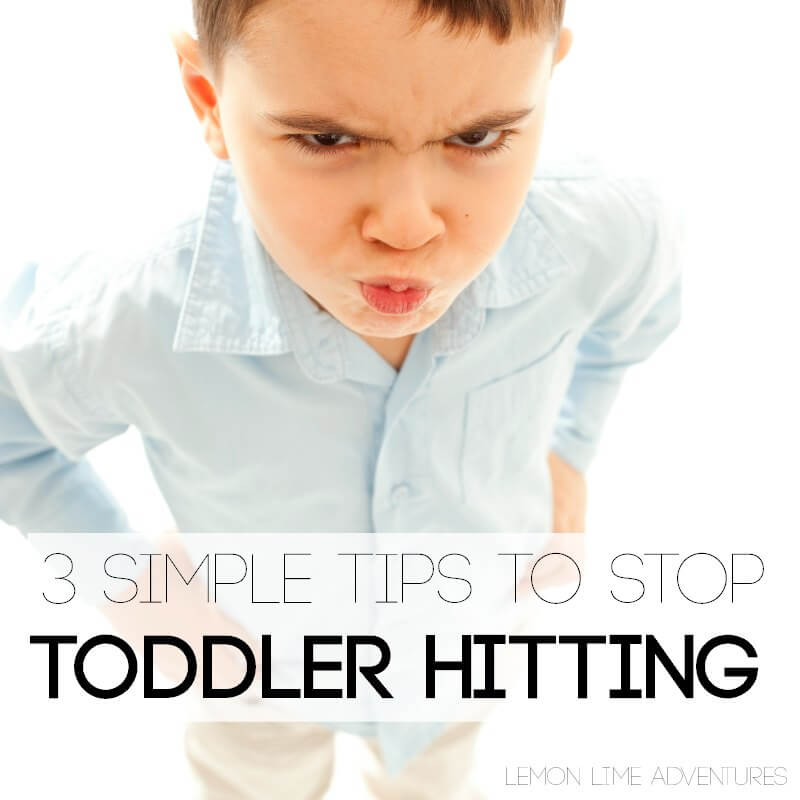 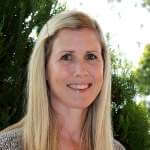 Kate Russell is the owner and editor of Peaceful Parents, Confident Kids. Through her blog she aims to inspire parents to become stronger, more mindful and more respectful in their parenting. In the future she aims to run workshops for parents and early childhood educators wanting to learn more about applying respectful and peaceful parenting practices to the children in their care. Kate is a published author and a mother to two beautiful children of her own. Connect with her via Facebook, Twitter or Pinterest. 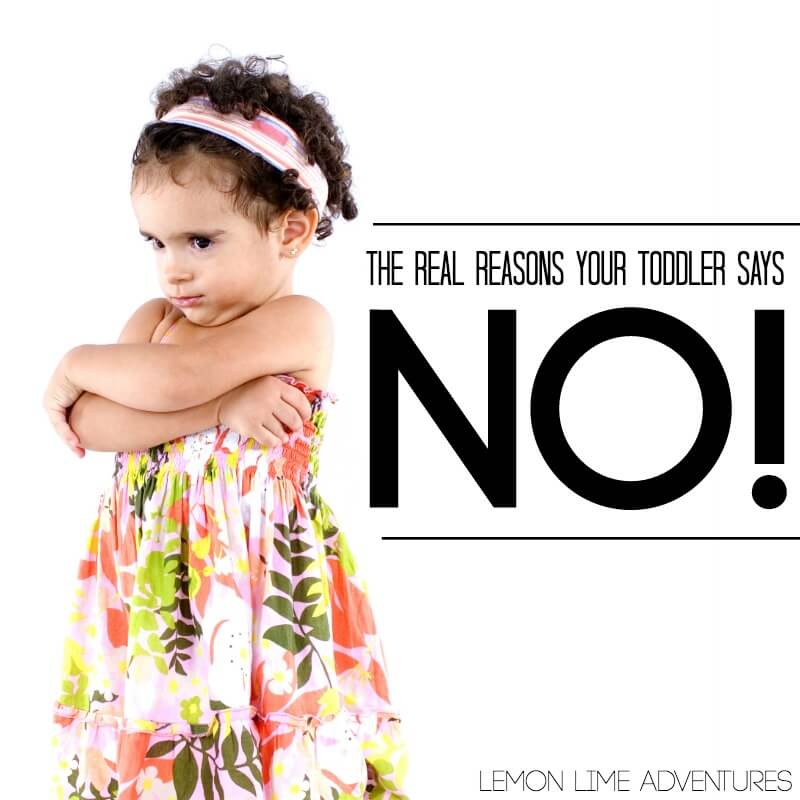