By now you have likely seen the celebrity stories. You know, the ones where a celebrity family is caught in a shocking secret. Every time the news hits, it is the exact same scenario. People from all walks of life start talking about this tragic story, some in defense of the ones in the spotlight, while others “cast stones”. However, I think people continue to miss the bigger picture. The sad reality is that this is not just the shocking one-off stories. The truth is that even though no one wants to talk about it, this happens more than we know.

I am putting myself out there by telling this story, but I think now is as good of time as any! As stories surfaced during child abuse prevention month, I kept telling myself I would tell my story. You see, I believe that my story is one that many children could tell, but don’t. I think it is a story that is sadly hidden away in our culture, with the victims as the ones left hurt and scared. 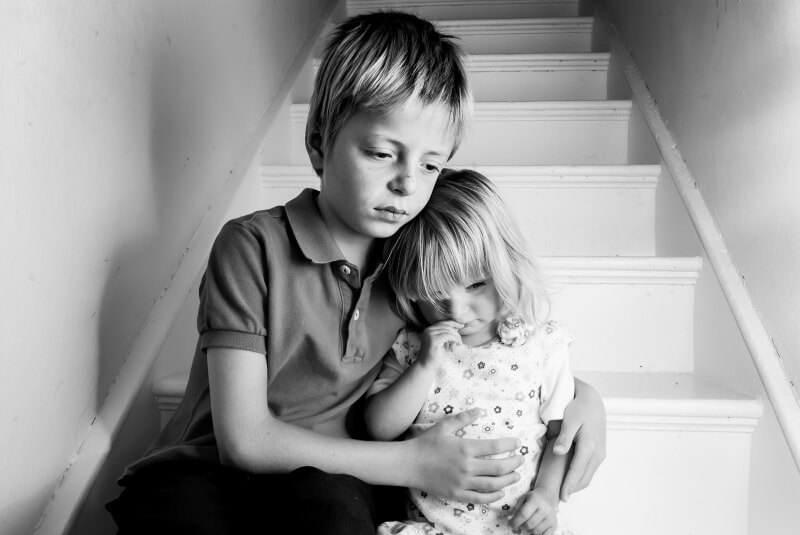 In a recent scandle, the one in the spotlight was 14 years old when the alleged child molestation cases occurred. According to reports, he would fondle his sisters while they slept, played, and even trusted him to read stories to them. Many are saying that while this is inexcusable, they are defending the fact that he was merely a teenager and should not be judged for his actions as a teen. Where are the stories about the victims? Where are the stories about how this could have been prevented?

Everyone seems to be so shocked that such a disgusting thing could happen and that such a disgusting thing could be hidden for so long. I am not shocked. I am not surprised. Sadly, I would bet that this story is unfolding day after day in families across the world. I would also bet this story has been told throughout history. The only difference is that media, reality TV and social media did not have such a huge presence in our lives or the lives of our grandparents.

How do I know? This was me. I have never told anyone (except my closest and dearest friends) about this and I am really scared to put this piece of me out there. However, my hope in doing so is that we can all take these stories more as a wake up call. A way to speak about the unspoken and a way to help the silent victims.

You see, I was molested as a child. Even as I write those words they seem unspeakable. They seem so surreal. For most of my childhood and adult life I blamed myself. I thought I was alone. I was not touched by a stranger, instead, much like what you hear in these scandals, I was hurt by someone I trusted and someone my family trusted to care for me because he was the oldest one in the family. I went years with this secret. In fact, it was not until after I was married (the first time) that I even told anyone. It wasn’t until it was destroying my marriage and my ability to be intimate with my husband that I finally spoke up.

Telling someone was a huge step and believe it or not, it got easier to do each time I told another person. Each time it was the same scenario, I would be having a heart to heart with someone I loved and trusted, I would share my dark secret, only to learn that they too had a similar secret.

I am not saying that everyone has this dark secret and the world is full of terrible things. What I am saying is that I have come to realize that this sad reality happens so much more than we ever think it could. The older I have become and the more times this scenario has played out, the more I am learning that so many children are touched inappropriately by people they trust.

I have kept quiet for so many years because it is embarrassing. It is scary to tell this story and not be judged, not seem like I am looking for attention. As hard as it is, I hope that this story encourages others to speak out.

This story hits home even more than you might realize. While I have carried this burden as an adult, I never thought I would know of a child who had the same sad untold story. No! I would be better than the adults that missed it in my life, so I thought. Unfortunately that isn’t the case. In just the last few years, children very close to my heart have been a part of this same story, and not only on one occurrence. I have seen it happen in great families, not so great families, and even families I know and love. Luckily, these children felt comfortable telling someone and the story ended there. For so many, this is not the case. For so many, they remain silent for so many years.

What if we created a place where it was okay to speak about this unspeakable act? What if we created awareness and tools to help families who are faced with the same stories as the “news reports”. What if we weren’t forced to hide it and force the victims to stay victims?

Will you join me in speaking out? If you know this untold story, whether it is you or someone you know, or someone you have crossed paths with… will you leave me a message that just says “It’s Not Just The Scandals”? On Social media you can use the hashtag #notjustthescandals. You can share your story if is something you need to be told, or you can leave it just at that.