Okay, I know when the pumpkins start to rot you are “supposed” to throw them away because… ew, gross… why would you keep something like that. However in our house, when we see rotting pumpkins we know it is the perfect opportunity for a disgusting science experiment for kids! So we whip out our supplies and get to work. We can’t wait to share this gross but totally cool science exploration of rotting pumpkin science! 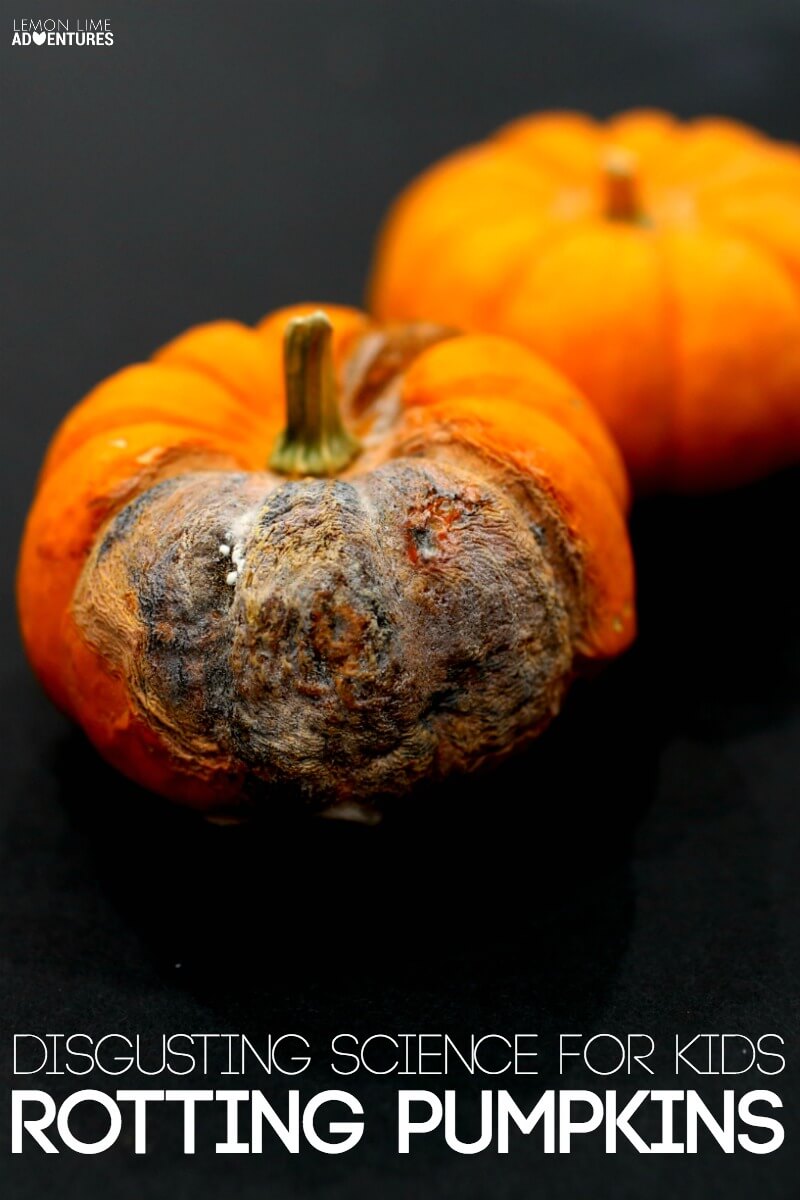 We are pretty big fans of gross science and ooey gooey explorations in this house but this fall science experiment tops the cake. We are always one the first ones to buy pumpkins in the store because of this silly blog and our attempt to get ahead of the season. The only thing is that we are completely last minute no matter how early we buy pumpkins. The other day we noticed our supply was looking a little, well, rotted. Instead of throwing them away, we decided to save them for explorations. 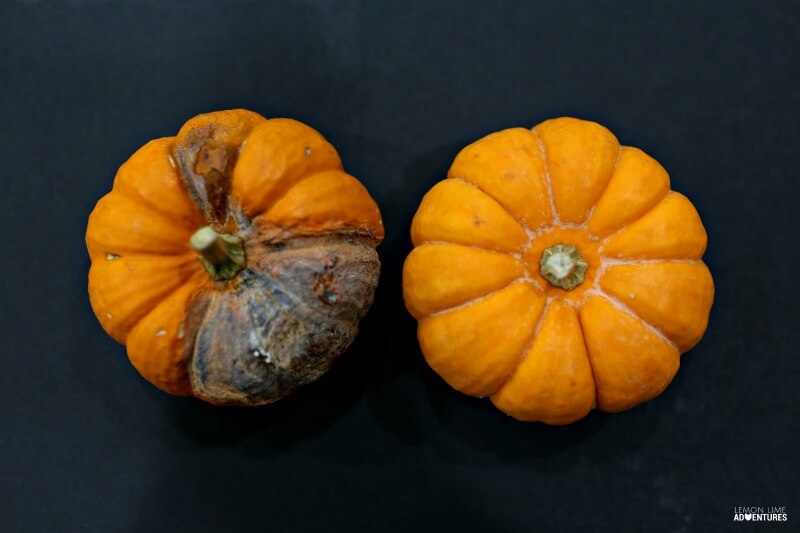 What You Need for Rotting Pumpkin Science

Sharp Knife for the Adult

and one very willing preschooler (or any age child) ready to touch gross pumpkins. 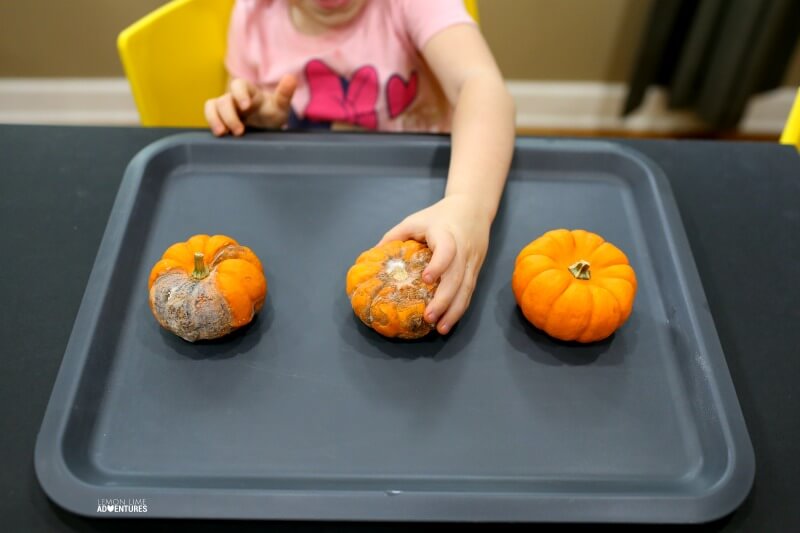 The first thing we did was set our our tray that we do all our fun experiments on and set out three different pumpkins. One very far on the rotting train and one just starting. We also added one pumpkin that was pretty fresh that had not begun to rot on the outside yet. (To be completely honest, we weren’t sure what we would find on the inside.) 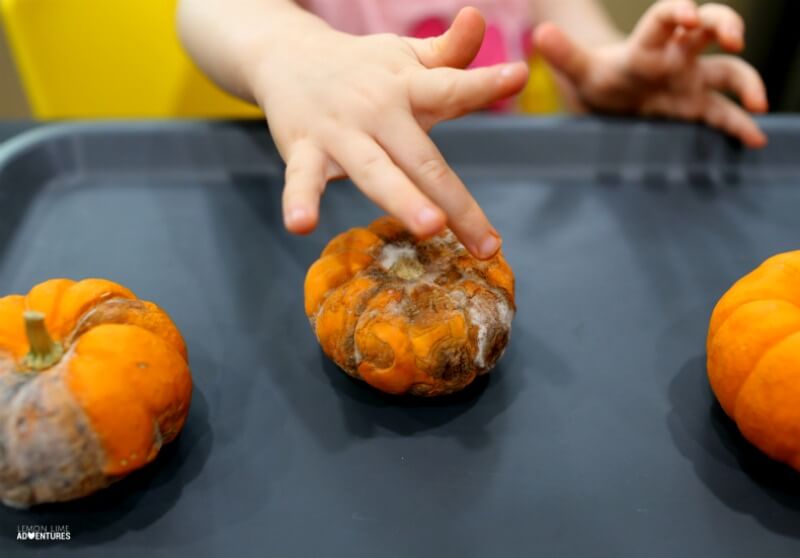 To say it was gross would be a drastic understatement. That didn’t stop us though. We had to know what the inside looked like and the changes that had occurred during the decaying process.

So, next, I cut the pumpkins in half. This was surprisingly harder than I thought. So be careful when you cut yours. The hardest part to cut was the stem. 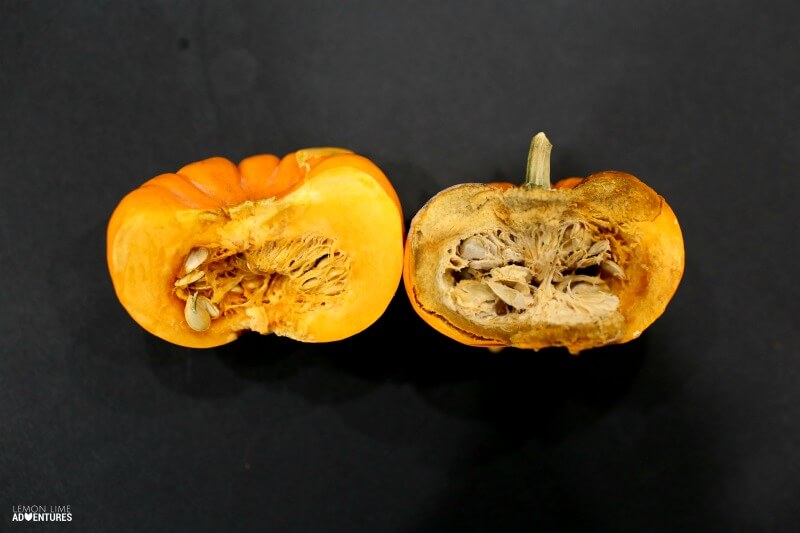 Oh… it was gross!!!! Super B immediately noticed the differences. However, she also noticed that they both still had meat seeds, and the stringy parts. All of those parts had just gone through some pretty drastic changes. For good measure we opened the other rotting pumpkin too. 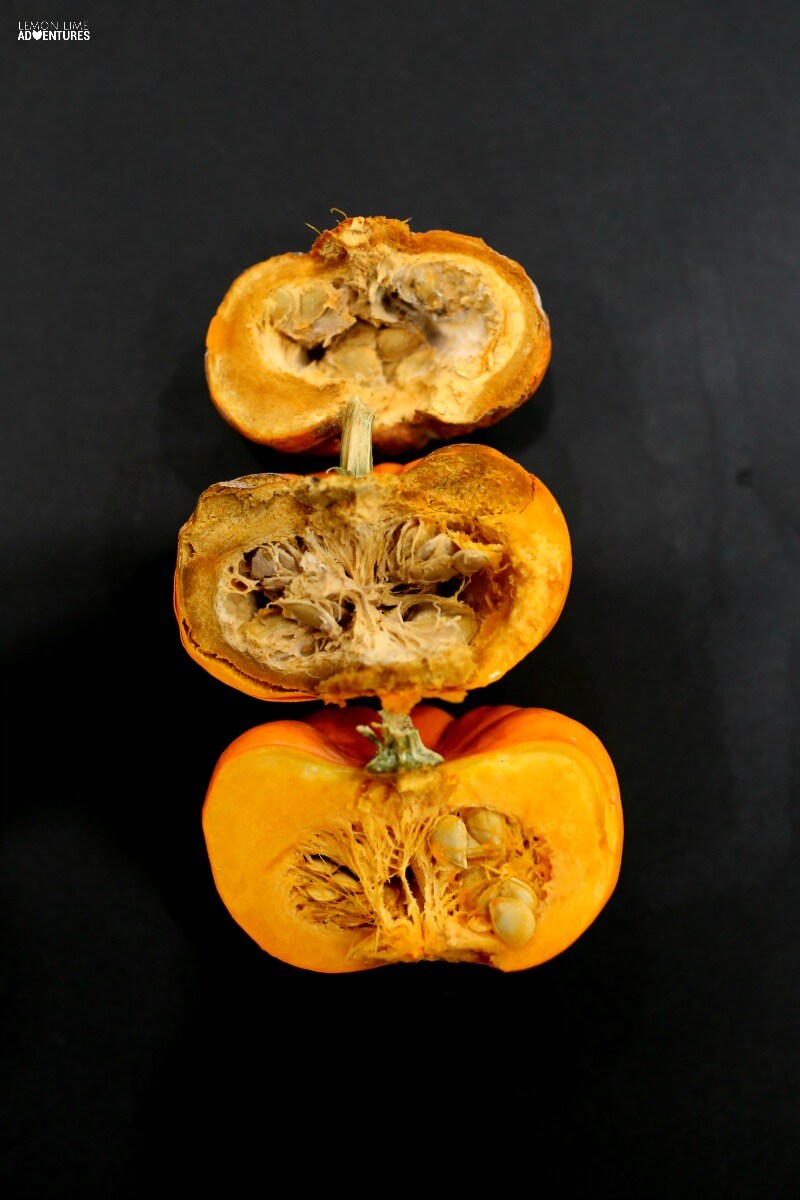 Now it was dissection time!!! We were ready! 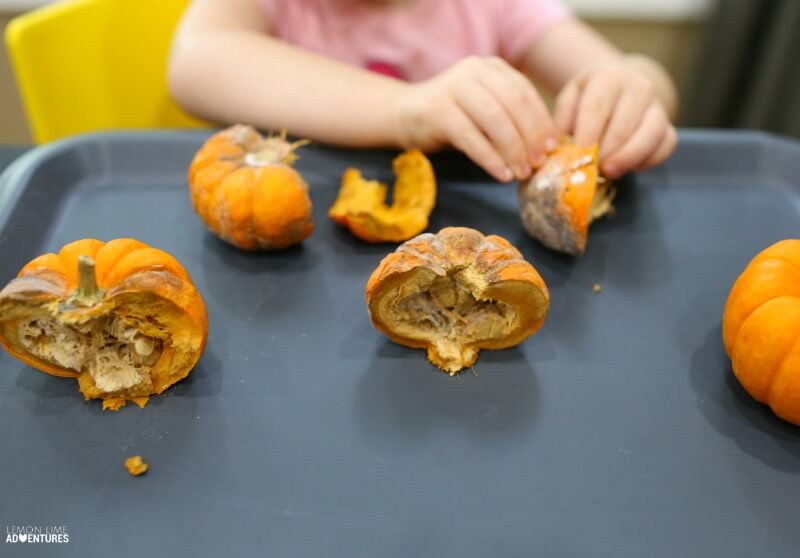 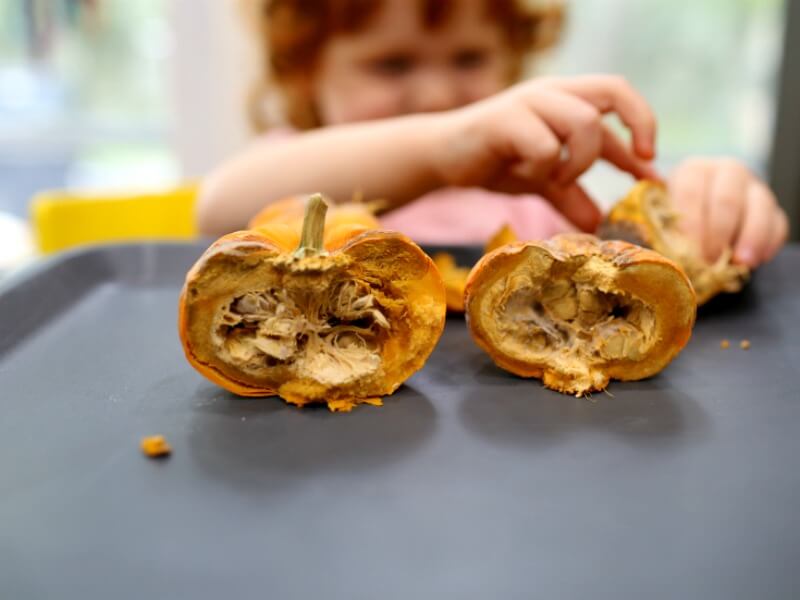 When the bigger kids saw what she was doing they wanted in on the exploring too. They poked and prodded, pulled and pushed on the pumpkins until there were just bits left on the tray. Honestly, we wish we had kept them for one more day so we could weight them, put them in water, and even count all the seeds but the smell was a little more than we were prepared to handle for one more day!

Do you love disgusting science or fall science experiments? Then you will love our new book, STEAM Halloween. Inside are 59 pages bursting with spooky and sweet Halloween projects. Things like pumpkin brush bots, spider web science, Halloween building challenges and more! Right now you can get this ebook for only 4.99 or in a bundle with our best-selling book, STEAM Kids for 16.99!! 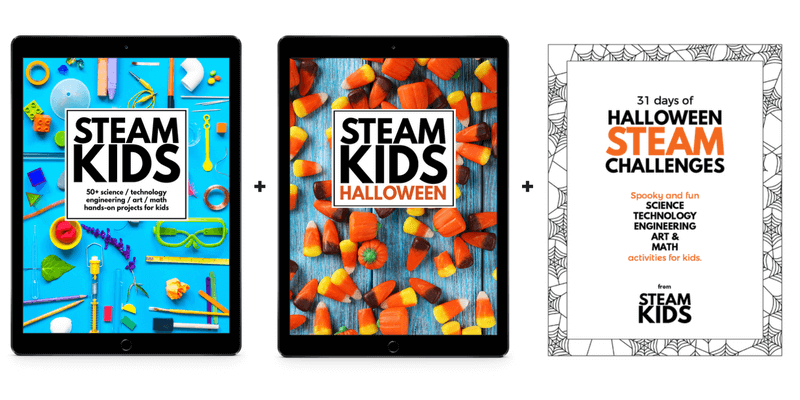 Plus, 31 Days of Halloween STEAM Challenges for Kids!

Play and learn this Halloween with these Halloween STEAM Challenge cards. STEM plus Art made spooky, sweet, ghostly and fun! Inside you’ll find fun invitations to create like design a flying ghost or a make a batch of slimy pumpkin oobleck. 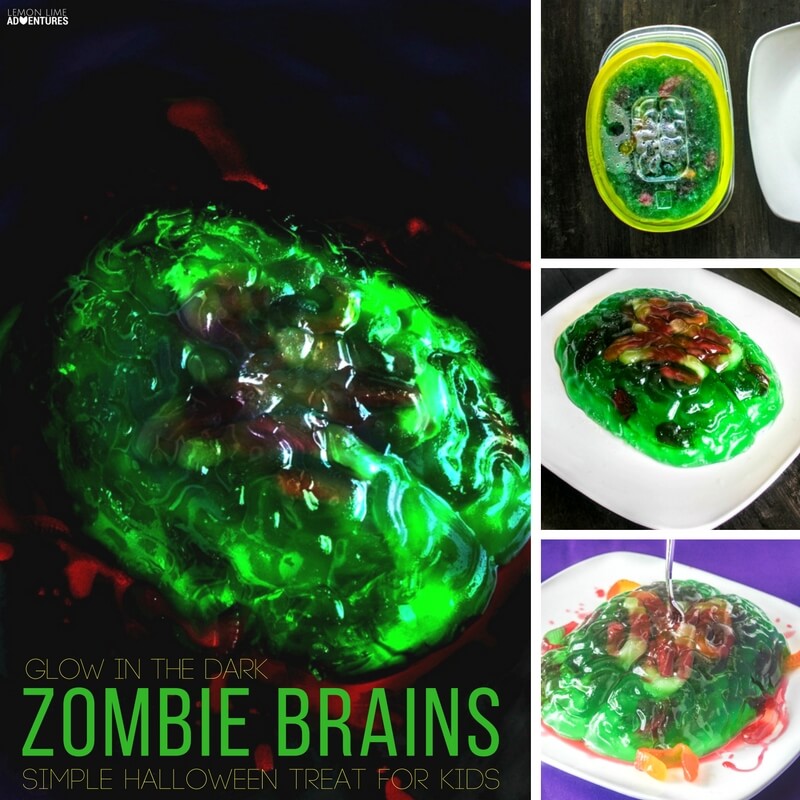 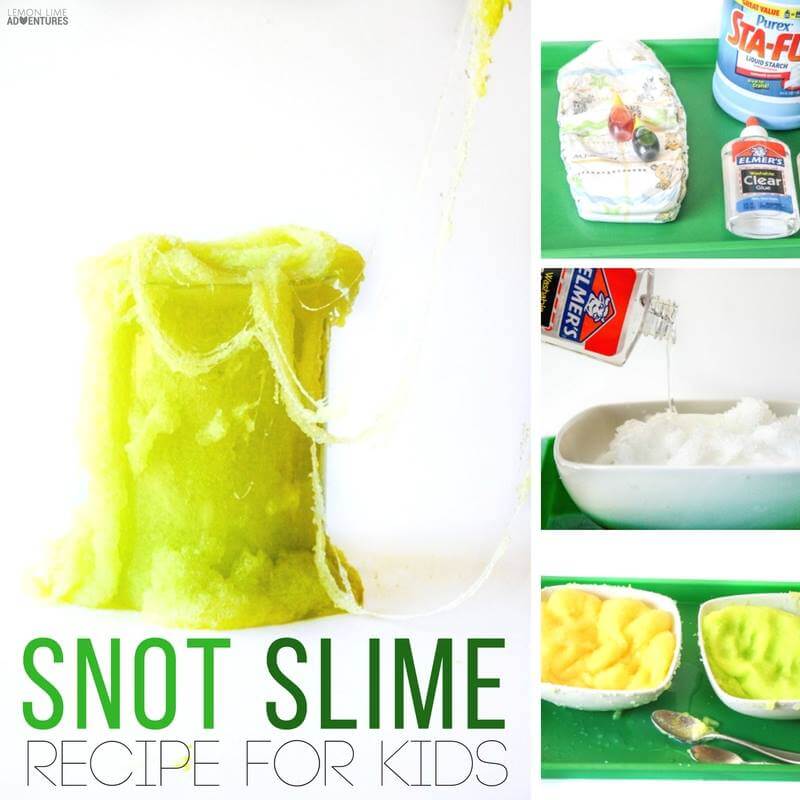