I’m going to tell you a little secret

To tell you this secret, we’ve got to back the clock up several years.

See, a few years ago, I was a prisoner in my own home, and I had no idea what.

I didn’t know that anxiety was the one that had the key and was locking us in.

But there we were in our house, never going to social events.

Our family would invite us to things, and we would always find excuses for why we couldn’t go.

We tried to avoid loud places, restaurants, and really anything that made us all leave the house… 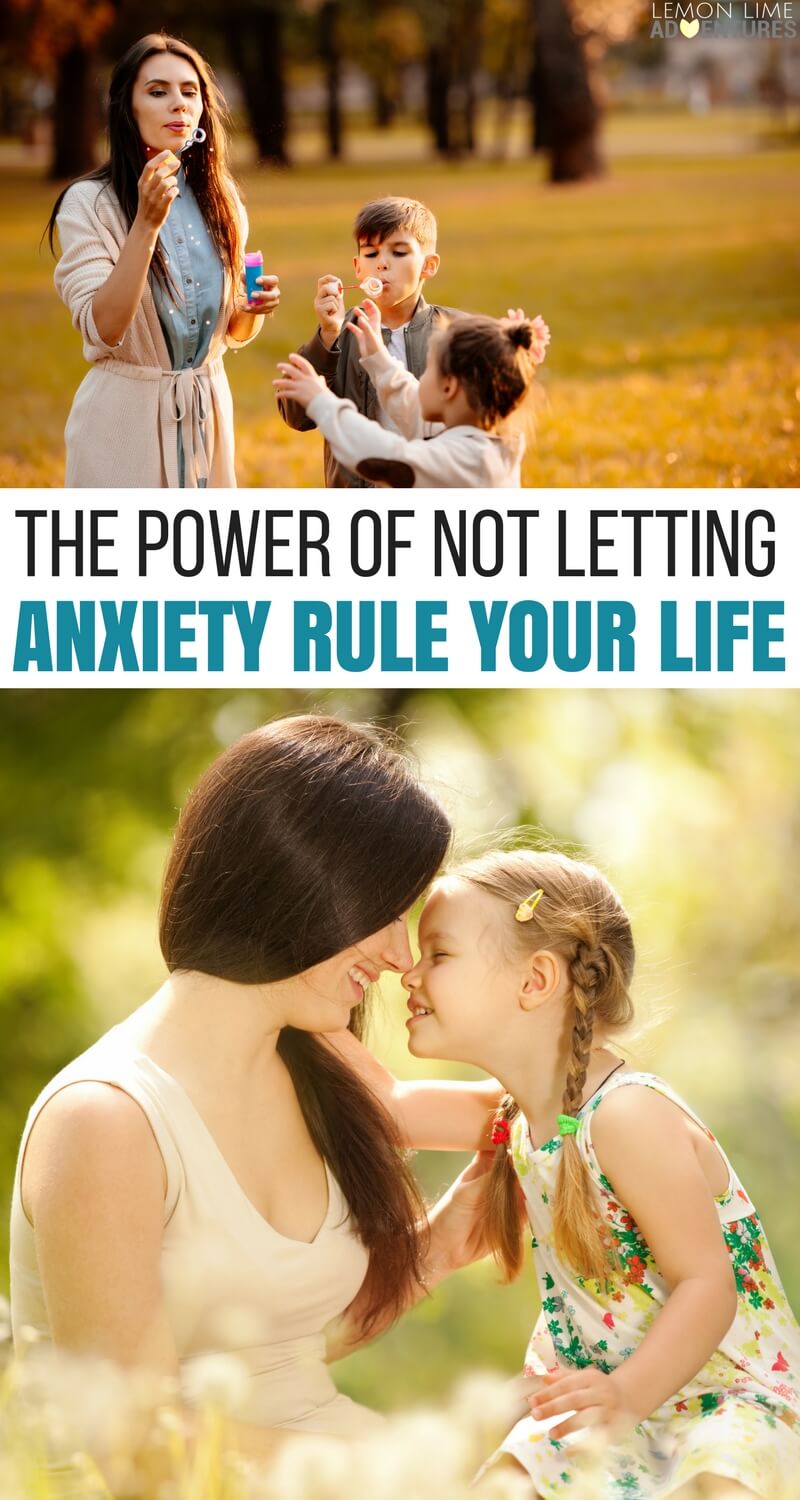 The Power of Not Letting Anxiety Rule Your Life

We just had so many battles in our own house that the thought of leaving seemed completely overwhelming.

What I didn’t know then was that we were trapped in our home because of all of this anxiety that actually all of our kids were dealing with.

If someone had said to me, I know what the problem is. It’s anxiety holding you back! I would have said no way.

Super B is not the type that anyone would believe is anxious. But as she started developing on her own, I noticed that she had her own way of doing things.

She is an observer and she holds back before saying something to strangers.

She’s overly emotional, is what some people say. Grandma likes to think that she gets worked up over little things that don’t really matter.

She just has these really big, strong emotions and can get really upset about things if they don’t go her way.

But that’s not anxiety, right?

Bones will come home, and he’ll slam his homework down on the table.

When I try and help him, he’ll completely refuse.

This is my helpful, loving, kind child. We say he’s the glue that holds our family together. Yet here we were having all of these struggles with him.

I thought he was just being passive/aggressive because that was his personality.

I never thought my kids were anxious.

Then our oldest, most of you already know the story of our oldest who really struggles with a lot of aggression, and anger, and big outbursts, and meltdowns.

We let our kids big behaviors rule our life.

So it was like that for years until I put on the brakes. We had to get to the bottom of all of these behaviors.

We have to come up with a plan and quite saying that this is just our life, this is the hand we were dealt, this is what we have to deal with so we’re going to do this.

Once I had started tracking my kids behaviors, I could try to look for patterns.

I noticed that my oldest started having really hyper and rambunctious behavior when he knew something was coming that he was really excited for.

I started to see this light bulb go off in my head, where I realized that the two were connected.

Once I started tracking those behaviors, I really started seeing worry and anxiety at the root of the behaviors. And once we knew the trigger or cause of the behavior, then I was able to implement some strategies and create a plan with our whole family.

We started using visual schedules in our house. So my son knew what was coming next, what he was going to be expected to do, or see, or what his day was going to look like.

With Bones’s struggle with homework, I realized that the anxiety lurking behind his behavior was that he was getting upset every time he had to do something that he didn’t think he was very good at.

I said to him, “I noticed that every time you start your homework, you start saying things that can be hurtful to other people. It sounds like you don’t want to do your home work. Let’s dig down to the bottom of this, together.”

It opened up this world of communication for us. Together we realized that he was struggling with math, and he was scared of getting the answers wrong in front of me.

Worry and anxiety were the culprit again, this time keeping us from having that lovely relationship together.

When tracking my daughter’s behavior, I noticed that she was having these fights every morning when getting ready for preschool. She refused to put on her clothes, or she refused to eat her lunch before going to school.

She was anxious and worried.

Once I realized that worry and anxiety are what was causing those big behaviors, our lives completely changed.

I’m able to do a visual chart of what we’re going to do in the morning before we go to school. Because I know that anxiety and worry were at the root of our struggles, I’ve been able to create this plan.

That is my secret.

Once you have a plan in place, you can stop letting worry and anxiety be in control of your life.

It has been such a life changer for us to be able to realize that anxiety was the real thing keeping us trapped at home.

All of these big behaviors that could have been seen as me being a bad parent, or my kids being spoiled or disrespectful, They were really rooted in something so much more. Each one of those big behaviors were trying to tell me something.

I am here to say that there is hope. There is definitely hope if anxiety is the root of some of the problems in your home.

I am not 100 percent perfect. I believe that all of us have our flaws. I have lived this and gone through it and we’re still going through it in the moment. I am here to share what we’ve gone through, what’s worked for us, and how we have changed. 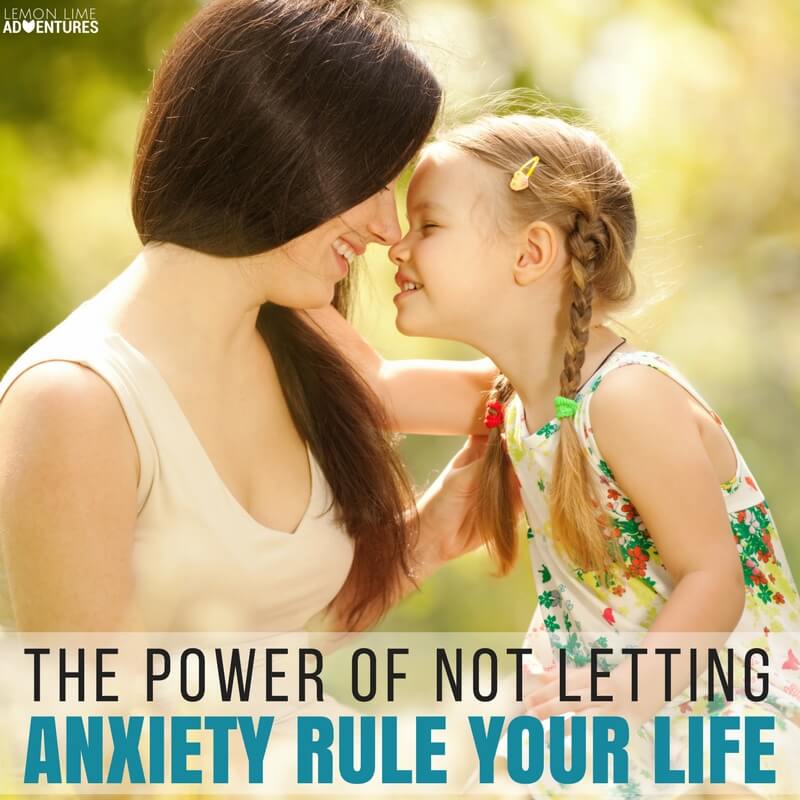 If you’re dealing with these big, overwhelming behaviors in your home, and you just want a way to find some calm, I’m right there with you. Start tracking the behaviors and see what might be causing the underlying worry or anxiety. Once you see the true cause, it’s easier to make a plan.

For more adventures in parenting, check out: 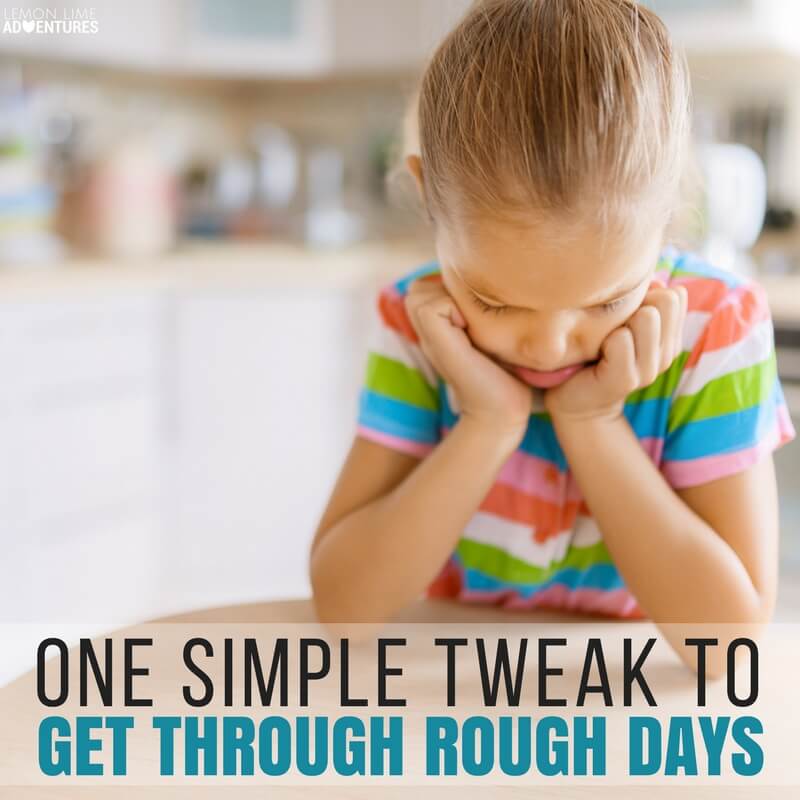