Add Color to Your Winter with Snow Painting 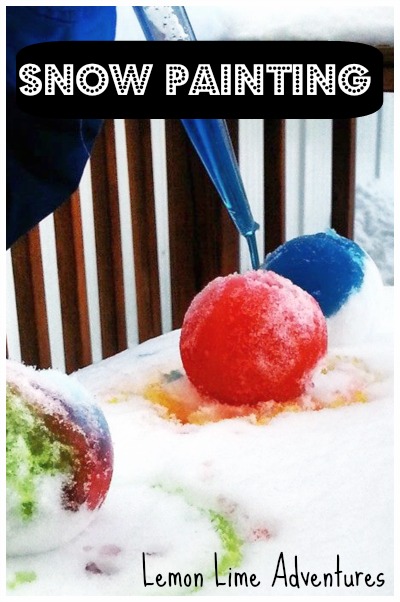 It has been a full blown winter here in the Midwest! Snow at least once a week, frigid temperatures, and lots of indoor time. We have had our fair share of snow play this winter, but my favorite has to be what happened after we finished up experimenting with color mixing. I never thought snow painting was going to be so much fun and such a creative outlet for the boys (ages 6 and 8).

{This post may contain affiliate links to materials I recommend. Anything you purchase through these links helps support Lemon Lime Adventures. Thank you in advance for choosing to support us.}

Lately my boys have been fascinated with color. Since my kids are older, one might think they are too old for color since they have known their colors since they were both 3 years old. Not so. So far, we have made colored sensory bottles for their sister, made home made recycled construction paper, and read many books about primary and secondary colors. So it is no wonder, that they jumped at the chance to make their own paint to use as snow paint.

It was great for fun fine motor practice!

I gave both boys a muffin tin of with primary colors {Red, Blue, and Yellow} in three of the holes. They used a turkey baster to squeeze and transfer colored water to the remaining tins. They predicted how to make each secondary color and used an empty tin to test their theory until we had all of the colors. 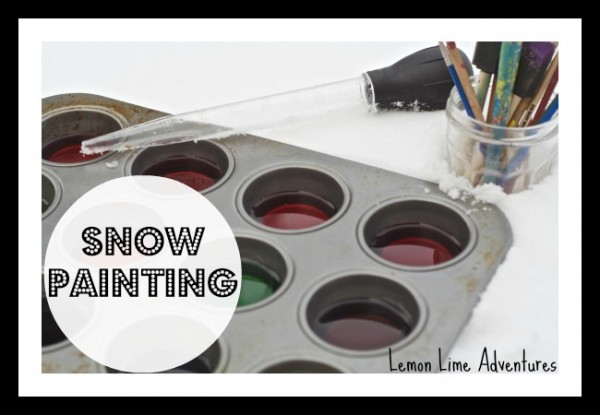 We took the muffin tray outside and set it up on a flat surface that was covered with lots of snow. We made our own easel out of what we found on our deck. First we tried dipping paint brushes of different textures and sizes into the “paint” but we were unable to get it to create a line. I would suggest this for another time, however, as the snow just balled up on under the brush.

Next we brought out the turkey baster again and I let the boys do their own thing. It was so fun to listen to Legoman tell his story as he painted.

“Here are the mountain covered in trees. {Green}

Here is the beautiful blue sky. {wisps blue around}

Here is the Forest Fire caused by a meteor falling to Earth. {creates a blue ball of snow and throws it into the trees}

Phew. That was close. Everything is cooled off now. {Paints a blue circle around the fire}”

After this, he put the turkey baster down, put his hands on his hips, and said… 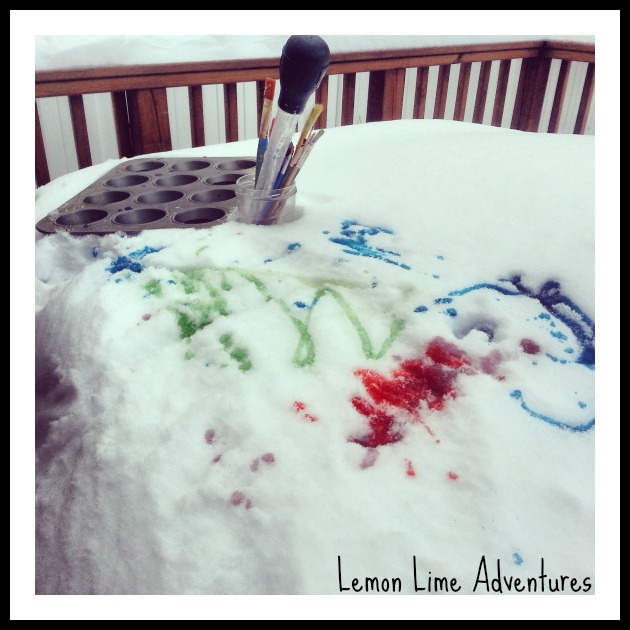 {Do you see his story}

But the boys weren’t done. Many years ago my mom bought the boys a snowball maker that. quite honestly, makes perfect snowballs every time! It was Legoman’s idea to create colored snowballs using the paint. The last time we tried this was when we did sight word snowballs, and the paint just melted the snow. I was skeptical, but he made it work. 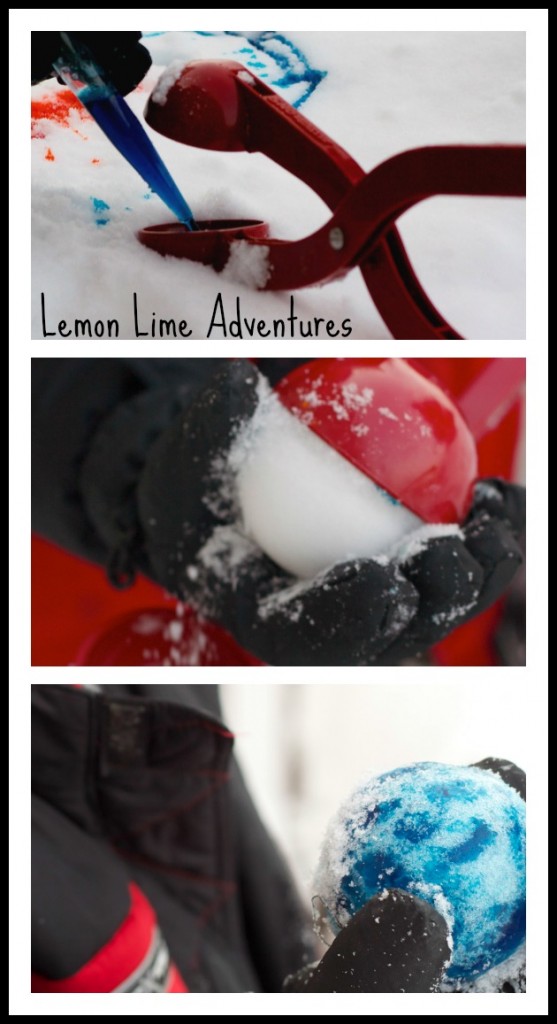 He carefully placed the snowball maker in the snow and opened it up, just so.

He filled the bottom with blue “paint”.

Then carefully he stuffed the snowball maker with snow. This got really tricky so the “paint” wouldn’t fall out.

He had to be super careful getting the snowball out of the holder.

It made a beautiful blue and white ball, which resembled Earth. He loved it!

But he wanted to experiment some more…

And more than anything he wanted to throw this ball into the yard!

This time he made his snowball first and took it over to his creating station.

From here, he dripped red on the snowball until it was saturated.

{Think snow cone, and that is what he had made}

I just love this picture of him and his Fire Ball!

He is SOOO PROUD!

Next up, it was time for Bones!

I love how different they are in their thought process, they delivery, and their creations.

Bones took extra care to make sure that his balls were near perfection.

He did not pretend they were anything. He didn’t need to.

He simply wanted to make something beautiful… 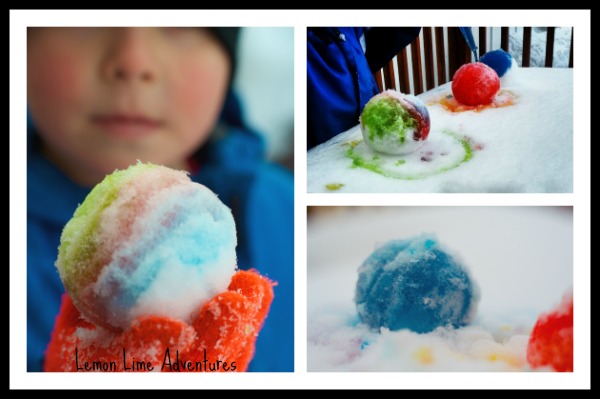 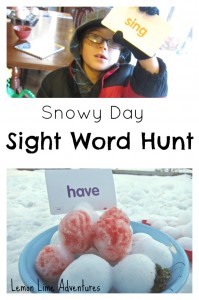