This is a sponsored post written by me on behalf of Nickelodeon for IZEA. All opinions are 100% mine.

Everyone can pretty much agree that slime is pretty awesome. Whether it is being played with, dumped on you or even eaten, slime has a special power to make kids smile. We can’t seem to get enough slime lately, so we decided to try our hand at creating some pretty awesome slime-like cupcakes. 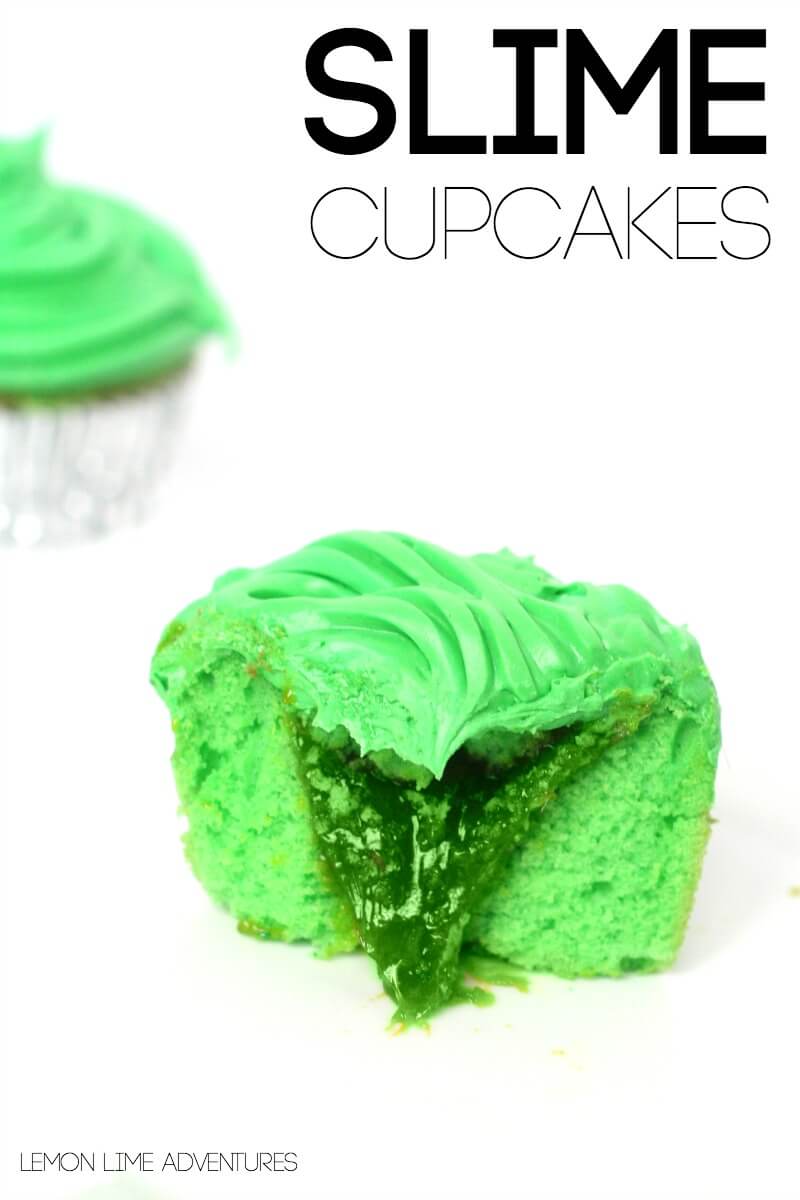 My boys can not wait until the 2015 Nickelodeon Kids’ Choice Awards Ceremony which airs on March 28th at 8pm. In fact, they were so excited about the upcoming event that they asked if we could celebrate by making cupcakes in honor of a staple of Nickelodeon… slime! These slime-like cupcakes are the perfect messy companion to any kids event! 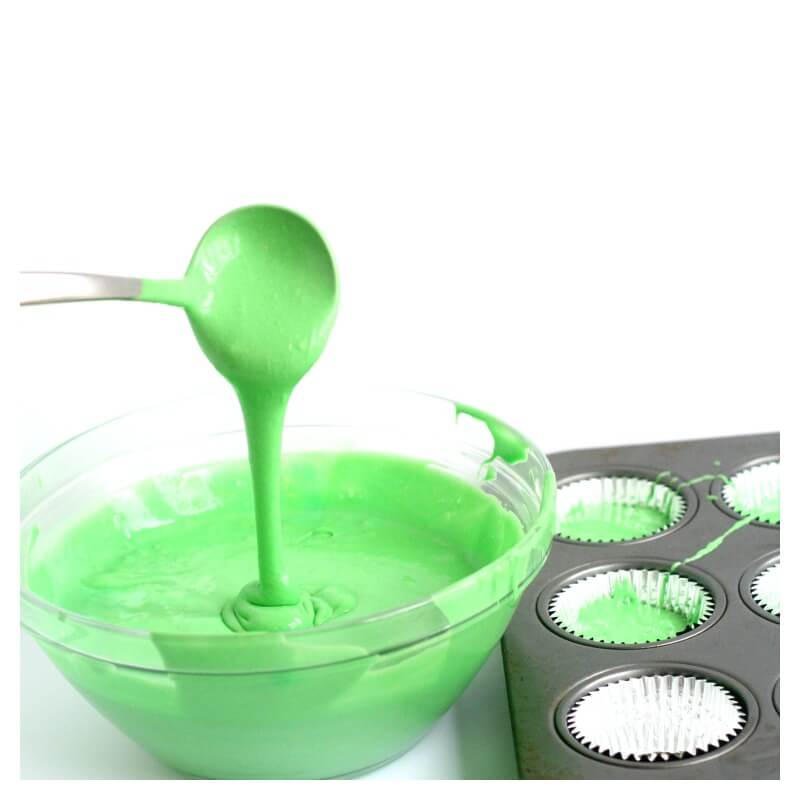 We decided we would leave the slime making to the experts but we could definitely take care of the treats for the party! My youngest son also noted that these would be perfect for any Teenage Mutant Ninja Turtle lover (which happen to be nominated for favorite cartoon… can you guess who my son is voting for?)

How to Make Slime-Like Cupcakes

Starting with your favorite boxed cake mix, follow the instructions on the box and mix in a large bowl adding in 2-3 drops of green food coloring and 2 drops of yellow food coloring until you have the desired color. We were going for the “slime” match! Bake and let these cool while you make the pretend “slime”! While your cupcakes are baking, you can dye your frosting and fill your pipette with the frosting. I like to put mine in the refrigerator so it is nice and firm when I am ready to decorate. Now it is time to create your “slime”. We found this awesome video that does a a great job of explaining how to make the slime-green filling to perfection. Once this step is complete… the fun begins! 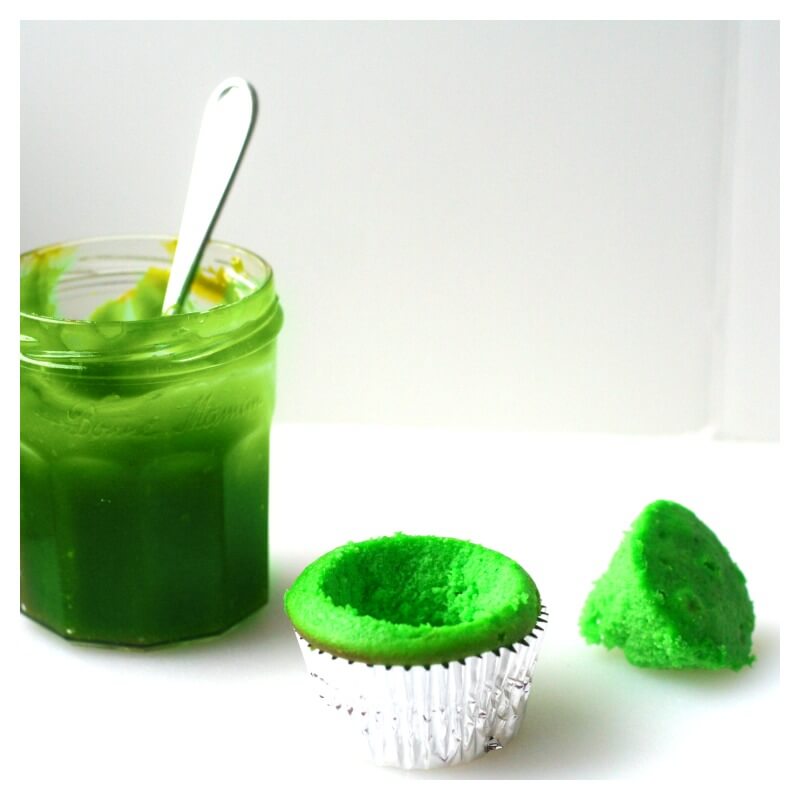 Now that your cupcakes and your slime-like filling are cool, you can start by cutting out a hole in the cupcake by tilting your knife inward. This will be the perfect place to fill your cupcake. 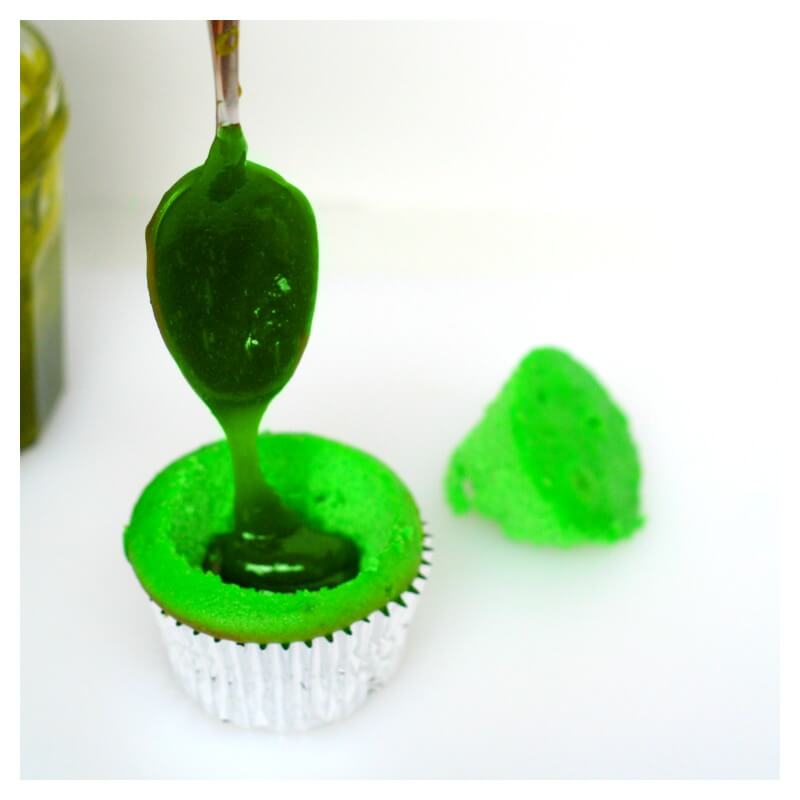 Fill your cupcakes to the top and cover with the lid you cut off. Before you do this, be sure to cut the tip of the lid off so that it fits snug as a bug on top. This step can get a little messy but thank goodness we had some new paper towels handy from our sponsor,Bounty. 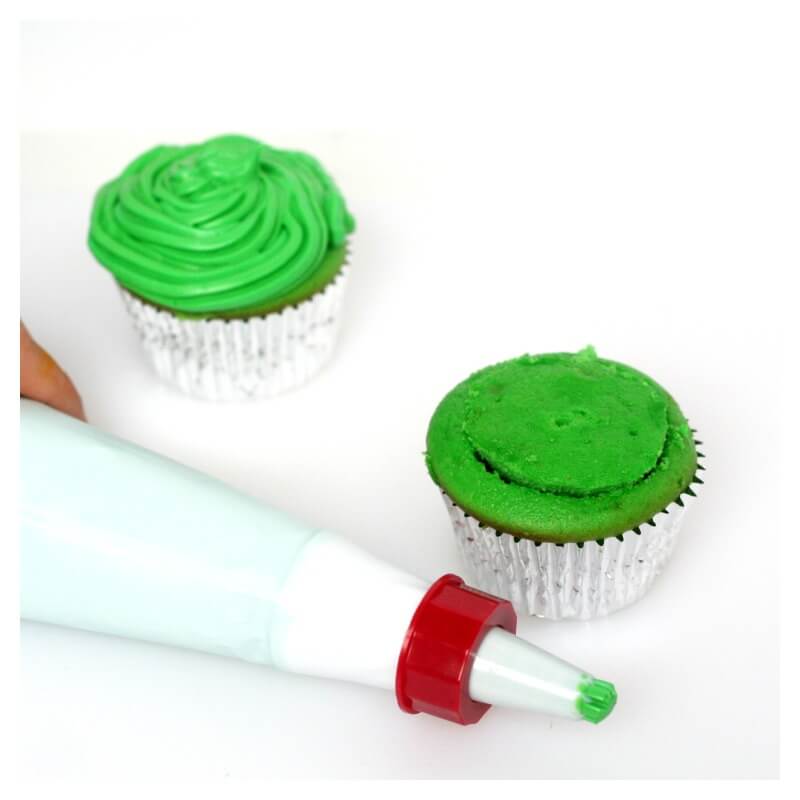 My son absolutely loves decorating the cupcakes with me every time we make cupcakes and this time was no exception. You can make the design on the top of the cupcake resemble anything you want or let your kids decorate for a little more fun and involvement! 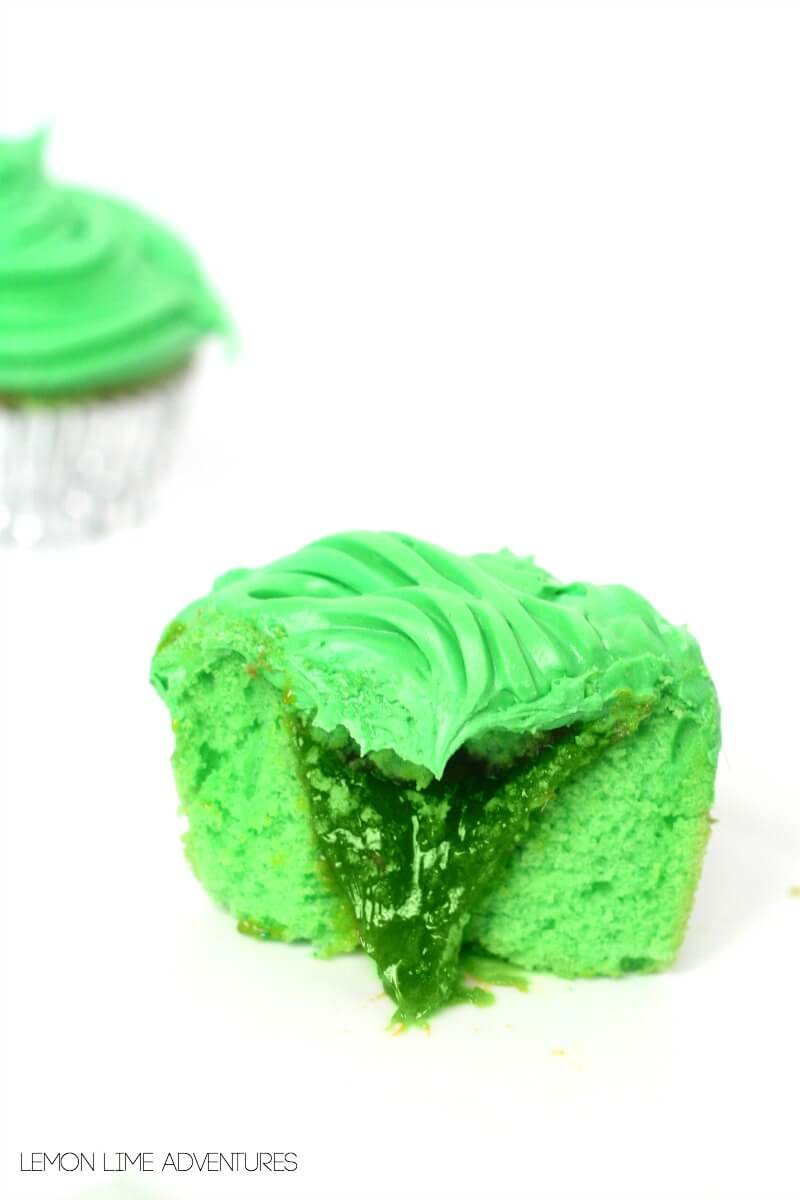 Once you have done all of those steps, your slime cupcake is ready to go! Just slice it open and enjoy the slime-like cupcakes! We love slime! Don’t worry about the mess either! We love messes! 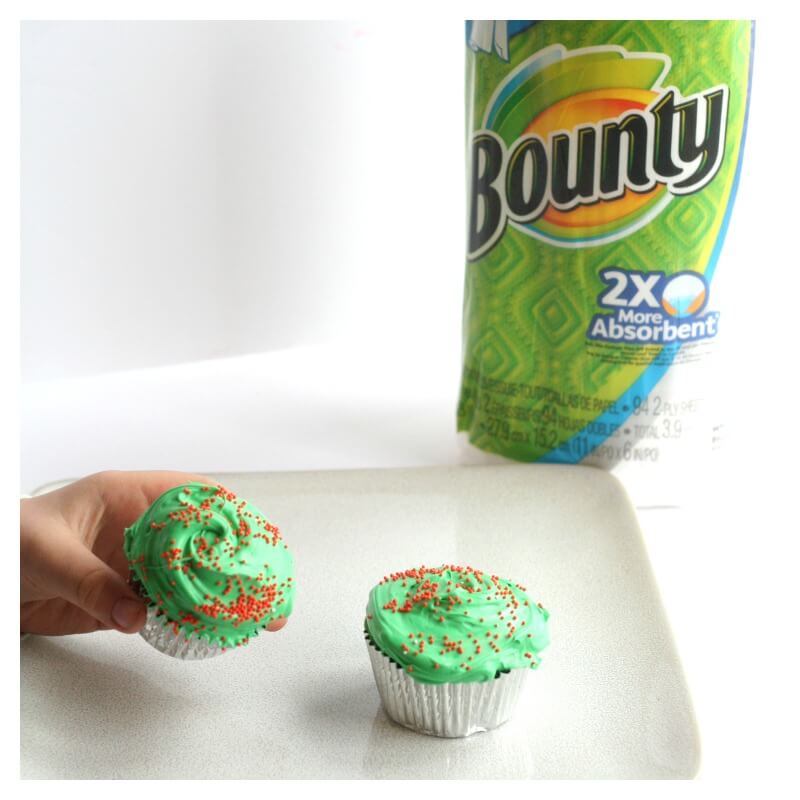 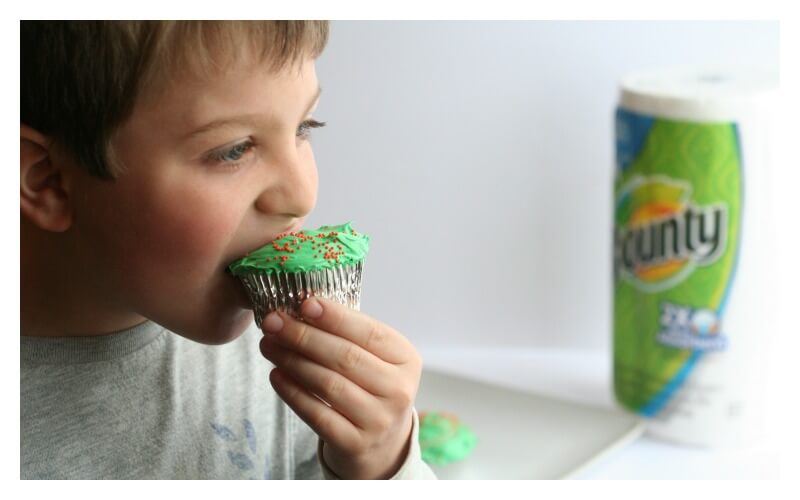 Oh, and what fun would a kitchen experiment be without a true look at behind the scenes. We had a tiny hiccup in our creation (other than needing quite a few paper towels). Check out our epic Slime-like Cupcake FAIL! Apparently we should not have made the “light and fluffy” cupcake mix. Next time I will try a denser mix for sure! 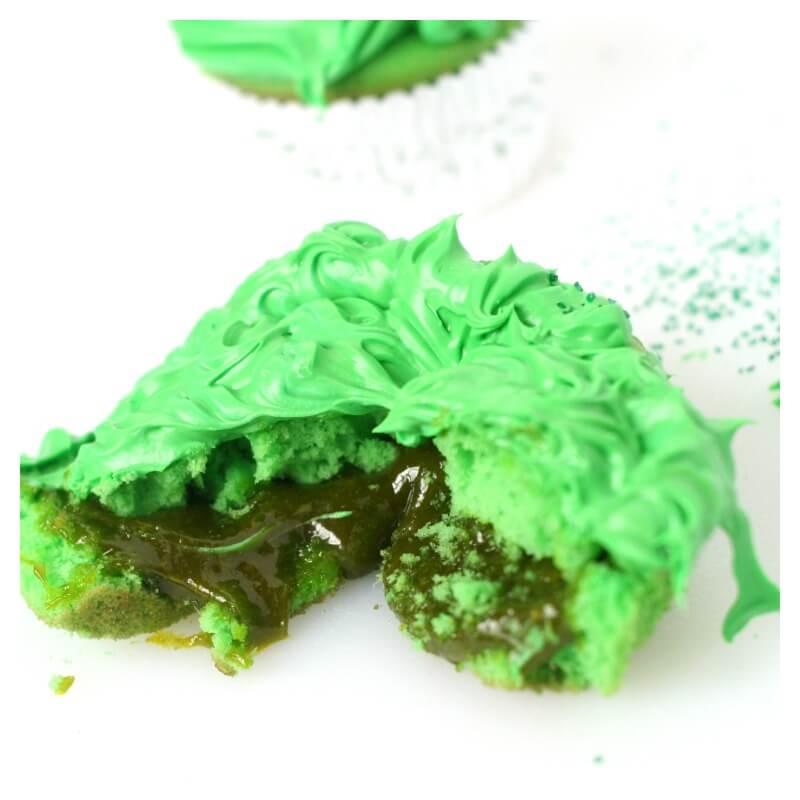 Not enough slime in one setting? Don’t worry! You can get more slime content and tweet your own with #SlimeOn. You can even find out more about the 2015 Kids’ Choice Awards and the @NickBreaks Keep The Slime Rolling Tweetstakes by visiting these pages: