Slime has taken over the world. Have you seen? Stores are running out of glue and preteens everywhere are getting their hands messy with the ooze. You can find it on instagram, youtube, facebook live, even stores are sending out slime guides. It is everywhere. It doesn’t matter if you have been scared to death to try slime or you have never known where to start or you are just looking for a resource you can pin so you can have a list of everything you need to make slime in one place… this is your spot. I have taken all my love for slime and gathered an extensive list of everything you need to make slime. All kinds of slime. 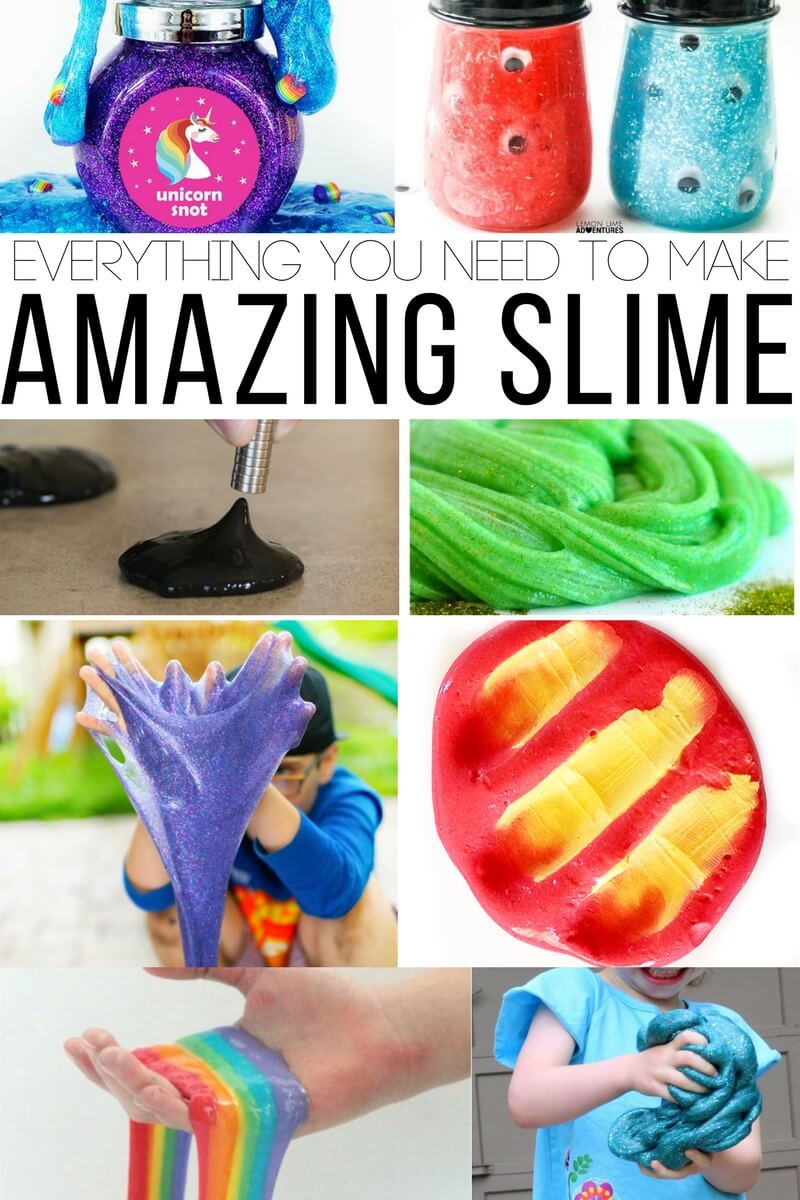 Let’s start with how to make simple slime. You can’t have a resource on everything you need to make slime without including a super simple recipe everyone can try. We did a lot of experiments a few years ago to find the most elastic slime and this is by far our favorite, most go-to recipe:

How to Make Simple Slime Without Fail

(can you see why stores are running out, which is why we order from Amazon 😉 )
1/2 cup of water

Here is the part that makes it fail proof… pour your glue into a mixing bowl and then fill your glue bottle again with water (1/2 cup usually does the trick). Pour this into your glue and mix until it is nice and mixed. Next (THIS PART IS IMPORTANT)… slowly add your liquid starch to your glue mixture as you mix until it starts to pull away from the sides of the bowl and makes a clump.

Everything You Need to Make Slime (A Complete Resource)

Some of the most simple recipes can be made using borax or liquid starch. Here are a few recipes to get you started. 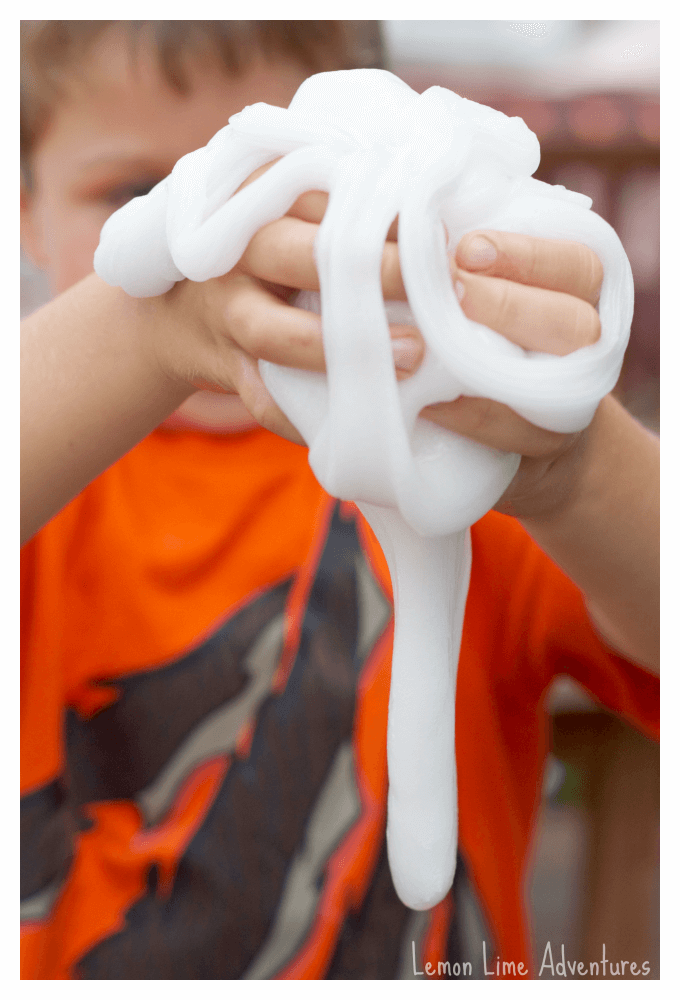 Trays to Play On

Containers to Hold Your Slime (or Share with others) 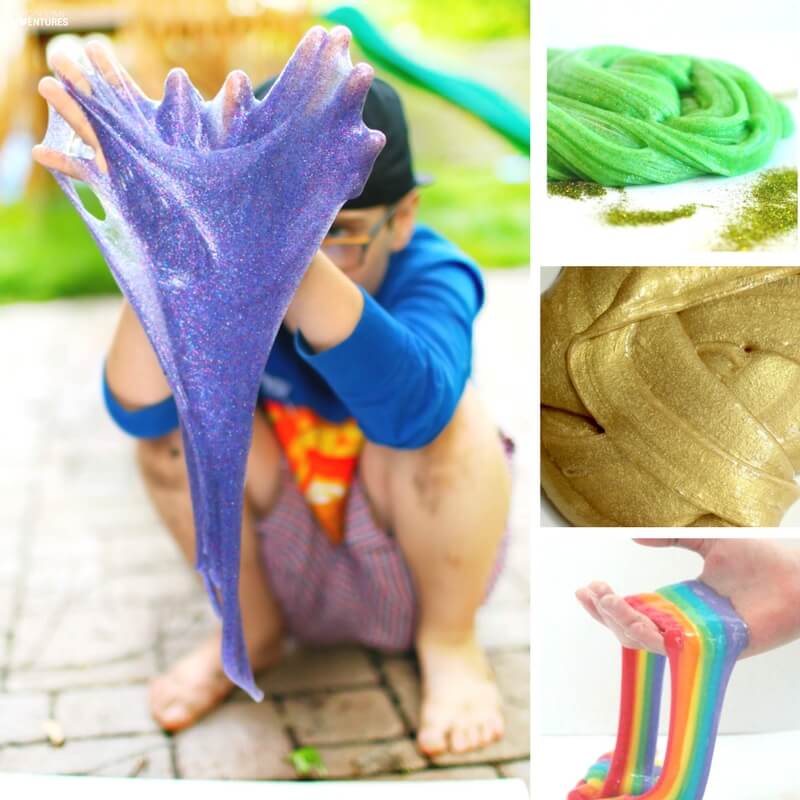 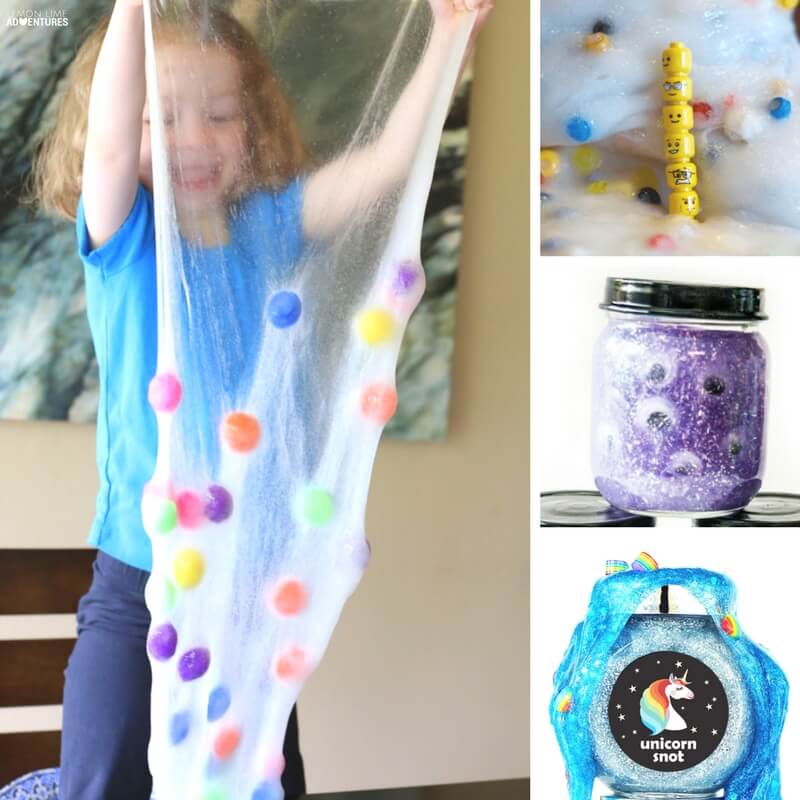 Materials to Make Your Simple Slime even Cooler:

Things to put in your slime to make them themed or even more awesome:

The list is literally endless with things you want to add. Think of a theme and get to adding. Remember, when you add things to the slime, it will change the elasticity of the slime and you might need to adjust the recipe just a tad.

Now, this is where things get a little fun. You can actually make slime with things that are NOT glue and borax. Here are a few of our favorite recipes so you can make the perfect slime. 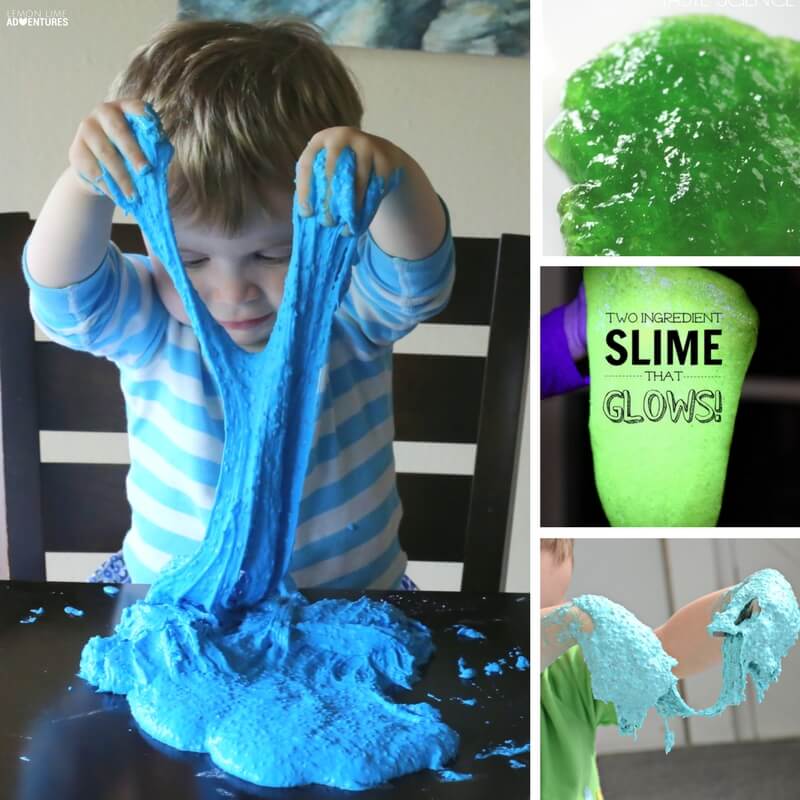 Materials to Make Slime Without Borax or Liquid Starch

(NOTE: My friend has the reasons and which detergent is best in her recipe here)

Fun and Crazy Slimes that Are Worth Trying

Finally, there are just some slimes that have crazy and unique ingredients that are worth trying at least once. We have tried most of these and you have to check out our favorites. 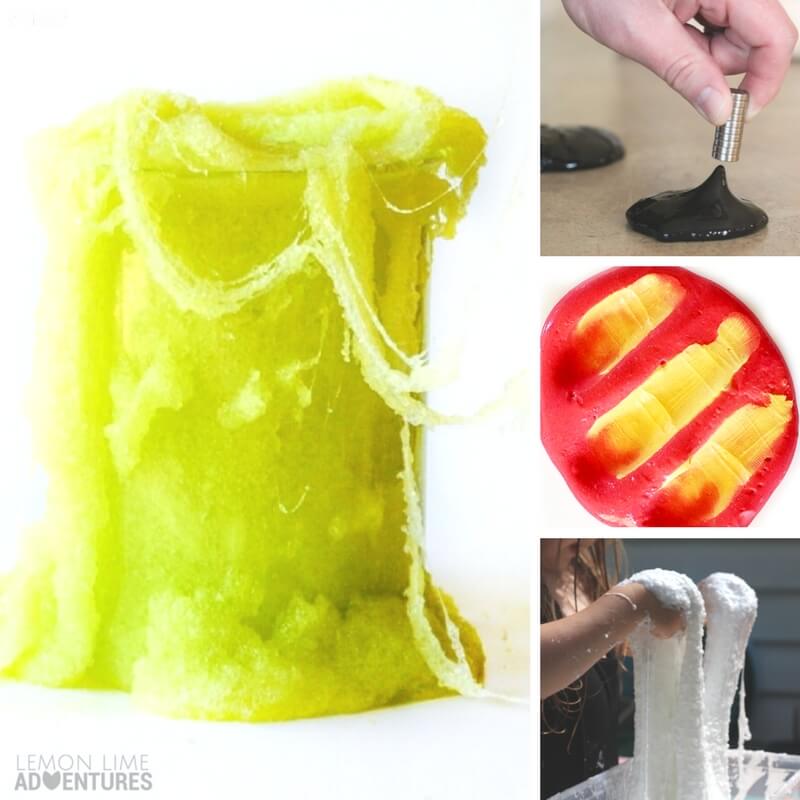 Phew… that was a lot of work, but I know you will thank me later for having everything in one place. There are so many amazing slime recipes out there and awesome slime ideas that I’ve decided to start a pinterest board and a facebook page just for slime.

If you have an awesome slime you’ve tried be sure to hop over and share so we can share with the world! 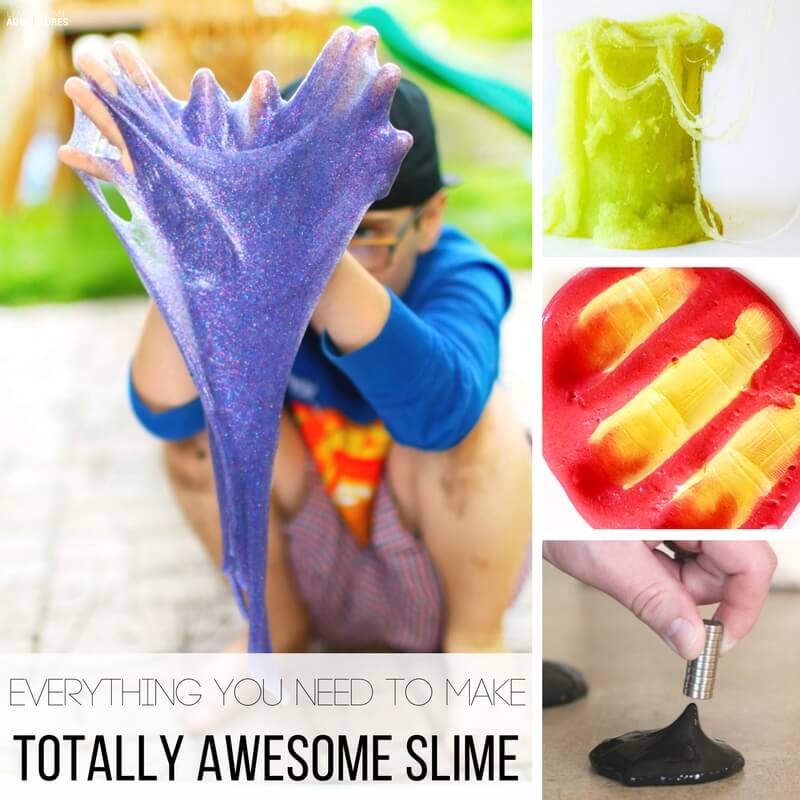