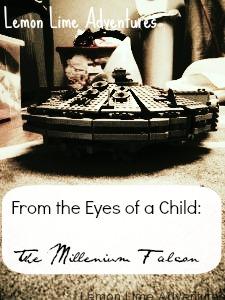 You might have guessed by now that Legoman loves Legos. No big surprise there right? Have I told you how much he loves them? Have I told you about how he has an uncanny ability to create things that are always symmetrical and intricate? Have I told you he spends hours on projects and kits, and challenges himself to complete kits that are meant for 14 year olds?

One year ago, Legoman recieved The Millennium Falcon Lego set for Christmas from his Nonni. The box says it is for 9-14 year olds, and contains 1254 pieces. At the start of last year, he needed some help with the sorting of pieces and finding all the tiny pieces but his building and following directions was impeccable. He didn’t finish. In fact it sat on a shelf for a long time. He had gotten it to a point it could be played with and didn’t have the motivation to finish it. As an adult, I can sympathize with him… there are projects I start that I just don’t want to complete because they seem too daunting.

Last week, for whatever reason, he got inspired to build again. This time with no help, no encouragement, no reminders to work. He was motivated. He was interested. This lead to 2 straight days of working on his masterpiece. When he was done, the pride was bursting from his chest. He couldn’t contain it.

He asked to borrow my phone to take a picture to send to Mr. X. I thought he might take 1 or 2 blurry pictures and we would be done. But no! When I checked my phone later, I realized why he had my phone for 30 minutes. That is when I not only realized just how proud he was of his work, but I realized how much he as been watching and observing me lately.

Note: I did not edit any of the following photos. I uploaded them directly to this post. I also did not guide him in any way in his composition, placement, or angles. 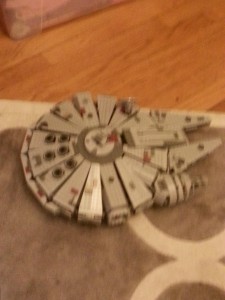 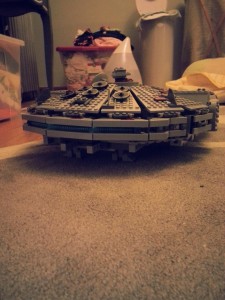 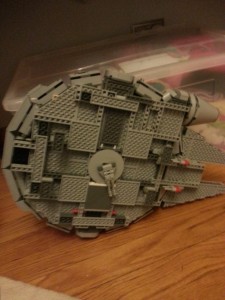 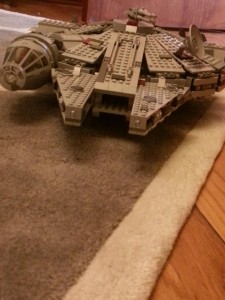 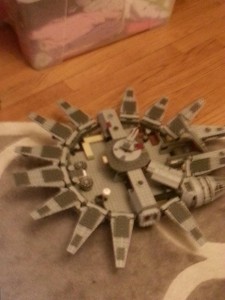 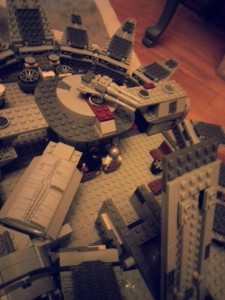 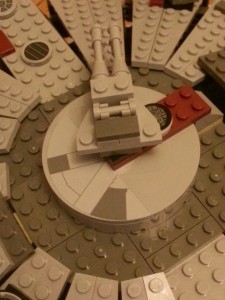 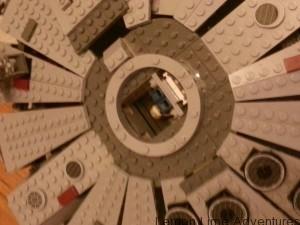 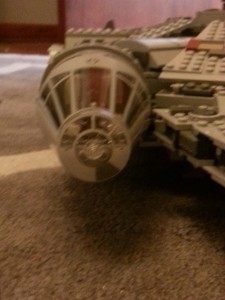 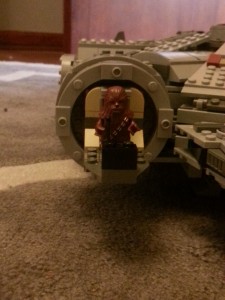 To you, this might be a silly post. It might be just a bunch of pictures from a proud mom. To me it is so much more. To me there is a lesson to be learned from looking at the Millennium Falcon the eyes of a child.

1. Desire, Motivation, and Interest drive us as humans to create and challenge ourselves

2. Sometimes we need to be given time. Time to ask for help. Time to take a break. Time to reflect. Time to be proud.

Legoman needed help at first. He got tired of the project. I could have stepped in and completed it for him. Pushed him when he wasn’t ready. But I let him complete it on his own timing. How can I remember this with other aspects of life?

3. Children are learning all the time. From what we say and what we teach them, to the smallest actions we have.

My child has watched me take pictures. He has watched me notice the details. He has paid attention, when I didn’t even know he was watching. What else is he paying attention to, that I don’t realize?

Have you ever learned a life lesson from something simple you have watched a child do? I would love to hear about it. 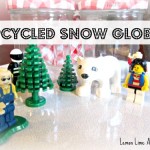 Did you see our Legoman Snow Globes?

10 thoughts on “From the Eyes of a Child: Lego Millennium Falcon”