If you are a regular here, you know there are two things we love most…Legos and sensory play. So, of course, we have combined the two to bring you another example of a Portable Sensory Bin. While this has been one of Legoman’s favorite sensory bins to date, it was not planned by me. 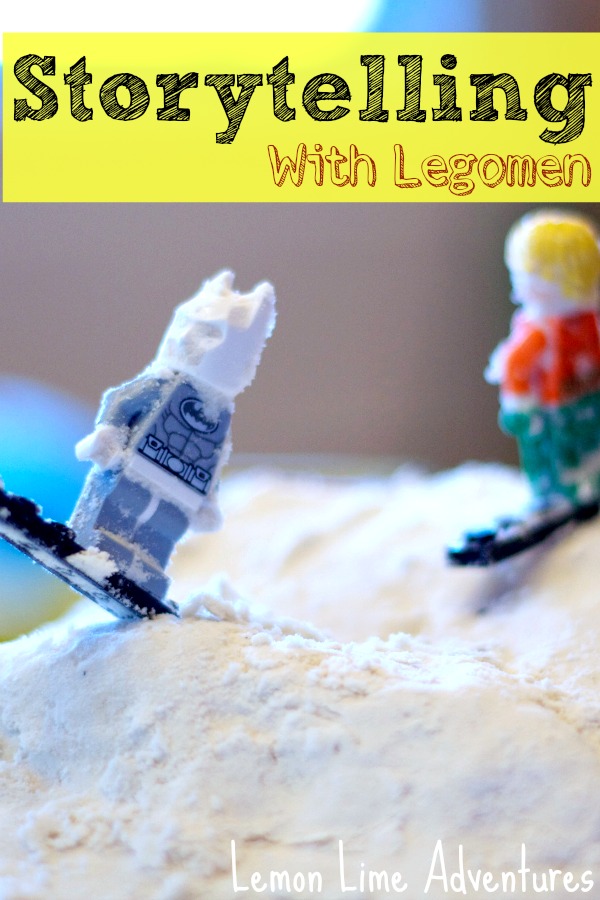 What Are Portable Sensory Bins?

In case you are new here, let me explain a little more about portable sensory bins before we get to our Lego Storytelling (which will be told by Legoman, himself).

The set up is easy.

Your favorite Sensory Dough ( We used this Cloud Dough Recipe)
A Plastic Container with Compartments: We love these Lunch Bins we got from Zulily.

We store all of the accessories in the top compartments of our travel bin ( for this bin, I had cookie cutters, rocks, and Lego Figures).

We store the sensory bin filler in the bottom( You could use cloud dough, foam dough, snow, flour, rice… the list is endless). 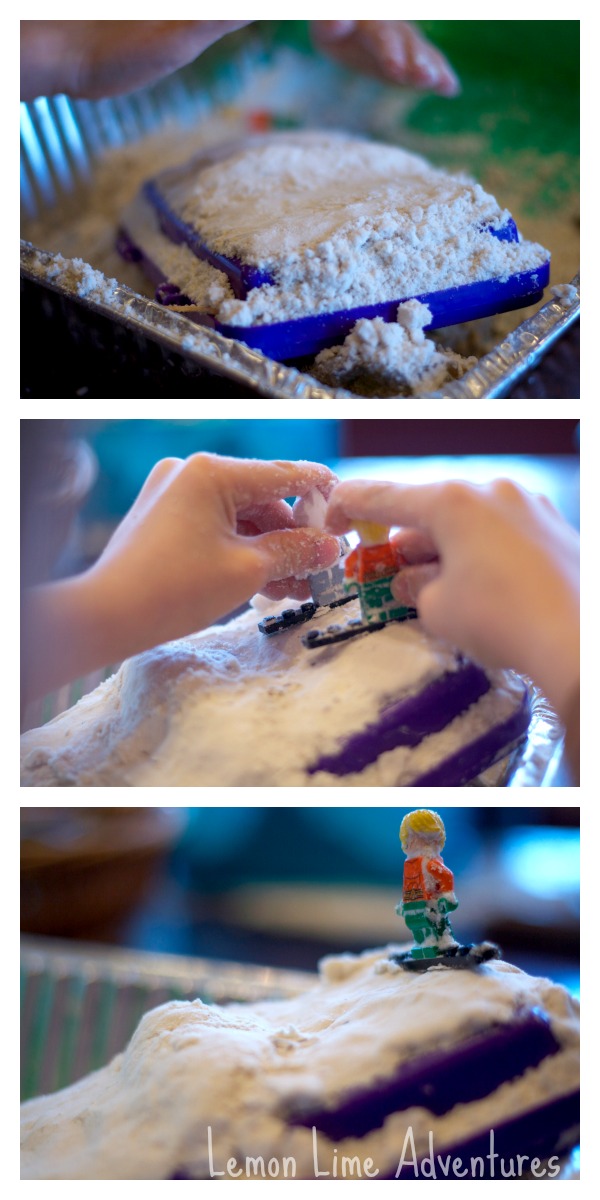 Legoman explored the sensory bin for some time before he did something unexpected. He took the lid to the bin, turned it upside-down and started to cover it with the cloud dough.  When I asked him what he was doing, he explained that his heros had challenged each other to a race.

He continued to set up each scene, ask me to take pictures and told the most amazing story.  I am excited to share his story with you below. 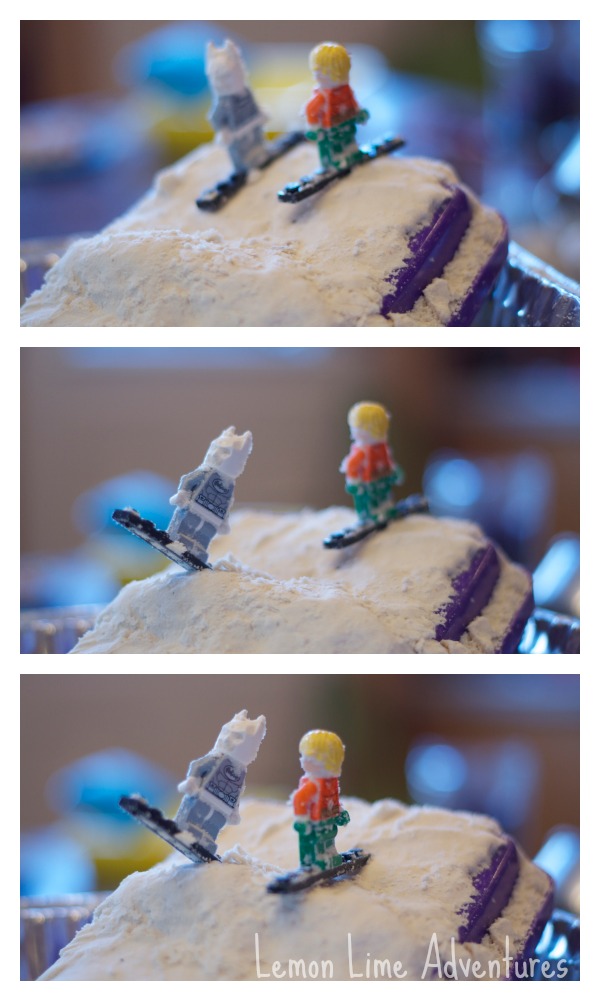 Once there were two heros who challenged each other to a race.

Batman’s board was slippery and fast.

Aquaman did not have a very fast and slippery board, but he did have some tricks up his sleeve.

Batman took off as fast as lightning. Aquaman was left behind.

Just as Batman finished his flip, Aquaman came in to do his trick. 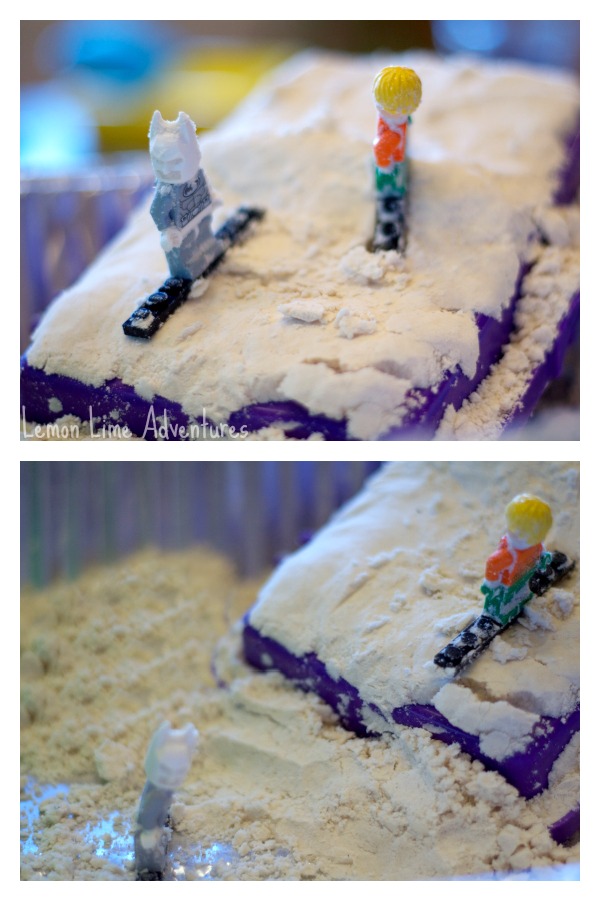 Aquaman thought for sure that Batman would not show off his winning.

But he should have thought again… 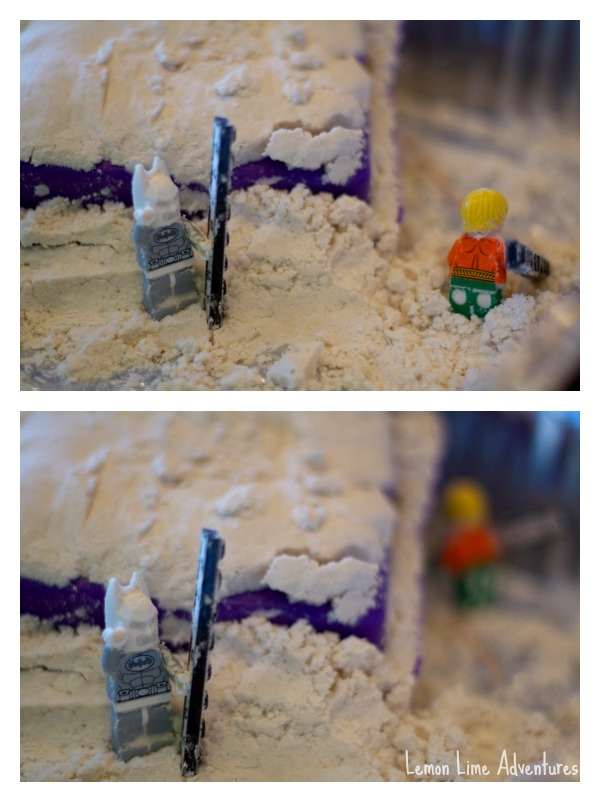 What Batman didn’t know is that Aquaman had a plan.

While Batman was bragging about his winning, Aquaman snuck off to show Batman the tricks that were up his sleeve. 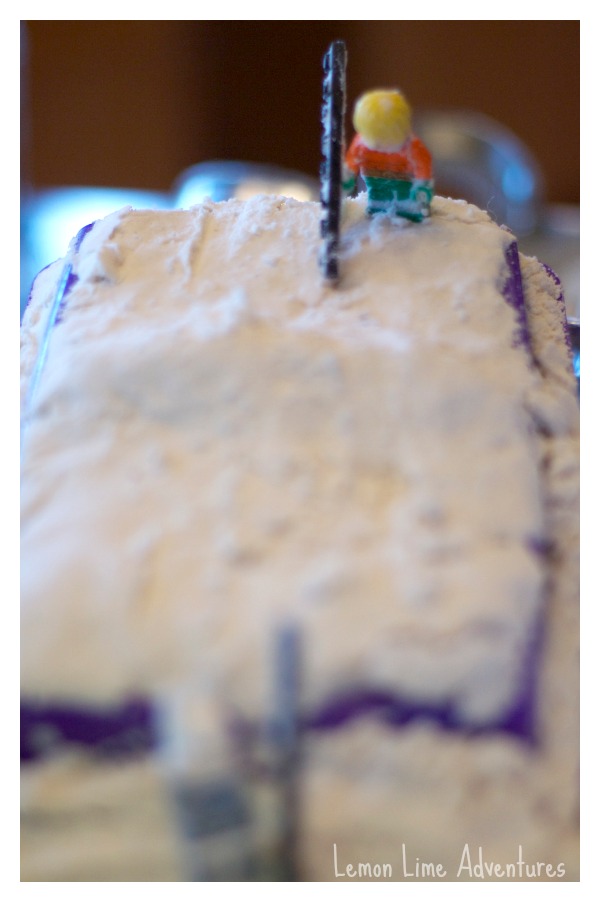 “You ready? I’ll give you a piece of me” said Aquaman, from the top of the slope. 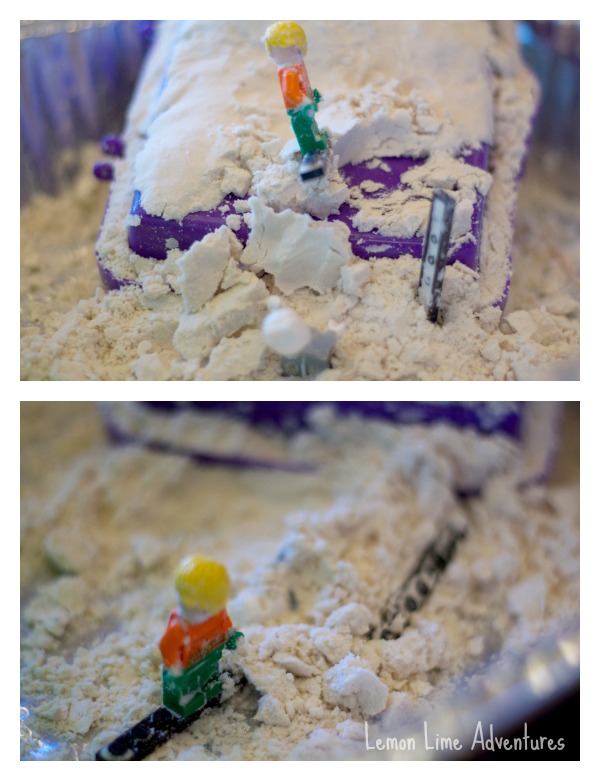 Just then, Aquaman realized what he had done… 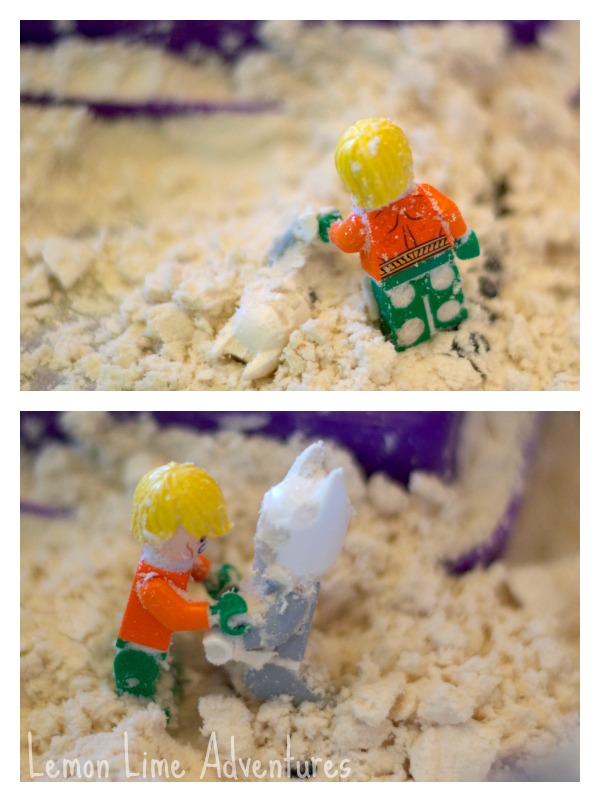 Aquaman gave Batman his hand and said, ” I am sorry for knocking you over. It wasn’t right. I felt jealous when you were bragging. It’s not good sportsmanship.”

After a big hug, Aquaman and Batman lived happily ever after…

I hope you have enjoyed his storytelling and scenes as much as I did. This is one proud mama. Want to know the best part? We were able to load these pictures into our favorite online story maker and create a book. Both boys really enjoy Storyjumper due to its ease and accessibility for young children. 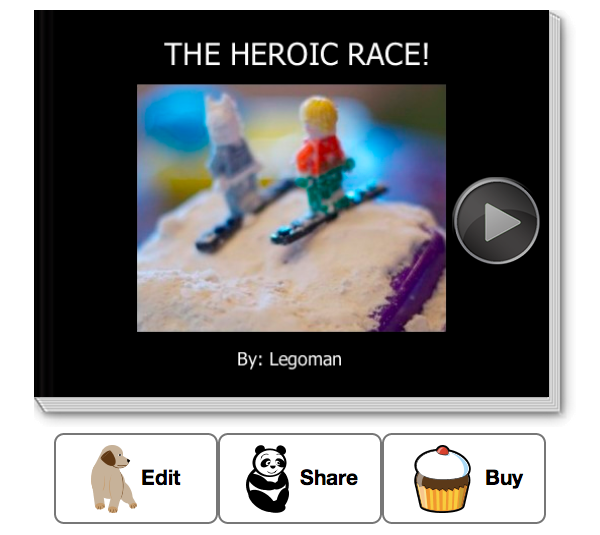 The best part is that it is FREE! I can’t wait to order this book for the boys to have it in our library, but for now we just keep reading it online.

Who knew a portable sensory bin could turn into so much fun and provide so many learning experiences? 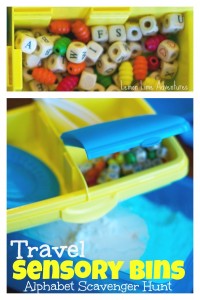 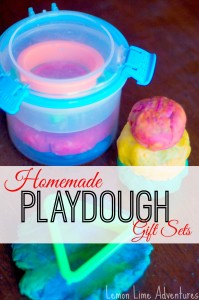 A Few of Legoman’s Book Recommendations


What is your favorite hands on material for storytelling? Do your kids prefer puppets, action figures, sensory dough or something else?